Does Studying Economics Make You a Bad Person? 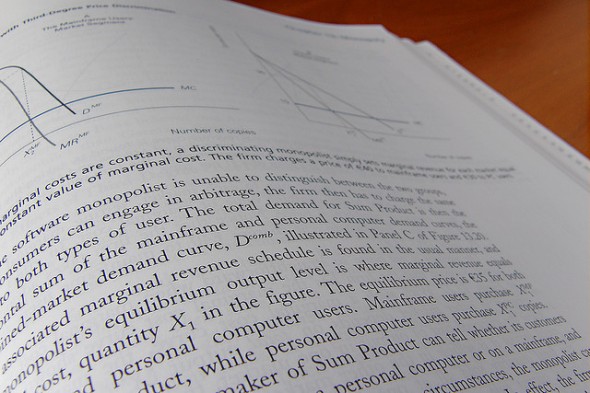 Adam Smith, considered the father of modern economics believed that industry and commerce are driven primarily by self-interest. Over the years, a number of researchers have suggested that studying economics is linked to a self-serving nature. A recent article from Psychology Today takes a closer look at the evidence to try and answer the question once and for all: does studying economics really make you a bad person?

Adam Grant, a tenured professor of management at Wharton University, evaluated data from multiple studies of the relationship between the study of economics and self-interest. Specifically, he looked at values in four key areas: altruism, greed, selfishness and corruptibility.

A 2000 study conducted in Germany found that economics students are more likely to be corrupted than students studying other majors. In the study, students were given a scenario which asked them to recommend a plumber to someone in need. Economics majors were found to be more likely to suggest an overpriced plumber if they were paid a bribe to do so.

A more recent survey looked at the degree to which economics majors were accepting of greed. The study, which was conducted in the wake of the housing collapse and subsequent economic fallout, found that economics majors generally had a more positive attitude towards greed and were more likely to exhibit greedy behavior.

Two other studies looked at selfishness and how economics students behave when asked to make decisions based on fairness. In the first study, students were given $10 and had to offer to divide the money with a peer. If the peer accepted the offer, they could keep the money but if the peer declined, they both walked away with nothing. The study found that on average, economics students attempted to keep 13% more money for themselves compared to students in other majors.

In the second study, students were given a set amount of money and they had to decide whether to keep it or put it into a community pool, where it would be divided equally between everyone. Students on average contributed 49% of their money but economics students kicked in just 20%. When the students were asked what they thought a fair contribution was, all of the students from other majors said half or more. When the economics majors were presented with this question, more than a third failed to provide an intelligible response.

Self-Selection of the Self-Interested

While the research suggests that the study of economics may play a part in breeding a more selfish nature, there’s another side to consider. Grant posed the question of whether the perceived selfishness of economics majors wasn’t actually due to self-selection, meaning their own self-interest attracted them to the field.

He noted a 2007 Swedish study which found that economics students were less likely to give money to help out their peers, compared to students from other academic backgrounds. The researchers argued that the tendency towards selfishness was present before the students began their study of economics.

Grant goes on to say suggest that if self-interest naturally propels certain students towards the study of economics, being surrounded by people with similar views only serves to heighten selfishness. A group mentality develops based on the belief that selfishness is a natural and rational state.

With economics ranking as the one of the 10 most popular undergraduate majors, the research linking the study of economics to a more self-interested nature is unsettling to say the least. Grant suggests that selfishness among economics majors can be curbed by requiring them to take courses in behavioral economics and social sciences, which tend to look at the needs and concerns of society as a whole rather than just the individual.

Trying to determine whether studying economics truly breeds selfishness is a little like trying to solve the age-old riddle of the chicken and the egg.