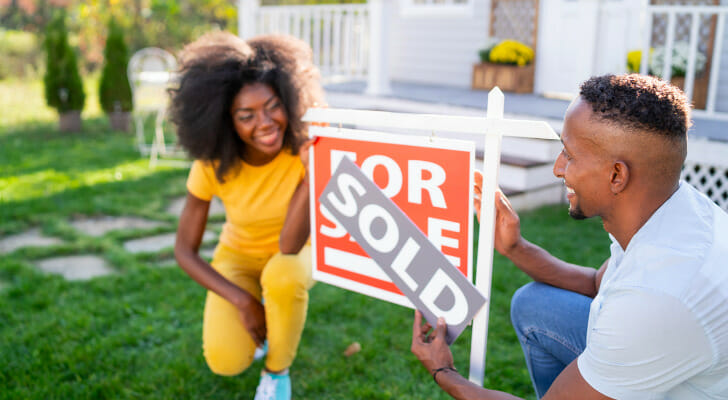 The homeownership rate in America peaked at a little more than 69% in 2004 before falling to 63.7% in 2016, according to U.S. Census data. Despite the fact that it has rebounded to a little more than 65% in 2019 overall, only 36.4% of Americans younger than 35 own their homes. It may be easier in some places, though, for this young cohort to buy homes. To that end, SmartAsset crunched the numbers to find the cities where people younger than the age of 35 are most likely to own their own home – and to see where this number has gone up in recent years.

To find the cities where more under-35 residents are buying homes, we compared the homeownership rate for this demographic in 2009 with the homeownership rate in 2019 for 200 of the largest U.S. cities. For details on our data sources and how we put all the information together to create our final rankings, check out the Data and Methodology section below. 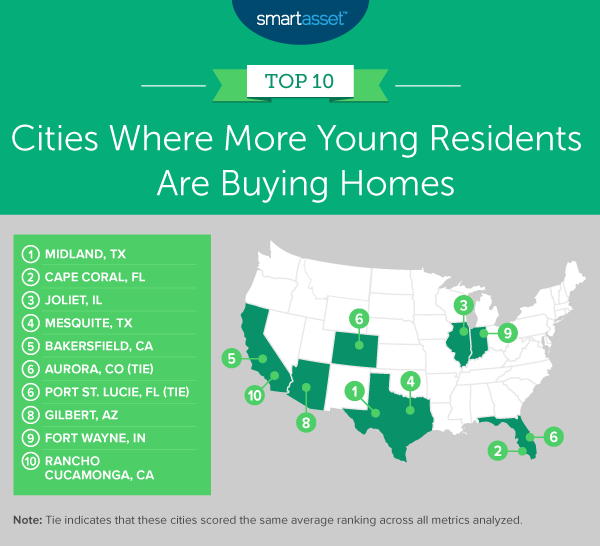 Midland, Texas has seen a 10-year increase of 17.11 percentage points in the homeownership rate among people younger than 35, the largest growth seen in this study. The total homeownership for that age cohort in 2019 was 52.42%, the fourth-highest rate we analyzed for that metric. Together, this makes Midland the top place where more young residents are buying homes.

The homeownership for younger Cape Coral, Florida residents in 2019 was 55.54%, the third-highest rate in the study for this metric. That’s an increase of 8.71 percentage points compared to 2009, the fourth-highest increase for this metric across all 200 cities we considered.

Joliet, Illinois, located about 30 miles southwest of Chicago, had a homeownership rate of 63.48% for under-35 residents in 2019, the highest rate of all the cities we studied. Joliet ranks ninth for the 10-year change in homeownership, increasing 5.48 percentage points from its 2009 rate of 58.00%.

Bakersfield, in central California, ranks 20th for homeownership rate among younger people in 2019, at 39.75%. That’s a 10.01 percentage point increase over the 10-year period from 2009 to 2019, the second-highest jump for this metric in the study.

Port St. Lucie, Florida has the fifth-highest homeownership rate among younger people in 2019, at 51.93%. It ranks 20th for its increase in that percentage from 2009, at 2.70 percentage points.

Gilbert, Arizona, located near Phoenix, has the eighth-highest homeownership rate among residents younger than 35, at 50.08%. That increased 2.69 percentage points since 2009, good enough for 21st place in that metric.

Fort Wayne, Indiana ranked 17th in both of the metrics we measured for this study. The homeownership rate among those younger than 35 was 41.24% in 2019, a 3.32 percentage point increase over the previous 10 years.

To find the cities where more young Americans are buying homes, SmartAsset examined data for 200 of the largest cities in the U.S. We considered two metrics: