The Best Places to Live in California 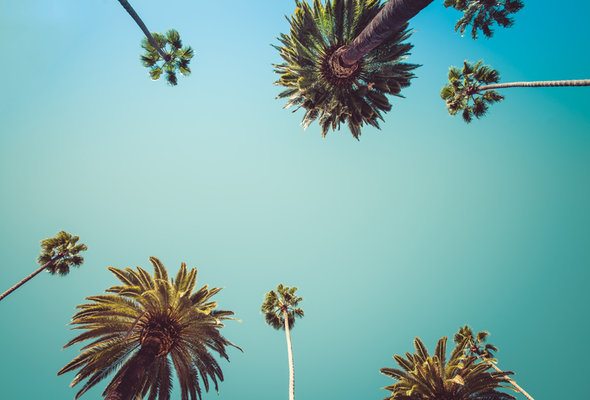 Many of us have dreamed of moving to California and enjoying what the Golden State has to offer. But not all California destinations are equally desirable. SmartAsset crunched the numbers to find the best places to live in California. Let’s take a closer look.

A great place to live can be hard to define, but SmartAsset took a crack at it. To find the best places to live in California, we pulled Census Bureau data on seven factors: median monthly housing costs, percent of people living below the poverty line, median home value, median household income, unemployment rate, percent of population that lacks health insurance and the Gini coefficient (a measure of income inequality). 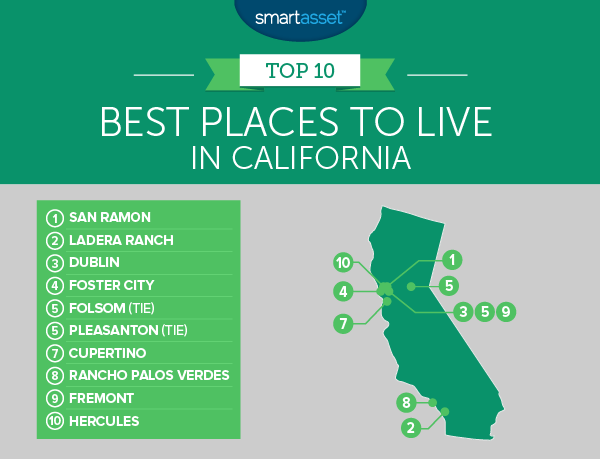 Located 34 miles east of San Francisco, beautiful San Ramon tops our list of the best places to live in California. San Ramon is the site of corporate headquarters for Chevron and 24-Hour Fitness, as well as being the West Coast headquarters of AT&T, Inc and the Global Software Center for G.E.

Because it scored well across all our metrics, San Ramon tops our list. The city has a median home value of $754,700. The median income in San Ramon is $128,916 and just 4.2% of the population lives under the poverty line. The unemployment rate is low (5.1%), as you might expect in a city with so many large employers.

The well-heeled residents of Ladera Ranch, California enjoy a high standard of living. The planned community in Orange County hasn’t been around long, but it’s already one of the best places to live in the state.

Residents of Ladera Ranch enjoy a median home value of $691,300. Median monthly housing costs are high at $3,099, however the median income of $134,435 puts high housing costs within reach. The unemployment rate in Ladera Ranch is just 3.6%.

Dublin, California is an East Bay suburb whose residents are well positioned to pursue a range of job options. The city is 35 miles east of San Francisco, 23 miles east of Oakland and 31 miles north of San Jose. No wonder the city’s unemployment rate is so low.

Foster City is the second planned city on our top 10 list. Visa and many other companies have their headquarters in California. The largest employer in Foster City is Gilead Sciences, which tells you something about the education level of the local workforce.

The median home value in Foster City is a whopping $897,200. Still, median monthly housing costs come in at $2,433, which isn’t astronomical (at least by the standard of New York, SmartAsset’s hometown). Moreover, Foster City residents earn a median income of $123,039, which helps put expensive housing in reach. Just 2.8% of Foster City residents lack health insurance coverage. That’s the lowest percentage of uninsured residents of any city in our top ten.

Have you heard the song “Folsom Prison Blues?” If so, you may be surprised to learn that the site of a notorious prison is now a thriving city. Tied for fifth on our list, Folsom is home to the headquarters of Intel.

The median home value in Folsom is a high $409,400. However, median monthly housing costs come in at $1,795 – downright affordable compared to some of the other cities on our list. The median income in Folsom is $100,978 and the unemployment rate is 6.4%.

With a name like Pleasanton it’s got to be good, right? The suburb, 25 miles east of Oakland, benefits from the hot job market in the San Francisco Bay Area. It’s a wealthy city that’s home to the headquarters of Safeway, Inc. and Blackhawk Network. No wonder it tied for fifth place in our study.

Cupertino is, famously, the site of Apple’s headquarters. Housing prices in Cupertino are high, but the well-compensated population tends to take that in stride.

You may be familiar with the name Cupertino, but we’re guessing you don’t know quite how good the city’s residents have it. The median home value in Cupertino is the highest in our top 10 (but not the highest in California), at $1,140,200. Median monthly housing costs total $2,577 and just 3.7% of residents live below the poverty line. The median income in Cupertino is $141,953.

Rancho Palos Verdes takes us further south in our list, to a city within Los Angeles County. Wealthy residents treasure their sea views in Rancho Palos Verdes. There’s even a Trump National Golf Club in the city.

Located in Alameda County, Fremont is another East Bay city that benefits from its proximity to San Francisco. Moreover, Fremont isn’t far from Silicon Valley. No wonder the city boasts thriving residents.

Finally, let’s take a look at Hercules, California, which is 10 miles north of Berkeley. The diverse city started out as a company town for the Hercules Powder Company. Now, however, the city no longer has an industrial reputation. Nature-lovers will appreciate the many parks and trails accessible in Hercules. 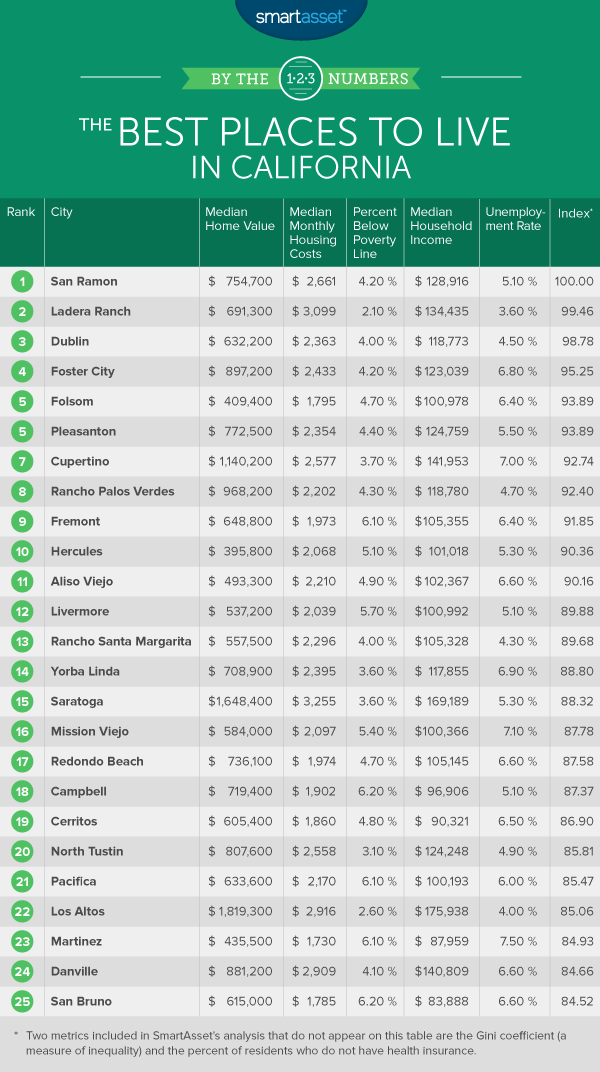 Data for our study on the best places to live in California all came from the Census Bureau’s 2015 5-Year American Community Survey. We used a population filter to include only cities with at least 20,000 residents. We finished, therefore, with 345 California cities in our study. The 345 cities were ranked using the following metrics:

We ranked each city on each of the seven factors and then calculated the average rank for each city across all factors. Each factor received equal weight in our analysis, however some factors were considered to be positive (a higher number is better) and some negative. Finally, we gave each city a score based on its average rank and then re-ranked the 345 cities to get our top 10 and top 25 lists.

All of the above metrics received equal weight in our ranking. However, they were not all treated the same when it came to deciding whether a higher number would help a city rank higher. Because these metrics all measure factors we wouldn’t want to be high in a city, the Gini coefficient, percent uninsured, median monthly housing costs, unemployment rate and percent living below the poverty line were ranked as follows: a lower number helped a city rank higher in our study. On the other hand, for median home value and median income a higher number helped a city rank higher.