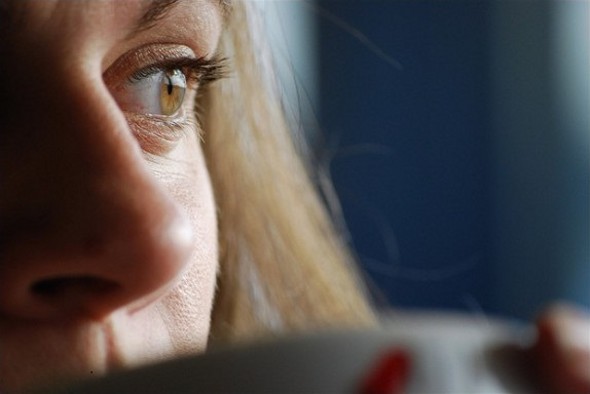 2006 may have been a forgettable year for most Americans.Unless you were a homeowner riding high on your ballooning net worth as home prices shot through the roof nationwide. If you were a  first time home buyer, you were finally living the American dream of home ownership even if you didn’t have a job.

The summer of 2006 was eye opening for me. I worked as an “intern” for a mortgage company on Long Island, where every morning I rode the elevator up  from the garage to the mostly vacant third floor. Exiting the elevator I would walk past the empty receptionists desk to my right and down the narrow gray carpeted hallway to a nondescript desk outside the “CEO’s” office.

For twelve weeks I made copies, and checked “Buy Your Dream Home Today for $0 Down”  direct mail letters for typos. Occasionally I’d overhear the boisterous laughing of a sweaty  retired New York City policeman turned salesman exchanging buzzwords with a loan officer as they moved yet another victim through the pipe line. Usually that phone call was followed by talks of where they would be drinking that night, and how the remainder of the commission would be spent on a massage, or a sound system for someone’s Mazda6.

Once a week I’d make cold calls for the “Free Money Hotline” where our leads would usually  curse me out, or simply hang up. This work came second to listening to this brand new thing called Pandora,  two hour lunch breaks and chatting up friends on AIM. Most Friday afternoons, I’d make myself scarce and stroll through the eerily empty third floor imagining what fly by night operation had left crop circles in the industrial carpet. When 5 PM came I’d make something up about the number of hours I worked (even when I was late I was there before my boss), collect my paycheck for $450 and proceed to forget about the week.

Housing prices nationwide peaked that summer at $206,520.  What followed was the greatest housing crash the United States had ever seen. The subsequent credit crunch brought the global financial system to its knees, the aftermath of which has the world’s economist racking their brains for a solution.

The credit crunch did have one positive effect- it drove down mortgage interest rates significantly. As of April 2013 the national average for 30 Year Fixed Rate Mortgages was a historically low 3.5%, more than half of pre-recession levels. Housing prices have kept pace  in metro areas like Las Vegas where the average home has lost as much as 50% since 2006.

The drop in prices and interest rates are  nothing short of shocking even after seven years of hearing about it. Maybe it’s because it’s just a number that doesn’t do justice to the amount of wealth that simply vanished almost overnight.  Or better yet,  these numbers doesn’t speak to the outright insanity of the pre-recession housing markets.  So we asked ourselves two questions: 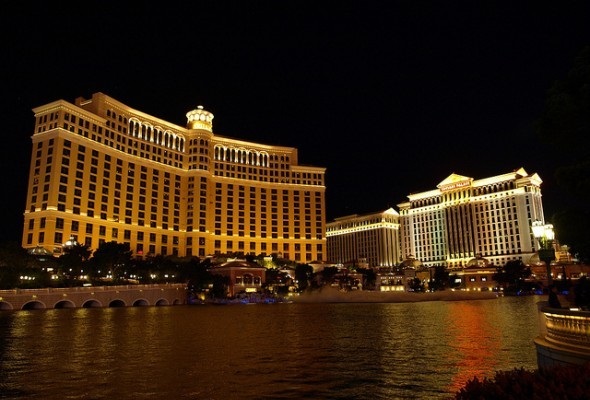 Las Vegas is the one metro area where home values have declined the most. Property values have slid  11.1% annually over the last five years, or around 55%. We were shocked at this figure but it didn’t really hit us how nuts things were until we look at the interest rate on a 30 year mortgage. It was nearly double the current national average.

The average Las Vegas resident would save about $17,724 annually if they purchased today, that’s a reduction of 71% in the monthly cost of living. That’s a lot of money, enough to buy you two nights in a Chairman Suite at the Bellagio Hotel ($6,000 a night) and still have about $5,000 to burn at the tables downstairs. 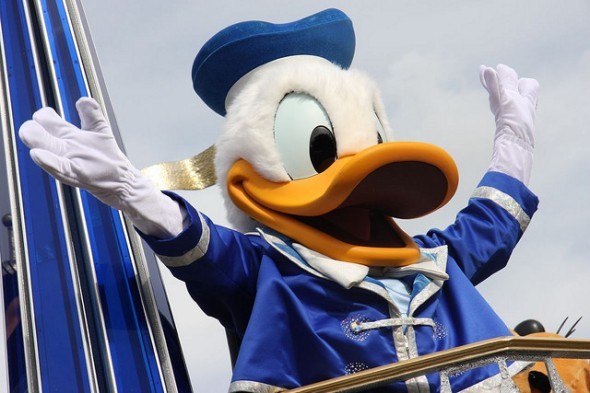 In addition to being home to Disney World, 100 mph car chases and overzealous neighborhood watchmen, Orlando is home to one of the hardest hit real estate markets in Florida. Home values have been on a steady decline since 2008 having lost an estimated 45.5% of their value. 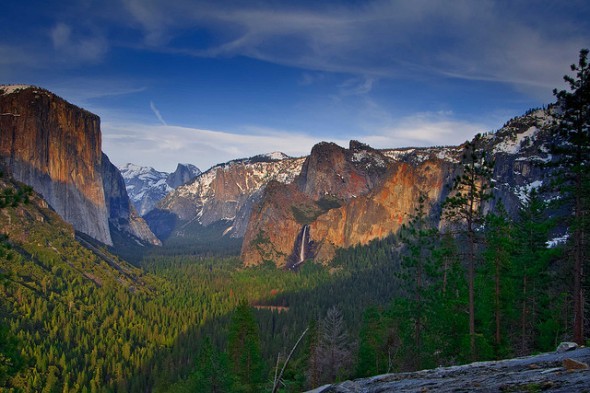 Merced, located two hours from Yosemite National Park- the nations most intoxicated park- is a small northern California city hard hit by the real estate crash. Yosemite aside from its spectacular views and endless natural beauty is apparently where many northern Californians go to be happy.

Officials have arrested or cited over 2,000 park enthusiasts between 2010 and 2012 for drug related offenses. We’re not sure if there is any correlation to the massive loses experienced by the surrounding real estate markets, but home prices in Merced have declined by over 45% in the past five years. That’s a reason as good as any to play escapist.

The average Merced resident could save$17,241 per year by refinancing today. That’s enough money to buy 4 pounds of California’s finest cultivated greenery. That’s a 71% decrease in the cost of living, no wonder everyone’s so happy. 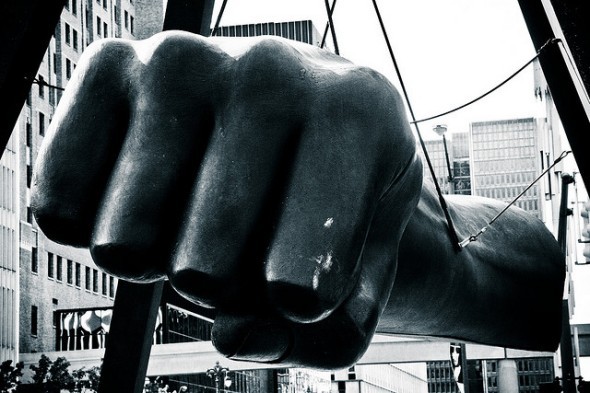 Detroit is the city hardest hit by the economic downturn. Not only did housing prices tank along with the rest of the nation, the industrial economy at its core essential packed up and moved to China…or Mexico…or Brazil. However, this was well underway well before there were signs of a housing bubble, meaning home prices were already low. Somehow home prices still fell 38% over the last five years.

The average Detroit resident would save $3,054.36 if they refinanced or bought a home today. That saving represents 38% decrease in the monthly cost of living. Which doesn’t sound like much of anything relative to the other cities listed here until you consider that you they are essentially giving property away in Detroit.

A Detroit resident with $3,377 burning a hole in their pocket could easily scoop up 30 of properties currently for sale at $100 a piece. Talk about depressed prices. Everything said and done you’d have plenty of beer money left over to sit at an empty bar and reflect on what you just did. 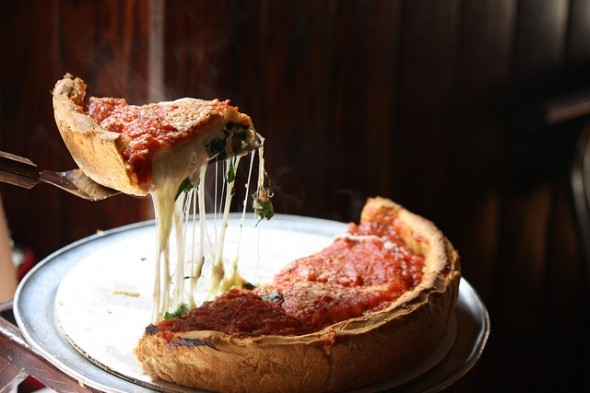 We like Chicago. We’re not entirely sure why but something about great pizza, a beach right at the city’s edge, or a strong appreciation for Kelsey Grammar’s rendition of cut throat big city Mayor Tom Kane. Our crush probably has more to do with Chicago’s real estate market, which  has become a true bargain thanks to miles of bureaucratic red tape recently as real estate values have slid 37% from their 2006 peak prices. Someone should scoop up some of these insanely cheap, recently restored properties before prices climb again.

By refinancing or purchasing a home compared to 2006 the average Chicago homeowner could save $10,604  or  590 pizza pies from Piece. Basically you could eat some of Chicago’s best pizza everyday for a year and a half with your savings. That’s a  54% decrease in the  monthly cost of living. 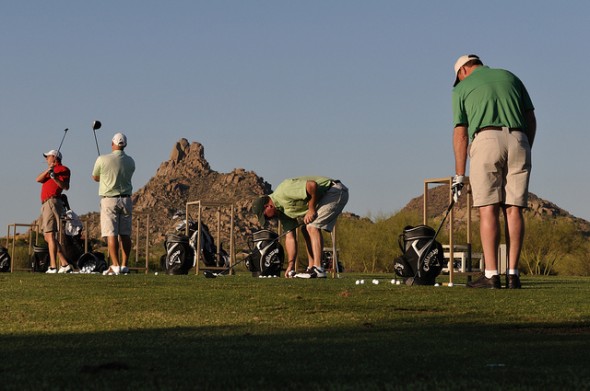 Tuscon, Arizona is quickly becoming a hot spot for would be real estate investors. We’re not entirely sure if that has to do with Tucson’s fantastic weather or the fact that real estate investors happen to be old. In any event Tucson has many, many golf courses catering to all generations of sun bathers, and with real estate prices having fallen over 30.5% over the last five years it presents a very real opportunity to the investor.

The average Tucson resident could save about $10,193 by refinancing today roughly the amount of 2,548 Titleist Pro V1 Golf Balls ($47.99 per dozen). That’s a 55% decrease in the real cost of living month over month. I’d move to Tuscon for that.

Have you refinanced your house or sold a property from 2006 recently? If so let us know how much you’ve managed to save in the process.