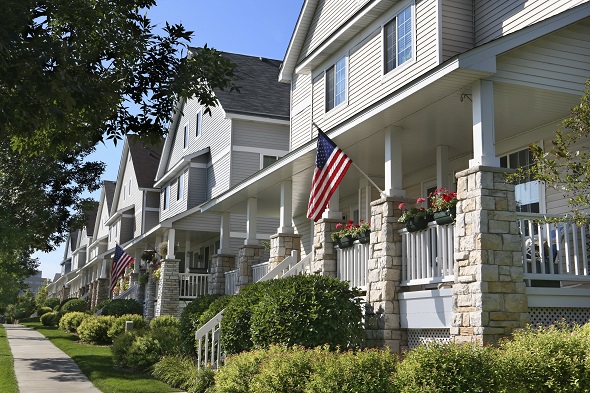 How far can the housing recovery take us? That’s the big question for 2015. Could prices once again reach the historic highs of early 2007, just before the housing crisis? In 2013, with the economic recovery underway, interest rates approaching zero and prices increasingly looking like a bargain, growth in the housing market was all but inevitable. Last year, however, growth was somewhat less robust, with fewer home sales and a slower rate of appreciation. So what does 2015 hold in store?

To answer that question, we looked at data and forecasts from nearly every national housing authority, including the National Association of Realtors, the National Association of Home Builders, the Federal Housing Finance Agency, the Federal Reserve and Freddie Mac. Below, we’ll take a deep dive into what we found, but the short answer is (to paraphrase Bill Clinton): it’s the economy, stupid.

Trends in Home Prices and Sales

The national Case-Schiller index tracks repeat-sales home prices across the country. It reflected national price growth of 1.3% in 2012, 9.6% in 2013 and 6.6% in 2014. The good news is that homes are still appreciating; the less-good news is that they are doing so at an uneven rate.

The chart below shows the fall and rise in the Case-Schiller index over the past five years. Index values are bench-marked to the year 2000 (when the index equaled 100), and are not actual home values. Also note that Case-Schiller is not seasonally adjusted—the lumps in this chart are reflective of the homebuying offseason, which typically lasts from October to February. 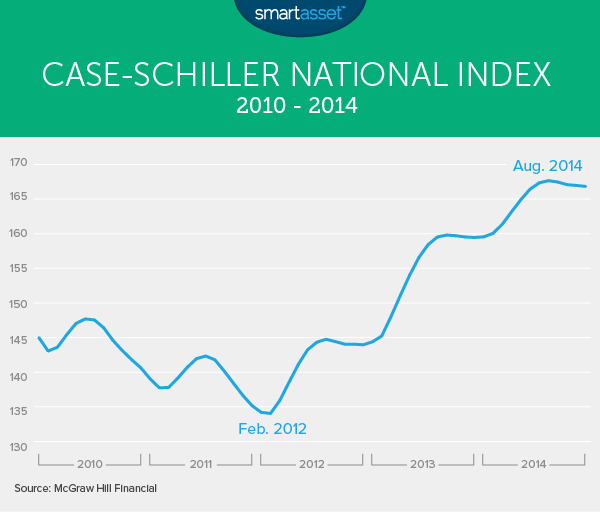 These national trends, however, have not been repeated uniformly at the local level. According to data from the Federal Housing and Finance Administration, the housing market in some metro areas in Texas, Florida and California, is as hot as it was in 2005 and 2006. In places like Houston, Miami, San Jose and Los Angeles, prices increased by more than 10% in each of the past two years. In Austin, Texas, prices increased by 9% in 2013—and 10% in 2014. Meanwhile, several areas, including Hartford, Connecticut and Winston-Salem, North Carolina actually saw prices decline last year.

It’s worth mentioning the role historically low interest rates have played in the housing market over the past few years, and how they might affect the market this year. The average rate on a 30-year mortgage during the 2000s was 6.29%. So far this decade, the average rate has been 4.19%, and in the first month of 2015 it was actually 3.67%. 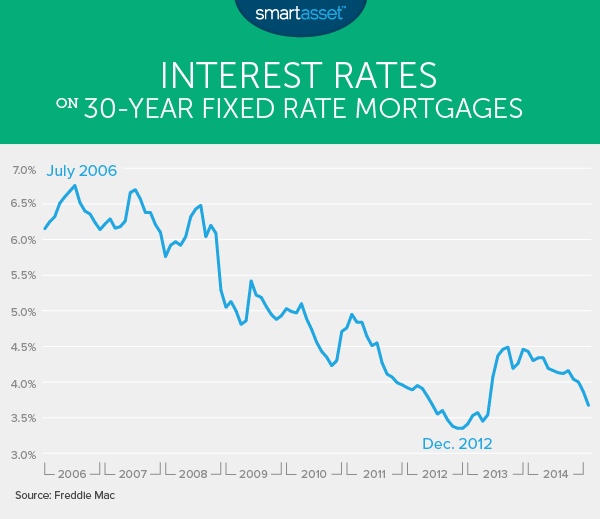 As long as rates remain this low, there will be a strong incentive for on-the-fence potential homeowners—people who, for example, might otherwise prefer to rent—to jump into the market, as mortgage payments will seem relatively affordable. Furthermore, when the Federal Reserve does begin to raise rates—which it will do eventually—there may be a brief surge of home-buying activity, as homeowners rush to secure a mortgage before further interest rate increases hit the market.

So will interest rates increase in 2015? The Federal Reserve’s own projections of interest rates over the next few years indicates that a rate increase between 0.5% and 1% is likely in 2015 (although, like everything in the economy, that could change).

So, given the impact of a possible interest rate change, as well as the regional variability in housing we’ve seen over the past year, what can we expect for the rest of 2015? Most experts are predicting slow growth in prices and home sales.

The National Realtors Association forecasts that sales prices of existing homes will average $218,500 this year, 5% higher than the $208,000 of 2014, and that new and existing home sales might reach 5.83 million in 2015, higher than in any year since the recession.

Freddie Mac, the largest originator of home loans in the country, has a similar assessment of sales volume in 2015, predicting that total sales (new and existing) will reach 5.6 million. Freddie Mac’s home price appreciation forecast is slightly more modest, however: 3.9% growth in 2015 and 3.4% in 2016.

Both of the above forecasts are based off of a predicted GDP growth rate of 2.9% and 30-year mortgage interest rates around 4%. Those are both in line with the Federal Reserve’s own forecasts: 2.6% to 3.0% GDP growth, and interest rates increasing slightly beginning at some point this year. If, however, either of those forecasts proves wrong, the market could look very different.

GDP growth in particular is hard to predict. A number of factors, including a potential Eurozone crisis and fluctuating energy prices, could potentially derail the economy. If that happens, the above forecasts may prove too optimistic.

It is also important to note the primacy of local factors in any housing market assessment. In cities with above average demographic and economic growth (which includes many of those same cities in Texas, Florida and California mentioned above), the housing market will be less susceptible to outside economic events.