Where Homeowners Can Save the Most by Raising Credit Scores 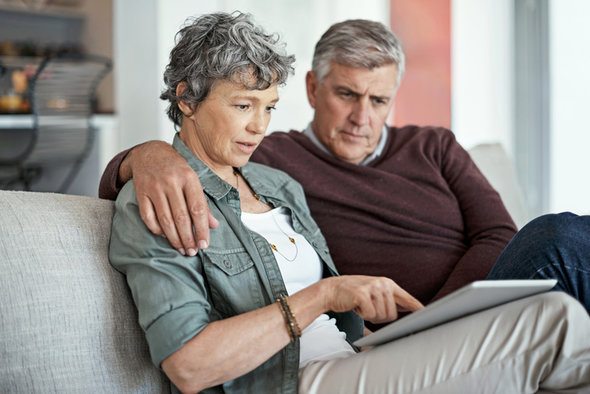 In order to estimate how much a homeowner could save on their mortgage by raising credit scores, we compared interest payments on mortgages before and after a 50-point increase in average credit scores. Read our data and methodology below for a clearer picture on how we did this and where we got our data. 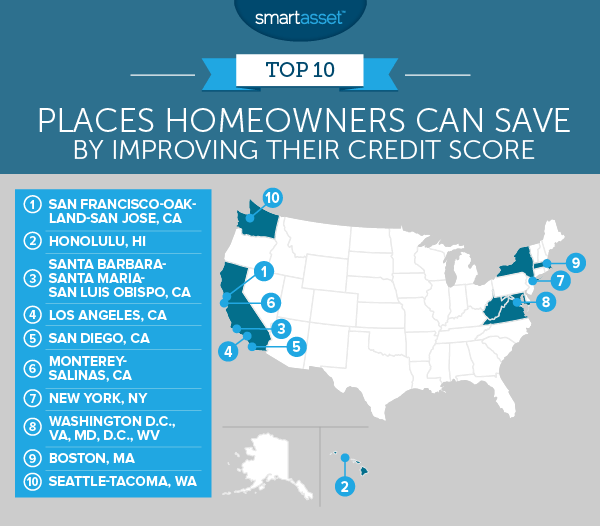 Residents in the Bay Area face some of the highest housing costs in the country. According to our data, the median home here is worth about $718,400. This means there’s plenty of room to save for residents who can improve their credit scores.

This would yield savings of just over $75,160 over the life of a 30-year mortgage. One good thing in Hawaii homeowners’ favor is the low property taxes. Hawaii has the lowest property tax rates in the nation.

While that change in interest rate may not seem like much, anyone who has ever bought a home will know it’s significant. Overall we estimate that potential homeowners in this metro area could save just over $65,000 in total interest payments over three decades by improving their credit scores by 50 points.

The median home in the Los Angeles area is fairly expensive. According to data from the U.S. Census Bureau, the average home was worth about $540,600 in 2015. By moving the average credit score here up 50 points, we estimate that the expected mortgage rate drops from 4.44% to 3.87%.

That $2,000 could go toward retirement savings. After all it’s going to cost a lot to retire in San Diego! Or it may be a good idea to use that $2,000 to pay off credit card debt you may have.

The final California metro area to crack our top 10 is Monterey-Salinas. Residents here have an average credit score of 676. Based on that number, we estimate the average person would be approved for a mortgage rate of 4.56%. After raising credit scores by 50 points, we estimate that residents could unlock access to lower mortgage rates, around 3.98%.

By moving the average resident’s credit score up 50 points, we estimate that they may be approved for a mortgage rate of 3.87%. That would lower overall interest paid to $286,457.

Residents in the nation’s capital may be leaving a lot of money on the table. According our data, by raising their credit scores by 50 points, the average resident could save just over $48,000 over the life of a 30-year mortgage. That means monthly payments on the median home (worth $401,500) would go from $2,028 to $1,894.

Keep in mind these estimates do not include other factors which influence total monthly payments, like property taxes. If you are wondering how much property taxes affect your buying decision, our mortgage calculator can help.

Residents in the Boston area have done a great job keeping their credit scores high. Boston residents have an average credit score of 698. This means they are in the range to qualify for some of the best money-saving personal finance tools. These include low mortgage rates in Massachusetts and low APR credit cards.

In order to find the places where homeowners could save the most by raising credit scores, we analyzed data for 199 metro areas. Specifically, we looked at the following three factors:

Tips for Saving Money on a Mortgage

If you are a homeowner, you probably know that by the end of your 30-year mortgage you will end up paying almost as much in interest as you did for the home.