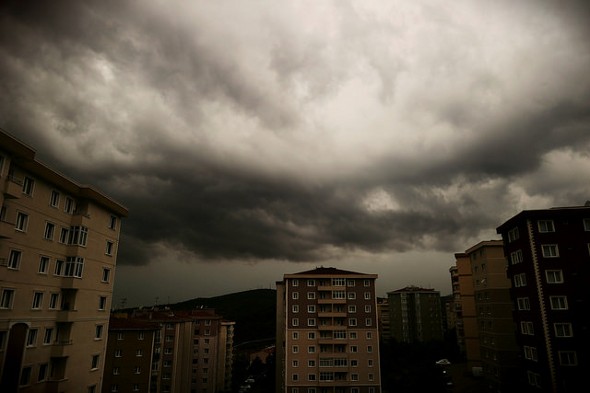 We’ve all heard the clever pun about what happens when you assume, but there are indeed real-life consequences to mistaken assumptions, and they can be expensive. A few years ago, the National Association of Insurance Commissioners released a survey that found a large percentage of homeowners had misunderstandings about what is covered by their homeowners policy. The survey found that 68 percent of people thought a car or boat stolen from their property was covered. They’re not. Twenty-two percent believed that stolen pets are covered. They’re not. The list goes on and on. Here are some of the top assumptions homeowners make about their insurance:

As far as your homeowners insurance is concerned, there are two types of water damage: what they’ll pay for and what they won’t. Homeowners insurance does not cover flood damage. Many of you are now wiping your brows and thinking, This doesn’t apply to me because I don’t live in a flood plain. That’s your first mistake. The danger of flooding is not only for people who live in low-lying areas close to water; flooding can happen almost anywhere to almost anyone.

For example, take the number one cause of flooding: rain. Your homeowners insurance protects you from damage caused by rain when it falls from the sky. Once it’s on the ground, though, it’s no longer covered. That means if your roof blows off in a storm and rain gets in, your insurance will pay for the damages. However, if it rains heavily and water runs off your lawn and through a basement window, you’re not covered. That’s because once the rain hits the ground, insurance companies consider it flood water.

Buying a Home: Do You Need Title Insurance?

With only rare exceptions for multi-million dollar homes, insurance companies will not sell you flood protection. You can, however, buy flood insurance through the federal flood insurance program.

Between 1974 and 2003, 42 states had at least one earthquake, according to the USGA. Alaska led the pack with more than 12,000, and West Virginia was tied with Louisiana and Rhode Island with one apiece. Even minor earthquakes can cause tens of thousands of dollars in damage to structures, with older homes being most vulnerable. Yet most standard homeowners policies do not offer earthquake protection. The good news is that adding earthquake coverage in most states can be done with an inexpensive policy rider.

Volcanoes are a good news-bad news proposition when it comes to your homeowners policy. The good news is that your standard homeowners policy does protect you against damage caused by a volcanic explosion, ash and lava. The bad news is that you are not covered for damage from earthquakes and ground movement caused by a volcano. You’re also likely not covered for land and mudslides that are triggered by an eruption.

When faced with a hurricane, Popeye might say, “Well, blow me down and my insurance will cover it.” He’d be right: wind damage from hurricanes is covered, and so is rain that gets in through a damaged roof or broken window. What is not covered, however, is wind-driven water. That includes tidal surges and water that blows off lakes, which can be protected by federal flood insurance.

Are You Covered? Home Insurance Loopholes

In states that have a significant hurricane risk, the cost of insurance may be substantially higher or require higher deductibles. Most of the states with a greater risk of hurricanes have government-sponsored plans for those who cannot afford coverage on the open market.

The Sky Is Falling

Sometimes Chicken Little is right: the sky does seem to fall and crash into houses. While blue ice from passing airliners is not a natural disaster, meteorites are. Fortunately, both are completely covered by standard homeowners insurance. I mention them so that you have one less thing to worry about.