Bitcoin: What Is It and Why Should You Care? 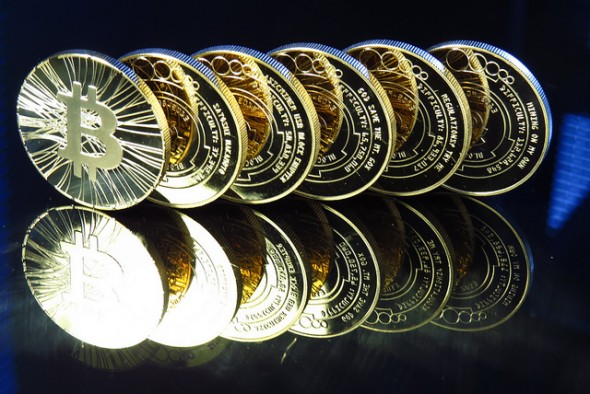 Bitcoins have been making headlines lately, most recently when a UK man threw out a hard drive containing approximately $9 million worth of the digital cash. In certain arenas, the bitcoin is being hailed as the currency of the future. But many people are still in the dark over what exactly it is. If you’re having trouble wrapping your head around the concept of the bitcoin, here’s a breakdown of what you need to know.

Bitcoin is virtual money that is created and exchanged independent of the banking system or government authority. Bitcoins are made through a process called “mining” which involves the use of computers to solve extremely difficult mathematical equations. Once the problem has been solved, the computer generates a specific number sequence that’s assigned to the bitcoin.

Related Article: 3 Places to Live If You’re a Tech Guru (Besides Silicon Valley)

The bitcoins are part of a worlwide network that’s controlled by its users. If mining seems too hi-tech, you can also get bitcoins by accepting them from other users or buying them on sites like Coinbase. You decide how much you want to spend and how many you get is based on their current value.

The bitcoins get their value based on supply and demand. Currently, there are an estimated 12 billion bitcoins in circulation and production is expected to stop once the total number hits 21 billion. Initially, the digital currency was worth just pennies but in recent months, the price of a single bitcoin has surged to more than $1,000 based on updated exchange rates. The total value currently in circulation is now just over $1 billion.

Bitcoins are used to make virtual payments on a peer-to-peer basis. You simply download an app to your computer or mobile device which allows you to store your bitcoins in a digital wallet. Once you begin accumulating bitcoins you can use them to pay for online purchases, trade or exchange them with friends or sell them. The number of vendors that now accept the virtual currency is steadily growing. You can use sites like Coinmap to find local spots where you can spend your virtual cash.

Since they’re not regulated by the government or banking industry, you can transfer money instantly to anywhere in the world at any time without being subject to holds, fees or exchange rates. Transactions made with bitcoins are secure and anonymous, which means your personal information is never at risk.

Bitcoin transactions are irreversible, which protects merchants who may be at risk for losses resulting from fraudulent transactions, including fraudulent chargebacks. They also don’t carry the fees that are sometimes associated with processing credit or debit card charges, which can eat into profits.

While the anonymity and security of the bitcoin network is beneficial to merchants and consumers, it’s problematic for law enforcement when it comes to detecting and preventing virtual crime. In October, the FBI announced that it had shut down Silk Road, an online black market for illegal drugs whose users conducted transactions solely via bitcoins. Just a month later, the site was back up and running, with bitcoins once again the currency of choice.

The other big drawback of the bitcoin is that it’s extremely volatile compared to other types of currency. Prices have fluctuated wildly over the last year and the recent surge in value has lead to numerous predictions that a bubble is imminent. If you’re looking at bitcoins purely from an investment perspective, there’s a significant amount of risk involved.

Related Article: How to Make Smart Investments on a Small Budget

The Bottom Line for the Bitcoin

Without government regulation, it’s unclear whether the bitcoin is just a fad or if it could become a widely accepted form of electronic payment. In the U.S., lawmakers have been taking a closer look at bitcoins but there are currently no plans in place to limit or control its use. While its future is uncertain, it seems clear that the bitcoin isn’t going anywhere anytime soon.