How Retirement Savings Behavior Is Changing by Income, Age and Race 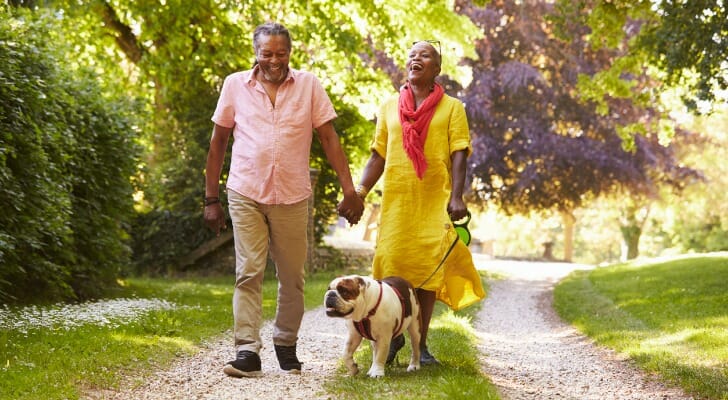 Back in 1989, the average American could expect to live until 75. Roughly 27 years later, the average life expectancy in the U.S. has crept up to nearly 79 years. But while the increased life expectancy is certainly good news, it is also a double-edged sword for Americans when it comes to financial planning. Given that they are living longer, Americans need to be more prepared than ever for retirement, whether that’s in building their own savings in tax-advantaged accounts or investing with a professional financial advisor. The Bureau of Labor Statistics estimates that the average retired household spends nearly $49,000 per year. Living an extra four years means adding the equivalent of nearly $200,000 to the average retiree’s lifetime expenses.

Below, we examine data on retirement accounts like 401(k)s and IRAs to see how Americans are adapting to these changes. More than just living longer, Americans young and old need to contend with the rising costs of living and a recent recession.

In order to track retirement savings and retirement account usage, we analyzed data from the Federal Reserve’s SCF (Survey of Consumer Finances) and specifically looked at data from 1989 to 2016. We ultimately broke the data out by race, age and income percentile to find important trends. Check out our data and methodology below to see where we got our data and how we put it together. 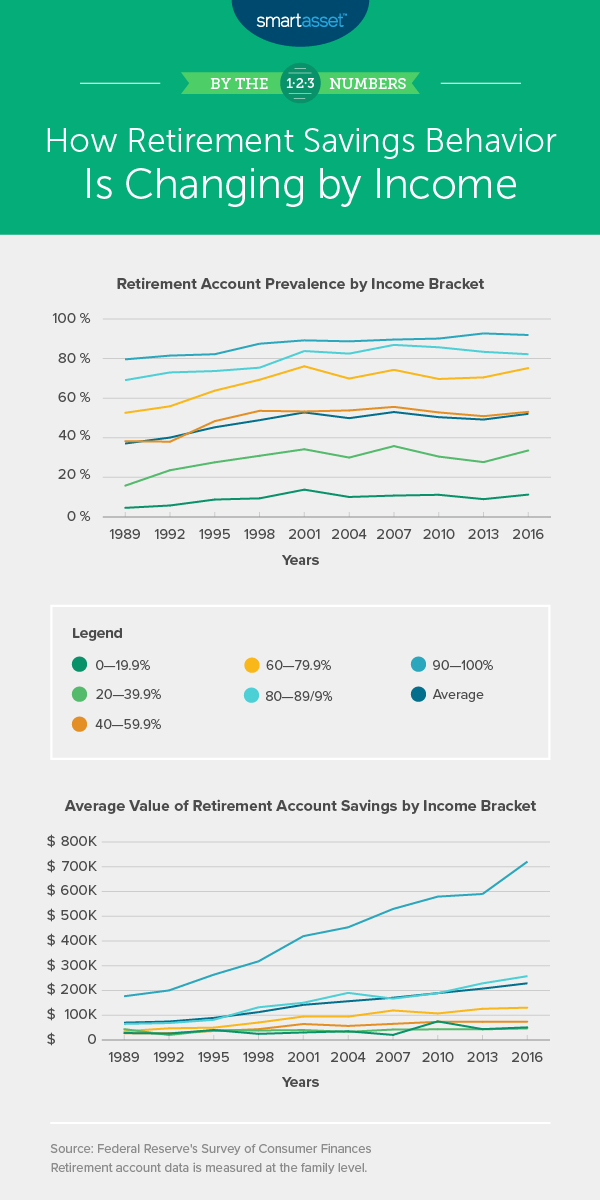 More than just a gap in retirement account usage, though, there is also a very large, widening growing gap between how much the poor and rich save for retirement. This is to be expected, of course. Rich families can afford to save more money. 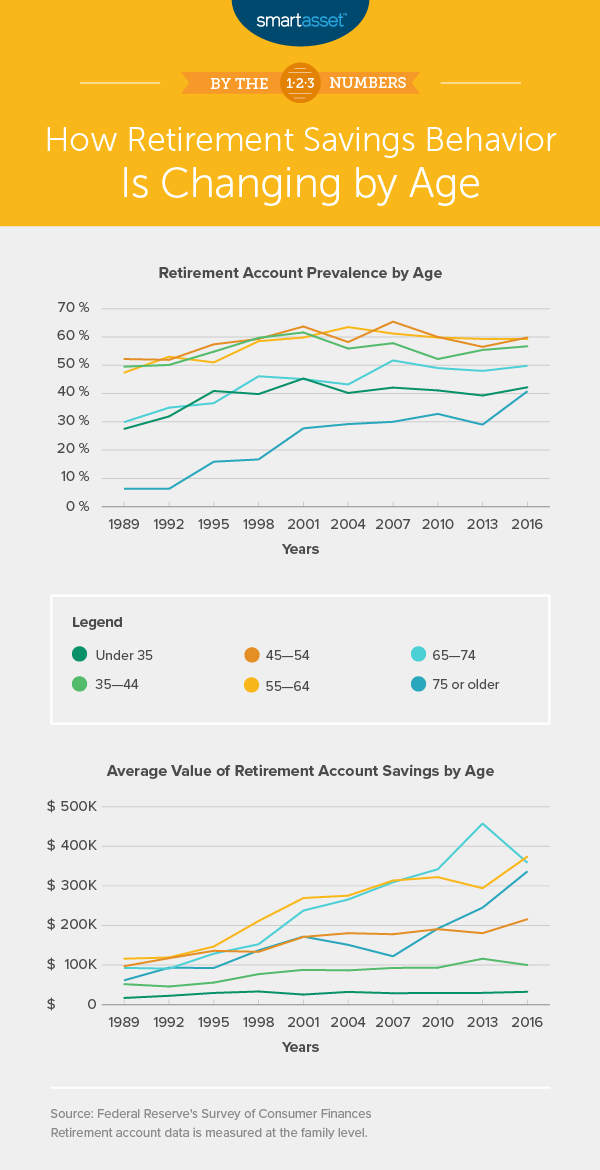 Millennials are the best-educated generation in American history. But the cost of that education has been severe. In total Americans, owe nearly $1.4 trillion in student loan debt, the vast majority of which is held by Americans under the age of 40. Americans under the age of 30 owe just under $384 billion, while Americans between the ages of 30 and 39 owe $461 billion. Between those two age groups, there are 29.1 million Americans with student loan debt.

The student loan debt burden on millennials has prevented them from reaching financial milestones like buying a house and saving for retirement. According to the latest Census Bureau figures, under-35 households have a homeownership rate of 37%, half that of households 65 years or older. Over-65 households have always had higher homeownership rates, but the under-35 figure sits six percentage points below its peak in 2004. Of course, the real blow to this demographic is the inability to put adequate money away for retirement. 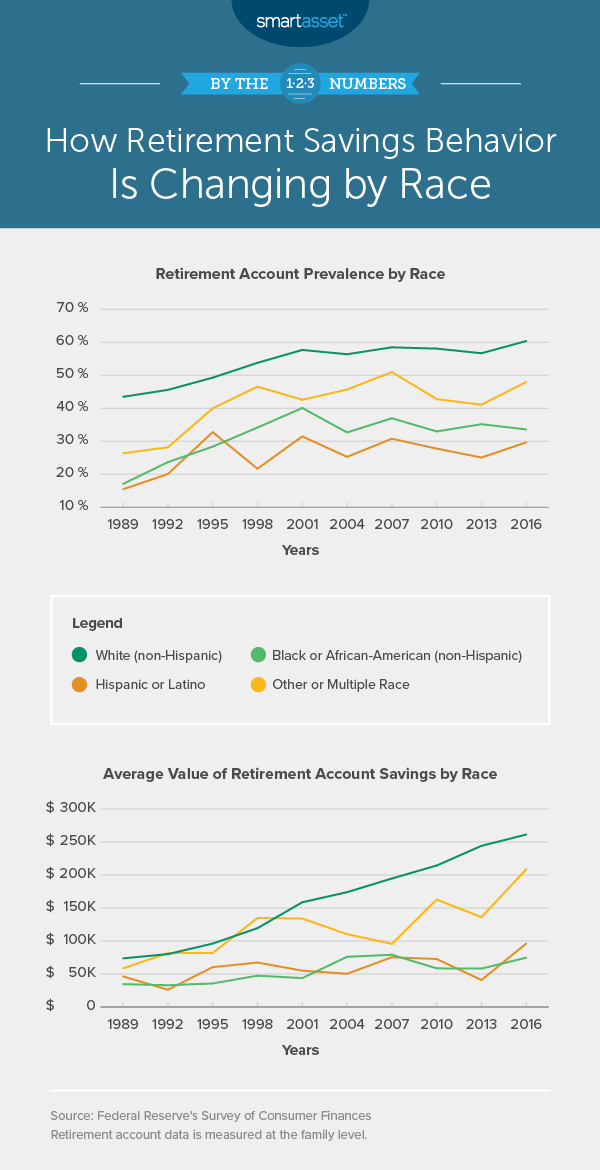 When it comes financial security, white households are not only more likely to have higher incomes and to own their homes, but they also on average have much more saved up for retirement compared to other races. In 2016, the average white family had about 3.5 times as much saved for retirement as the average black family. When it comes to retirement savings, the distance between white families and Latinos is slightly smaller. White families and families categorized as other have near parity in their retirement savings.

In order to track how retirement savings behavior is changing, we looked at data for two factors across 27 years, specifically pulling out data for three demographic types: age, race and income percentile. Data for all metrics come from the Federal Reserve’s Survey of Consumer Finances (SCF).