In a 2021 report, the National Association of Realtors says that Gen Xers make up 24% of  homebuyers from the past year, the highest of any generation in that time frame. The report also ranks the age group as the highest-earning generation out of all other homebuyers, with a median income of $113,300 in 2019. Having a higher income allows for the potential to invest more money and be better prepared for retirement. Some states have attracted more high-earning Gen Xers in recent years and a new study by SmartAsset analyzed data to identify the top states to which Gen Xers who make at least $100,000 per year are moving.

For this study, we considered inflows and outflows of Gen Xers making at least $100,000 for all 50 states and the District of Columbia. For details on our data sources and how we put all the information together to create our final rankings, check out the Data and Methodology section below.

This is SmartAsset’s 2021 edition of our study on where rich Gen Xers are moving. Check out the 2020 version here. 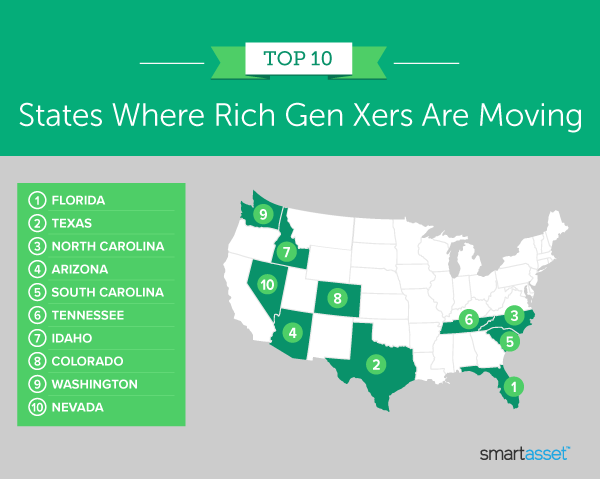