States Most Dependent on the Federal Government – 2022 Edition 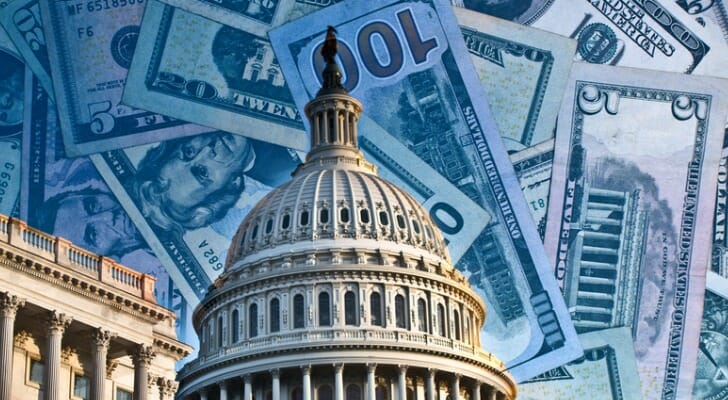 Billions of dollars are at stake each year for individual states when lawmakers in Washington D.C. negotiate the following year’s federal budget. For 2023, President Biden is calling for a 7% increase in federal spending as part of his $5.8 trillion budget proposal. While this money will ultimately play a major role in how states fund themselves, some states are more reliant on federal dollars than others. For example, Wyoming gets over 56% of its revenue from federal sources, but only 27% of Hawaii’s revenue comes from the federal faucet. With this in mind, SmartAsset took a closer look at individual states to determine which ones are most dependent on the federal government.

To do this, we analyzed and compared data across the following metrics: federal share of state government revenue, ratio of federal funding to income taxes paid, percentage of workers employed by the federal government and ratio of median earnings for federal workers to median earnings for private workers. For details on our data sources and how we put all the information together to create our final rankings, read the Data and Methodology section below.

This is SmartAsset’s third annual study on the states most dependent on the federal government. Check out the 2021 version here.

Federal workers in Alabama earn just over double the median earnings of private, for-profit workers ($67,948 vs. $33,242). Alabama also has the 10th-highest percentage of workers employed by the federal government (3.33%) as well as the 10th-largest ratio between federal funding to income taxes paid (1.25).

Alaska has the fourth-largest federal share of state government revenue, as more than half of its revenue (50.83%) comes from federal sources. Nearly 7% of the state’s workforce is employed by the federal government, the fourth-most across our study. Meanwhile, the state has the sixth-largest ratio of federal funding to income taxes paid (1.62).

Federal employees in Idaho earn 1.89-times as much as private, for-profit workers on average ($60,549 vs. $32,109). That’s the sixth-largest difference across our study. Idaho also has the 17th-highest percentage of workers employed by the federal government (2.75%). Additionally, federal dollars account for 41.08% of state revenue, the 18th-most among the 50 states.

While only 2.31% of the workforce in Maine works for the federal government, these workers have 1.74-times the median earnings of private, for-profit workers. That’s the 11th-largest earnings gap in our study. Maine also has the 12th-largest federal funding to income taxes paid ratio (1.19). Finally, federal funding makes up 43.27% of the revenue the state government collects (the 14th-most).

No state relies more on funding from the federal government than Wyoming, where 56.43% of the state’s revenue comes from Washington D.C. Wyoming also has the ninth-largest difference between federal dollars received and income taxes paid. For every $1 dollar in income tax that’s paid in Wyoming, the state receives $1.36 in federal funding. Federal workers also comprise 3.37% of the workforce in Wyoming, the ninth-highest percentage in our study.

To find the states that rely most on the federal government, SmartAsset compared all 50 states across the following four metrics: