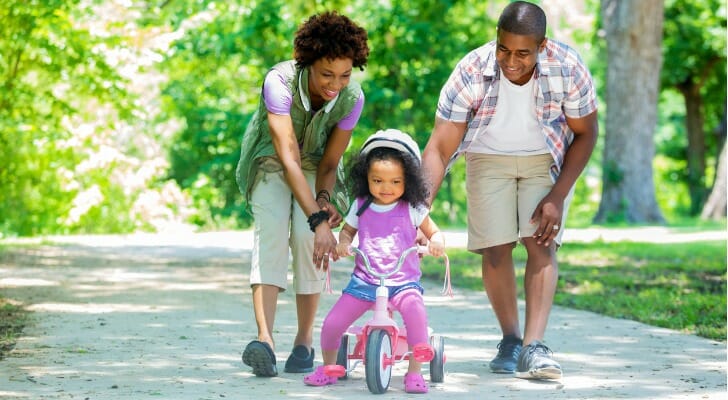 For the first time in four years, violent crime in the U.S. increased in 2020. A steep rise in murders fueled this overall uptick in violent crime, as homicides surged 22% from a year earlier, according to FBI crime data. Unfortunately, that trend continued in 2022, as major cities recorded an additional 5% increase in homicides, a report from the Council on Criminal Justice found.

The rise in violent crime underscores the importance of finding a safe place to call home. Keeping this in mind, SmartAsset set out to identify and rank the safest cities in America. We examined data from 200 of the largest cities across the following five metrics: violent crime, property crime, vehicular mortality rate, drug poisoning mortality rate and the percentage of the population engaging in excessive drinking. We also discuss of the top 35 safest cities, the ones that are most affordable. For details on our data sources and how we put all the information together to create our final rankings, read the Data & Methodology section below.

For an earlier SmartAsset study on the safest cities in America, read the 2021 version here. 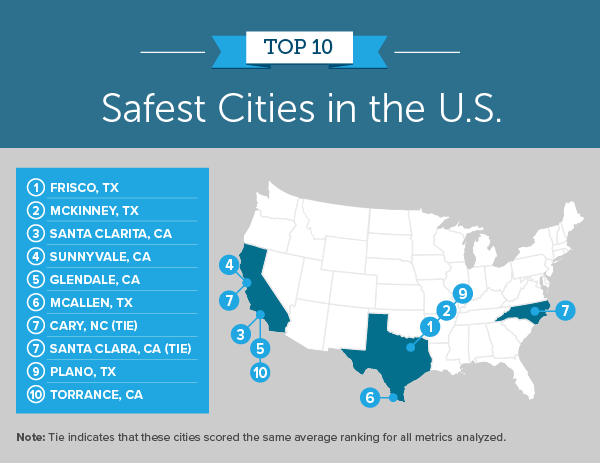 Sunnyvale, home to more than 150,000 residents, has a drug poisoning mortality rate of 9.4 deaths per 100,000 residents, 13th-lowest for this metric. Meanwhile, 16.9% of the population in this Silicon Valley city engage in excessive drinking, the 18th-lowest across our study.

Located in Los Angeles County, Glendale is ranked among the five safest cities in America in large part due to the eighth-lowest violent crime rate across our study (103 per 100,000 residents). The city of approximately 200,000 people is also tied for the 20th-lowest drug poisoning mortality rate across our study with 10.5 deaths per 100,000 residents.

Of the top 35 safest cities in the U.S., shown above, we determined which ones are most affordable. Specifically, we ranked those 35 cities according to a home affordability metric: median annual housing costs as a percentage of median household income. The top five cities where housing costs make up the lowest percentage of income are discussed below.

While Cary ranks seventh overall for safety, it’s also No. 1 for affordability among the 200 cities we included in our analysis. Median annual housing costs ($17,304) in this suburb of Raleigh are just 16.28% of the median household income ($106,304).

Located in the southeastern corner of Minnesota, Rochester is the second-most affordable safe city in the U.S. Median annual housing costs in Rochester are just 17.53% of the median household income ($74,527). Meanwhile, this city of about 119,000 people ranks 33rd overall for safety.

Located on the Texas-Mexico border, Laredo is not only the 13th-safest city in the country, but it ranks third for affordability among the 200 cities in our study. That’s because median annual housing costs are just $11,172 per year or 19.44% of the median household income ($57,468).

To find the safest cities, SmartAsset compared 200 of the largest U.S. cities across the following metrics:

The vehicular mortality rate, drug poisoning mortality rate and percentage of the population engaging in excessive drinking are all measured at the county level. Both violent and property crime rates are at the city level.