Places Where People Spend the Most on Utilities – 2021 Study 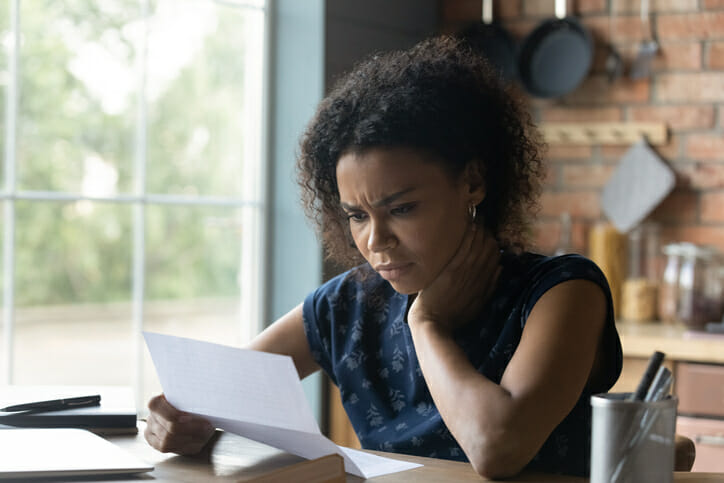 Americans are spending slightly less of their pre-tax income on utilities when compared with a decade ago. According to Bureau of Labor Statistics (BLS) data, the average American household spent 4.93% of income on utilities, which includes electricity, gas, telephone services, water and other public services such as waste pickup. This is down from 5.86% in 2010. However, some researchers expect an uptick in heating and cooling costs with rising energy prices. Inflation data from the BLS shows that the energy index rose 30% from October 2020 through October 2021 and the total consumer price index rose 6.2% over the same period. 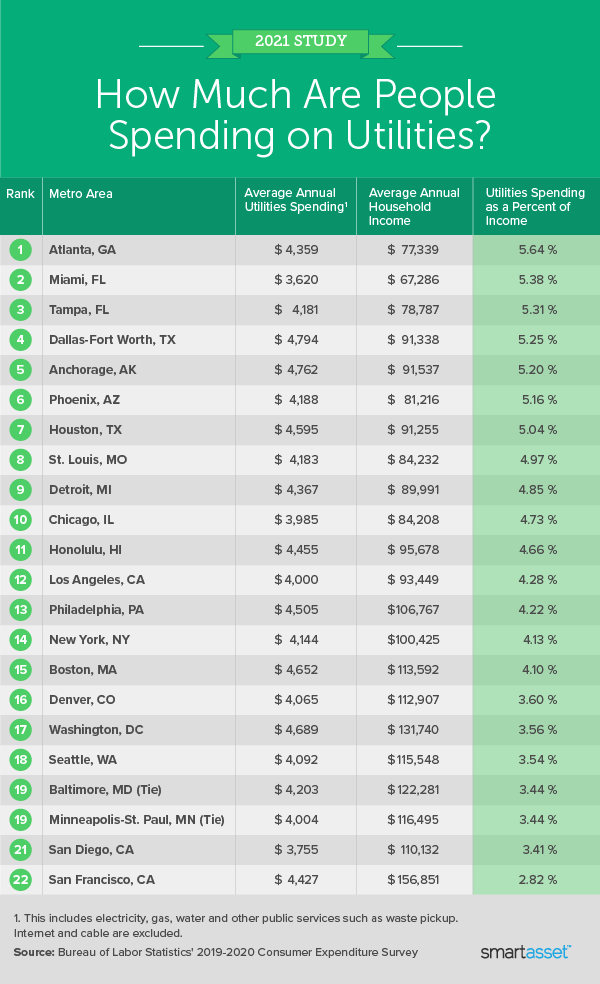 Across the 22 metro areas in our study, average utilities spending is 10th-highest in Atlanta, Georgia at $4,359. However, residents in Atlanta spend the largest chunk of their income on utilities. The area’s average household income is $77,339, which means that average annual utilities spending makes up 5.64% of what residents earn.

Residents of greater Tampa, Florida average 5.31% of their household income on utilities each year, the third-most out of all 22 metro areas. Relative to total annual housing spending, utilities spending makes up roughly 20% on average.

Residents of Phoenix, Arizona area spend the sixth-most on utilities. The average household income is the third-lowest in our top 10, at $81,216. However, average utilities spending ($4,188) makes up 5.16% of that income figure.

Residents of the St. Louis, Missouri area spend $4,183 or 4.97% of their household income on utilities, which include electricity, gas, water and other public services such as waste pickup. While St. Louis’s average household income in 2019-2020 was $84,232, the typical household spent $20,493 on total housing spending.

Households in the Detroit, Michigan average nearly $4,400 on utilities annually. This represents about 4.85% of the metro area’s average household income ($89,991). Utilities spending comprises almost 22% of total household spending on rental and mortgage payments along with utilities.

To find the places where people spend the most on utilities, we looked at data for all 22 metro areas included in the Bureau of Labor Statistics’ 2019-2020 Consumer Expenditure Survey. Specifically, we examined data for the following metrics: