In Which Occupations Do Women Earn More Than Men? – 2021 Edition 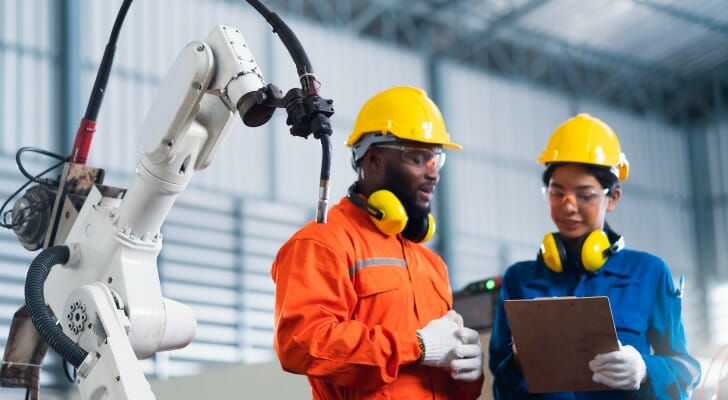 Bureau of Labor Statistics (BLS) data from the second quarter of 2021 shows that female, full-time wage and salary workers earn 82% of what their male counterparts do on average. This pay gap has remained relatively constant over the past decade, but it varies even further among women and men when comparing different racial and ethnic demographics. For instance, Black women’s median weekly earnings ($746) make up only about 67% of white men’s median weekly earnings ($1,115). However, median weekly earnings for white and Asian women ($921 and $1,037, respectively) exceed those of Hispanic men ($825).

Just as race and ethnicity affect pay gaps between men and women, occupation also plays a role. In this study, SmartAsset investigated the occupations in which women earn the most and least relative to men. Specifically, we used BLS data from 2019 to compare median weekly earnings for women and men for a total of 111 occupations. For details on our data sources and how we put the information together to create our findings, check out the Data and Methodology section below.

Occupations In Which Women Earn the Most Relative to Men

As previously noted, women earn more than men in five occupations. They include: 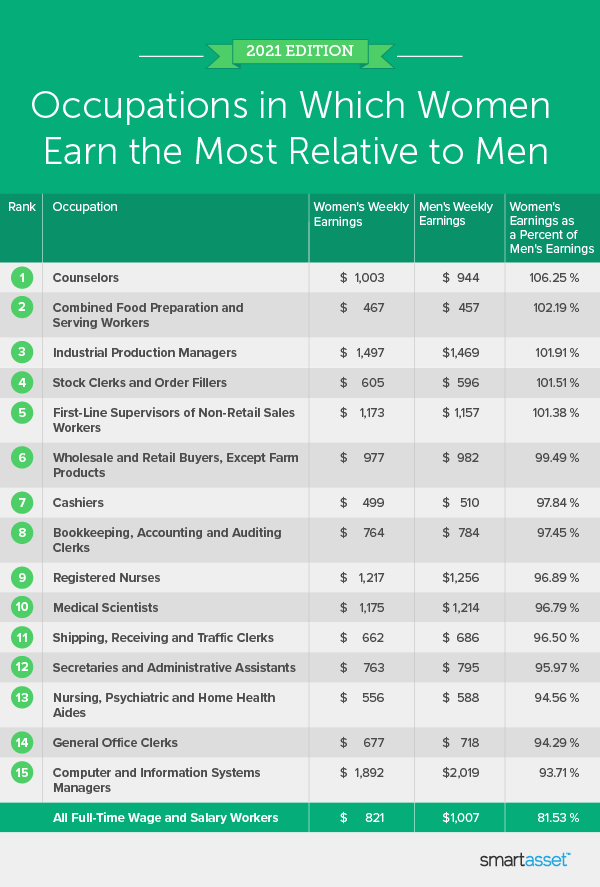 Occupations in Which Women Earn the Least Relative to Men

According to BLS data, there are seven occupations in which women earn less than 70% of what men earn on average. They include: 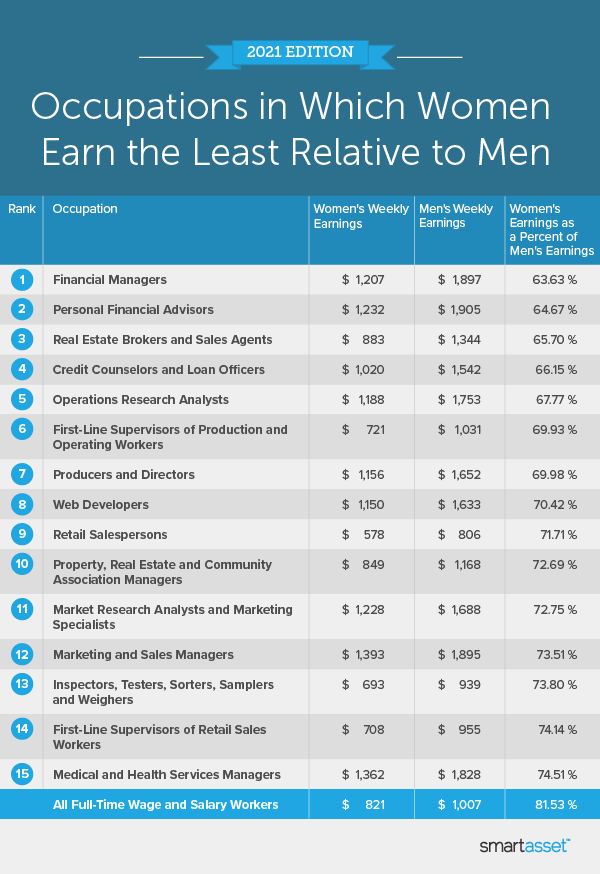 To find the occupations in which women earn the most and least relative to men, we considered all occupations reported by the BLS. After eliminating occupations with incomplete data or those with “all other” or “miscellaneous” in the title, we were left with a total of 111 occupations. For each of those occupations, we looked at two factors:

Data comes from the Bureau of Labor Statistics and is for 2019.

Tips For Increasing and Maximizing Your Paycheck