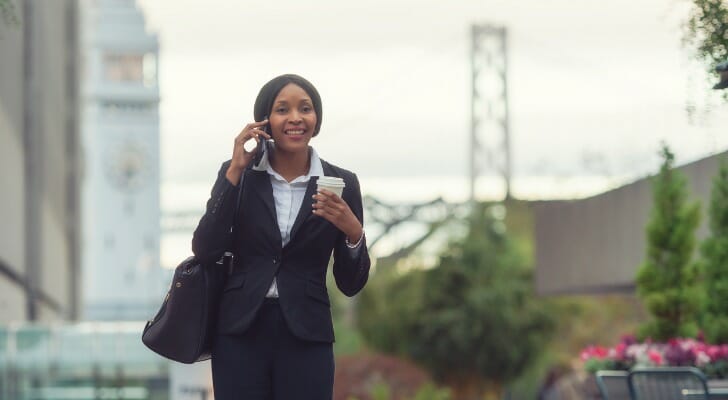 The median household income is about $65,700, according to the most recent Census Bureau data. However, the top 20% of earners nationwide makes about twice this amount, potentially increasing their ability to save and invest for bigger financial goals like retirement. In 2019, the threshold to be in the 80th percentile of households according to annual income was $131,349.

Given significant differences in jobs and cost of living, the income threshold to be in the top 20% of earners varies significantly across U.S. cities, ranging from roughly $71,200 to more than $250,000. In this study, SmartAsset examined Census Bureau estimates of household income quintiles to determine the income needed to be in the 80th percentile of earners in the 100 largest cities. For details on our data sources and how we put all the information together to create our final rankings, check out the Data and Methodology section below.

This is SmartAsset’s third annual study on the income needed to be a top earner in America’s largest cities. Check out the 2020 version of the study here. 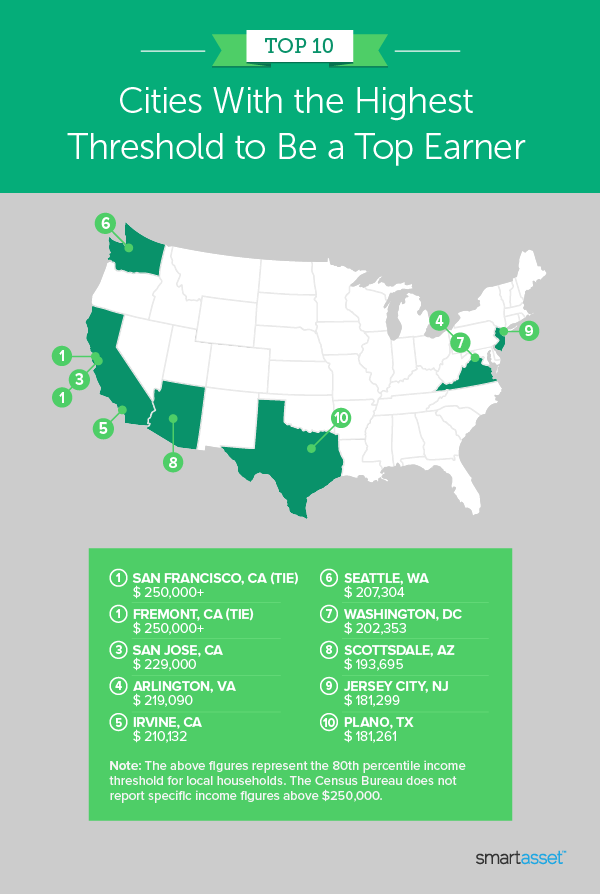 Top Cities With the Highest Threshold to Be a Top Earner

If you live in San Jose and are looking to make the most of your income and savings, check out our list of the best financial advisors in the area.

Arlington, Virginia ranks as the city with the fourth-highest threshold to be a top earner. According to 2019 Census Bureau data, households must earn at least $219,090 to be in the 80th percentile of earners. 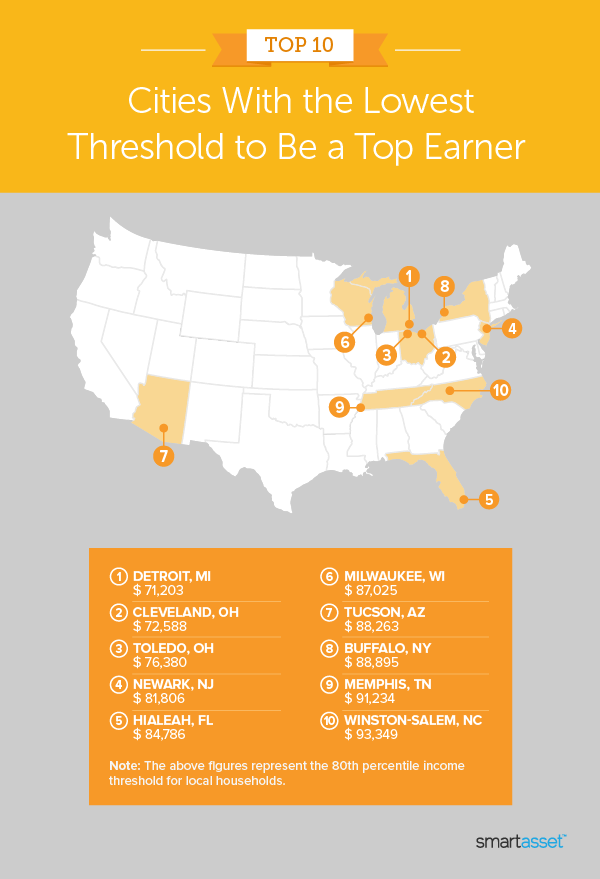 Top Cities With the Lowest Threshold to Be a Top Earner

Like last year, Detroit, Michigan has the lowest income needed to be a top earner in the 100 largest U.S. cities. To be in the 80th percentile according to income, households must make at least $71,203 – about 46% less than the national 80th percentile threshold ($131,349).

Cleveland, Ohio follows closely behind Detroit, Michigan for its low threshold to be a top earner. The 80th percentile for earners in Cleveland is less than $72,600. Though this figure is low relative to other large cities, it is more than double the city’s median household income ($32,053).

Staying in Ohio and roughly 115 miles west of Cleveland, Toledo also ranks in the top five cities with the lowest threshold to be a top earner. In 2019, the median household income was about $36,700. Top earners made about 108% more. The 80th percentile income threshold for earners was $76,380.

Although Jersey City, New Jersey ranks in the top 10 cities with the highest threshold to be a top earner ($181,300), less than 10 miles away, the city of Newark has a much lower threshold. In 2019, the 80th percentile for household income was about $81,800 in Newark.

All data for this report comes from the Census Bureau’s 2019 1-year American Community Survey. We considered only the 100 largest cities and ranked them according to the household income needed to be in the 80th percentile of the income distribution.