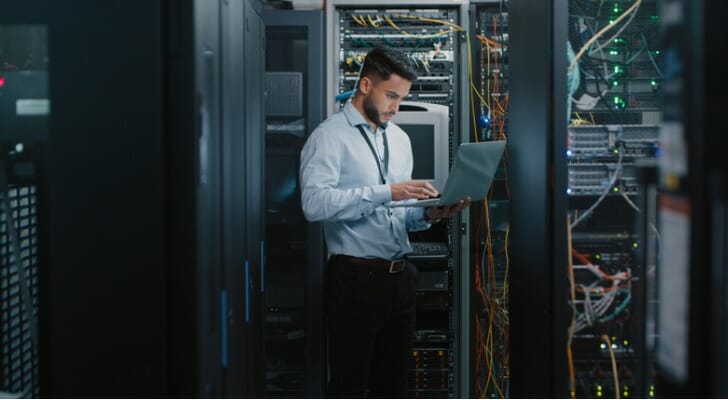 It should come as no surprise that a computer-related profession is the fastest-growing occupation among people ages 25 to 34. However, other jobs that have seen the significant growth among young workers in recent years aren’t limited to computers and technology. Instead, they run the gamut from health care workers to pilots and aviation engineers, and even writers and authors.

To find the occupations that are growing fastest among young professionals, we compared the number of young people (ages 25-34) working various jobs in 2017 to 2021. We ranked jobs according to the largest four-year percentage growth in young workers. For more details on how we found and analyzed our data, read the data and methodology section below.

This is SmartAsset’s second annual study on the fastest-growing jobs for young professionals. Read the 2021 version here.

No occupation saw more growth among young professionals between 2017 and 2021 than computer hardware engineers, who research, develop and test computer systems and components. While there were 18,000 computer hardware engineers between 25 and 34 years old in 2017, that number grew 100% over the next four years and reached 36,000 by 2021. Overall, the field expanded by 10% during that same period.

Speech-language pathologists diagnose and treat communication and swallowing disorders in children and adults. The occupation grew by 51% among young professionals between 2017 and 2021, going from 43,000 to 65,000. Overall, the field saw a 33% increase in total employment during the same four-year stretch.

Purchasing managers oversee the buying of products and services for organizations. In 2017, there were 41,000 purchasing managers between 25 and 34 years old. However, that number swelled to 57,000 over the next four years, an increase of 39%. Overall, the field had just a 13% increase in total employment between 2017 and 2021.

According to the Bureau of Labor Statistics, operations research analysts use mathematics and logic to help solve complex problems. While the field experienced a 4% decline in total employment between 2017 and 2021, the number of young professionals working as operations research analysts increased 30% in that time, climbing from 27,000 to 35,000.

Electrical and electronics engineers design, test and supervise the manufacture of electrical equipment. Between 2017 and 2021, the occupation saw an influx of 17,000 people ages 25 to 34, a 27% increase. Overall, the profession recorded a 5% increase in total employment during that four-year span.

To find the fastest-growing jobs for young professionals, SmartAsset looked at employment data from 2017 and 2021. We considered only occupations that require a bachelor’s or advanced degree and filtered out any occupation that employed fewer than 15,000 people between the ages of 25 and 34 in 2017. We also filtered out any occupation with “other” and “miscellaneous” in the title due to lack of specificity. To rank the occupations, we looked at the percentage change in young professionals employed in each occupation from 2017 to 2021.

All data comes from the Bureau of Labor Statistics. Employment data is reported to the nearest thousand and growth is estimated based on that reporting.