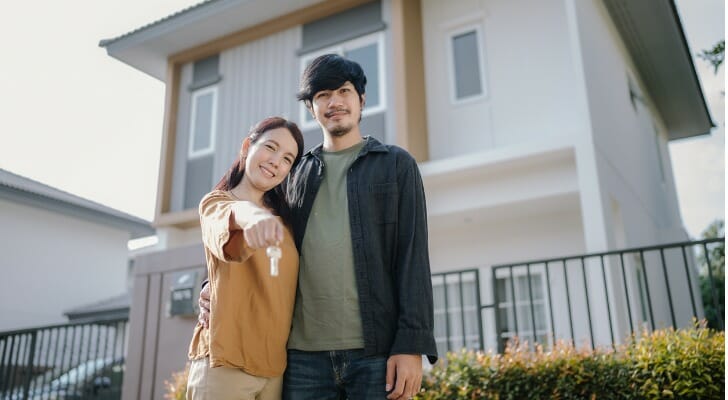 As home prices continue to skyrocket, it has become increasingly difficult for first-time buyers to afford a home. In April 2021, U.S. Representative Earl Blumenauer (D-Ore.) sponsored federal legislation that would create a refundable tax credit of up to $15,000 for first-time homebuyers, similar to the one included in the 2008 Housing and Economic Recovery Act. This bill, however, has languished in the House of Representatives and is yet to be voted on.

For people who are still planning to make the leap to homeownership, deciding where to invest their hard-earned dollars is a key consideration. With this in mind, SmartAsset set out to find the best cities for first-time homebuyers in 2022.

To do so, we compared 181 of the largest U.S. cities across 12 total metrics that span four categories. The four categories include home market favorability, affordability, livability and employment. For details on our data sources and how we put all the information together to create our final rankings, read the Data and Methodology section below.

This is SmartAsset’s 2022 study on the best cities for first-time homebuyers. Check out the 2021 edition here.

The city of Bellevue, which sits across Lake Washington from Seattle, is the top place for first-time homebuyers, thanks in large part to its employment and livability scores (third- and 13th-highest, respectively). This city also has the eighth-highest five-year change in income (31.06%) and ninth-lowest violent crime rate (116 violent crimes per 100,000 residents). Additionally, Bellevue posted the 12th-best five-year home value appreciation (37.56%) and Washington state has the seventh-lowest foreclosure rate (0.27 per 10,000 homes) across all 50 states and the District of Columbia.

Virginia Beach ranks first overall for livability and 13th for affordability. Almost 48% of residents under 45 own their home, the 22nd-highest rate overall. The city also ranks 24th for its low down payment-to-income ratio (0.81), while the surrounding county ranks 26th for its high concentration of dining and entertainment establishments (11.62%).

Omaha, Nebraska ranks in the top 35 for all four categories of metrics we used in our study: home market favorability, affordability, livability and employment. The city has 11th-best average commute time (19.3 minutes) of all 181 cities we considered and the 31st-lowest March 2022 unemployment rate (2.6%). Meanwhile, Omaha’s down payment-to-income ratio (0.74) is 12th-lowest across our study.

Located in the Kansas City metropolitan area, the city of Olathe has the sixth-best affordability score in our study. Olathe has the second-highest homeownership rate for people under 45 (65.28%) out of all 181 cities we studied. Moreover, housing costs in Olathe are just 19.89% of income, sixth-lowest overall.

Nashville, Tennessee garnered the 15th-highest home market favorability rating, thanks in large part to recording the highest five-year home value appreciation across our study (43.03%). Meanwhile, dining and entertainment establishments comprise 13.52% of all establishments in the area, the 12th-highest overall.

Grand Rapids, Michigan, which ranks fifth overall for home market favorability and 25th for affordability, has one of the shortest average commute times across our study. On average, it takes workers just 19.4 minutes to get to work, which ranks 14th-best of all 181 cities for which we had data. Housing costs in Grand Rapids are also just 21.20% of the median household income in Grand Rapids, 16th-lowest. Meanwhile, the state of Michigan has the 13th-lowest foreclosure rate across all 50 states and the District of Columbia (0.37 per 10,000 homes).

Sunnyvale, the lone California city in our top 10, has the second-best employment rating and 18th-highest livability score. More specifically, housing costs are 18.96% of the median household income in Sunnyvale (fourth-best), while the average effective property tax rate (0.49%) is also fourth-lowest overall. Meanwhile, this San Francisco Bay Area city has the fifth-highest five-year change in income (34.08%) and sixth-highest increase in home values between 2015 and 2020 (40.79%).

Home to the University of Nebraska, the city of Lincoln has the eighth-best average commute time (18.9 minutes). Meanwhile, Nebraska has 10th-lowest foreclosure rate among the 50 states and the District of Columbia. For every 10,000 homes in the city, there are only 0.32 foreclosures recorded.

Located within the Dallas-Fort Worth metropolitan area, the city of Denton garnered the eighth-best livability score and 18th-highest home market favorability rating. Denton posted the fifth-highest home appreciation rate between 2015 and 2025, when homes increased in value by an average of 39.09%. Meanwhile, Denton has the 30th-lowest violent crime rate (242 crimes per 100,000 residents) and the 33rd-highest concentration of dining and entertainment establishments (11.12%).

Huntsville, Alabama ranks eighth overall for affordability and 15th for employment. The city had the lowest March 2022 unemployment rate (1.0%) of all 181 cities in our study. Housing costs in Huntsville make up only 18.73% of the median household income, which ranks third-lowest. Meanwhile, the city has the 10th-lowest average effective property tax rate (0.55%).

To find the best cities for first-time homebuyers, we looked at data on 181 of the largest cities in the country and compared them across the following four categories of metrics:

We ranked each city in every metric and found an average ranking and score for each category. We then found a final score, averaging the four category scores. The city with the highest cumulative score ranked at the top of our list.