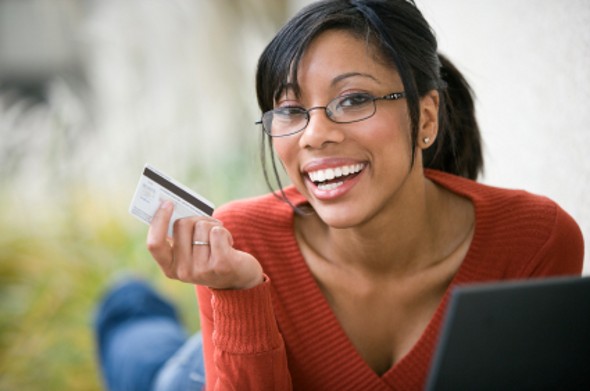 Sometimes paying in cash is inconvenient, difficult or impossible – that’s where credit card issuers come in. According to payment systems research firm the Nilson Report, $4.765 trillion in payments were made in plastic across the world last year. And most of those transactions were conducted through a handful of companies that dominate the credit card industry. Here, according to Nilson, are the biggest credit card companies in America by the percentage of the market they control.

Find out now: What Credit Card Is Best for Me? 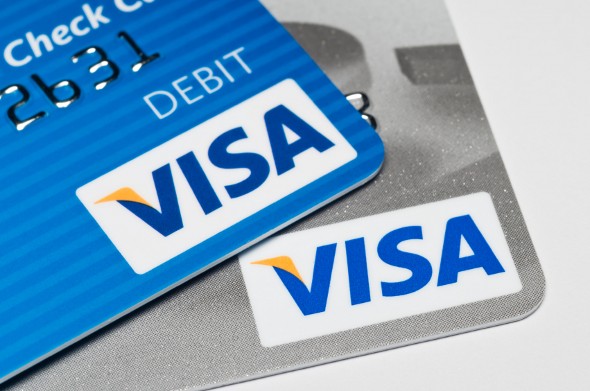 Before Visa was called Visa, it was the BankAmericard, issued by Bank of America as a test product in Fresno, California in 1958. This was before the idea of a general-purpose credit card even existed. Previous versions of the idea had to be paid off in full every billing cycle, unlike the current model. The project initially tanked, thanks to rumors of another bank also issuing credit cards in the region, losing Bank of America $20 million (more than $169 million in current dollars). However, the card was salvaged, renamed “Visa” in the 1970s because the word was recognizable for its travel-related connotations across the world, and now controls 22.1% of the credit card market. Some of the best credit card deals around are on Visa cards. 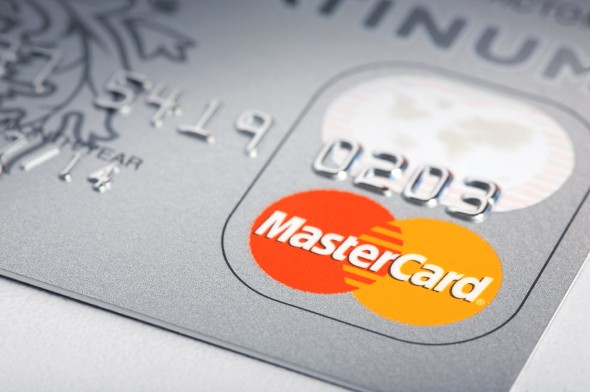 Like Visa, the MasterCard company has its origins in California. Originally named MasterCharge, the card’s current familiar logo resembles a Venn diagram because it was the collaborative effort of multiple banks, including Wells Fargo and the Union Bank of California. In 1968, MasterCard became the first United States credit card company to break into the European market, and followed soon after into the Arab world. The company’s current corporate logo and the symbol that appears on the cards themselves are different, though they are variations on the same design. MasterCard currently holds 15.1% of the market. Looking for the best credit card offers? Include MasterCard in your comparison shopping.

Unlike many credit cards, which have their origins as products of banks, Discover was introduced by Sears, which was the largest retail corporation in the United States when the card was launched in 1985. The Discover Card was the first major American credit card to carry no annual fee, and for a time it was the only credit card accepted for U.S. customs duties for international travelers. Unlike many of the other cards on the list, Discover is primarily United States-based and does not do much international business. It controls 14.4% of the market.

Before CapitalOne was a nationwide bank, it was purely a credit card company. Founded in 1994, CapitalOne provided purely consumer lending for 10 years until it got into the banking business in 2004. CapitalOne’s market share is 13.3%.

One of the Big Four banks of the United States, the quadrisected blue octagon that symbolizes the House of Morgan appears on many credit cards as well as many bank statements. Chase credit cards hold 11.1% of the market.

Related Article: How to Choose Your First Credit Card

Citibank was an early adopter of credit cards among American banks. It actually bought the rights to the Hilton hotel corporation’s card, possibly the first true general-use credit card, in 1965. However, it sold this asset off and later formed its own credit card division, which it continues to use. Citi holds 11.0% of the market.

One of two non-American operators among the top companies, UnionPay is China’s sole bank card organization. Founded in 2002 under government auspices to unify the ATM transactions of the entire mainland, UnionPay enjoys the backing of the biggest banks in China and wide international acceptance through partnerships with other, larger credit card companies. UnionPay has a 3.7% market share, mostly with Americans who do business in, or who are otherwise connected to, China.

The Japan Credit Bureau is a major lender in its home country as well as all across East Asia, but it issues credit cards internationally. JCB cards are available to United States customers across much of the country, especially in places with relatively large populations of Japanese-Americans. For its American business JCB is partnered with the Discover Card company. It controls 1.1% of the market.

In 1950, Diners Club became the first independent credit card company in the world, and it still exists, albeit as somewhat of a shadow of its former self, today. Founded after its creator was embarrassed at leaving his wallet behind while eating dinner at a restaurant and was unable to pay the bill in cash, the company’s modest goal was to allow patrons to settle bills with restaurants at the end of each month rather than when the meal was ended. American Express out-competed Diners Club in terms of what were called “club” credit cards, and bank-issued cards dominated the general-purpose market, so Diners Club now only retains a 0.1% market share.

Looking for a new credit card and wondering what the the best credit card is? The answer will depend on your circumstances and needs. Keep an eye out for the best deals and be sure to read the fine print before signing your name. Look out for cards from these top 10 credit card companies.