The Most Common Financial Complaints by State 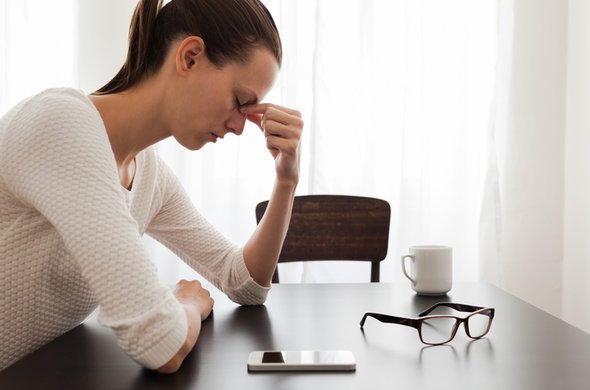 Looking to earn rewards for your spending. Our rewards card guide can help.

SmartAsset dove into CFPB data to find the most common financial complaints by state. The CFPB categorizes the complaints it receives by product, which includes bigger topics like mortgage or credit cards and then specific issues within each topic. For example, if a consumer wanted to complain about incorrect information on their credit report, they would file the complaint under the larger category of credit reporting and then the more specific issue of incorrect information on credit report. In this article we look at the larger products each state complained about the most and the specific issues they complained about the most. 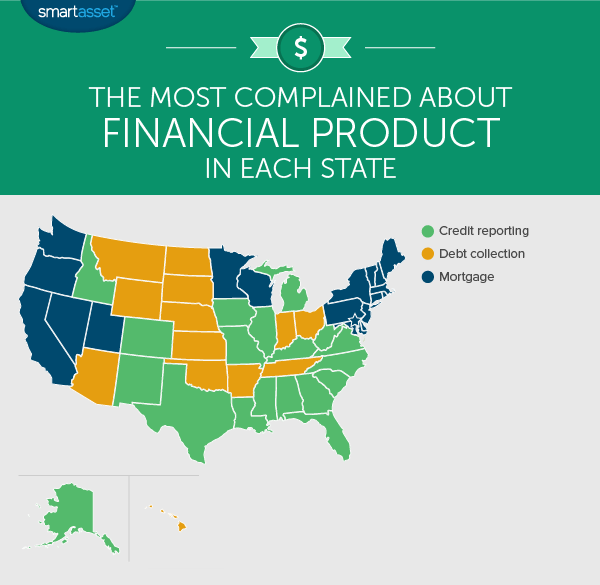 Credit report complaints were the most frequent gripe in 19 states, including the majority of the South. Florida, Alabama, Arkansas, Texas, Louisiana, Georgia and Mississippi are some of the states where this product was the top complaint.

It’s important to remember that you are allowed one free credit report per year from each of the credit bureaus. Make sure you are being diligent about checking your credit report and catching potential inaccuracies so you can get them corrected.

Interestingly the main frustration around debt collection was not the communication tactics used (this accounted for 13% of complaints under this topic) but rather continued attempts to collect debt not owed (41% of complaints). Many consumers filed reports saying they had already paid the debt they owed or they never owed debt in the first place.

The final 19 states filed the majority of their complaints about mortgages. All nine states in the Northeast complained the most about mortgages, so did several others sprinkled around the country, including California, Washington, Utah, Minnesota and Wisconsin. 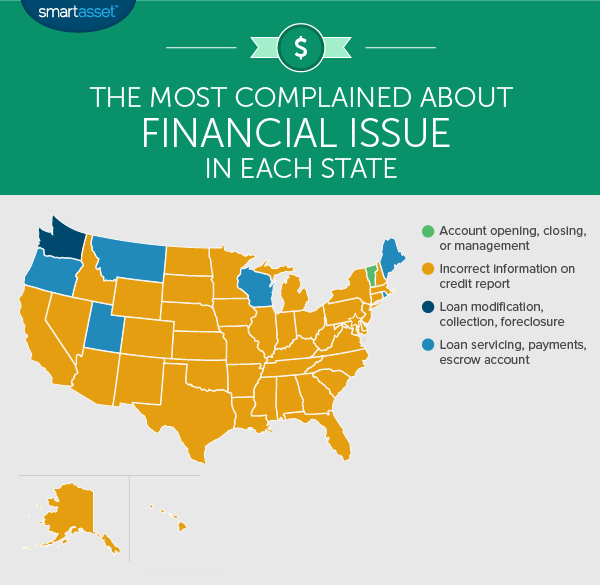 Unfortunately, correcting mistakes on a credit report can be time-consuming. One tip for people disputing claims is to do it by snail mail rather than online. Some online dispute forms may contain clauses which will take away your ability to sue the credit bureau if it does something wrong. Keep in mind that credit bureaus have no obligation to investigate claims they consider to be frivolous. So if you are going to file a complaint, make sure you’re reading your credit report correctly.

There were six states – Maine, Montana, Oregon, Rhode Island and Utah – where complaints about problems processing mortgage payments was the most common issue dispute. The CFPB officially categorizes this issue under the term “loan servicing, payments and escrow accounts.”

Only one state, Vermont, had the majority of disputes falling under the issue of bank account management. The CFPB classifies this as “account opening, closing or management.” Consumers who fall under this category typically complain that they are unable to close an existing bank account or they are experiencing trouble opening a new one.

For those with bank account complaints, switching banks may be an option worth considering, especially if you can find one with a more favorable savings account interest rate.

The state of Washington made the majority of its complaints about problems arising when homeowners are unable to pay their mortgage. The CFPB’s official name for this category is “loan modification, collection, foreclosure”. This means people who complain under this category are struggling to afford payments and are looking for solutions.

Typically complaints in this category are about a lack of responsiveness from the consumers’ mortgage originator. An example of this would be a consumer who complained about being unable to contact the mortgage originator when they are in the middle of a loss mitigation review process. Another example is consumers who complained payments are still unaffordable even after having their loans modified.

Interestingly despite this high rate of complaints, only 1.61% of mortgage debt in Washington is delinquent. Overall there were about seven complaints under this issue per 100,000 residents in Washington.

If you are struggling to make mortgage payments, loan modification is one way to find relief or you could consider a short sale.