Where Americans Are Taking Control of Their Finances 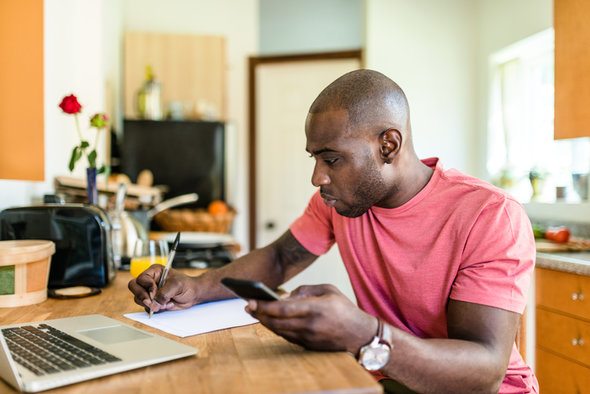 Many Americans strive every year to get their finances in order. That could mean working to get out of debt, making sure their credit card bills are paid on time or making additional student loan payments. Residents in some places across America are doing a better job at taking control of finances than other places. Read on as we delve into the data to examine these places.

In order to find the places where people are taking control of finances, SmartAsset looked at data showing how certain personal finance metrics have changed from 2010 to 2016. We looked at percent change in credit scores, credit card debt, credit utilization ratio, late credit card payment rate, non-mortgage debt and mortgage delinquency rate. Check out our data and methodology section below to see where we got our data and how we put it together to create our final rankings. 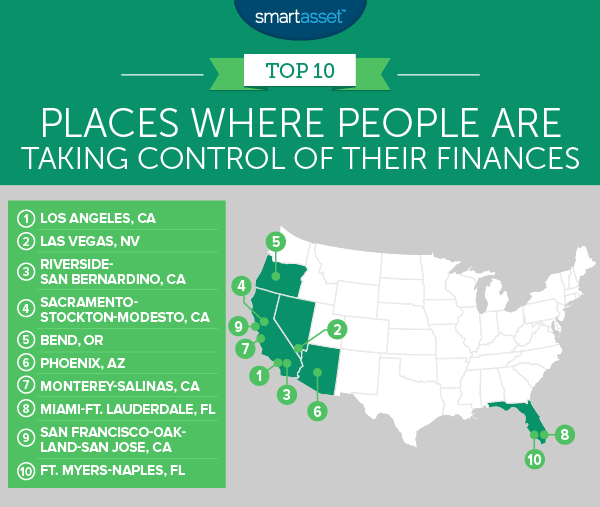 Angelenos’ financial future looks brighter in 2016 than it did in 2010. For starters, on average, their credit scores are about 2.1% higher. A higher credit score means Angelenos now have better access to financial tools like low mortgage rates and the best rewards credit cards.

In terms of paying off their debt, average residents of Los Angeles are doing a better job in 2016 than they were in 2010. The late payment rate on credit card bills dropped by 0.25 and the percent of mortgages which were delinquent dropped 6.6 percentage points. For both of those metrics Los Angeles ranks in the top 15.

One of the biggest personal finance sins you can commit is missing credit card payments. For one, it puts a black mark on your credit report, lowering your credit score. Secondly, credit card debt, with its high APRs, is expensive to hold. So, by avoiding paying you’re causing yourself more pain down the road. Las Vegas ranked so well in this study because, on average, residents greatly improved on their late credit card payments. According to our data, Vegas residents went from an average late payment rate of 0.81 in 2010 to an average late payment rate of about 0.50 in 2016. This was the second-largest drop in late payment rate for any metro area we studied.

In 2010, many residents in Riverside-San Bernardino struggled with paying their credit card bills on time. According to data from Experian, this metro area had a late payment rate of 0.97, meaning the average resident made almost one late payment per billing cycle. That number dropped all the way down to 0.45, meaning a drop of 0.52 points. That is the largest drop in late payment rate in our study.

Thanks in part to paying their bills on time, residents also saw average credit scores rise. Credit scores in Riverside-San Bernardino rose just under 2% on average. With higher credit scores residents are more likely to be approved for the best 0% APR credit cards, which would help lower the interest on their credit card debt.

Bend is the only Oregon representative on our top 10. This metro area in central Oregon claimed the fifth spot in our ranking due to residents’ sharply decreasing average credit card debt, credit utilization ratio and mortgage delinquency rate. In each of those metrics Bend scored in the top six.

Bend’s best score came in percent change in average credit card debt. The average resident went from holding over $6,400 in credit card debt in 2010 to just over $5,200 in 2016. This represents a percent decrease of just under 19%, the third-most in our study. Of course, $5,200 may still be too much credit card debt to be holding. Remember, the most responsible way to use your credit cards is to pay off your whole balance each month.

Residents in the Miami-Ft. Lauderdale metro area improved in a number of financial areas. For example, from 2010 to 2016, average credit scores rose from 646 to 658 and average credit card debt shrunk 13.6%. Those changes are both top 10 rates.

Overall Miami-Ft. Lauderdale scored in the top 20 in all of our metrics, suggesting residents here are taking a well-balanced approach to improving their finances.

Residents of the San Francisco-Oakland-San Jose metro area significantly improved in two metrics, launching the metro area up our rankings. From 2010 to 2016 the average credit utilization ratio dropped by over 3% – that was the biggest decrease in the study.

Ft. Myers-Naples takes the final spot in our top 10. In a previous study we found that residents in this area had successfully boosted the average credit score by 19 points from 2010 to 2016.

Homeowners here are also doing a better job at paying off their mortgages. After being badly hit by the housing crisis in the late 2000s, the mortgage delinquency rate is starting to drop in Ft. Myers-Naples. Our data shows that from 2010 to 2016 the mortgage delinquency rate in the Ft. Myers-Naples area dropped 8.7%. Only Las Vegas came close to matching that score. 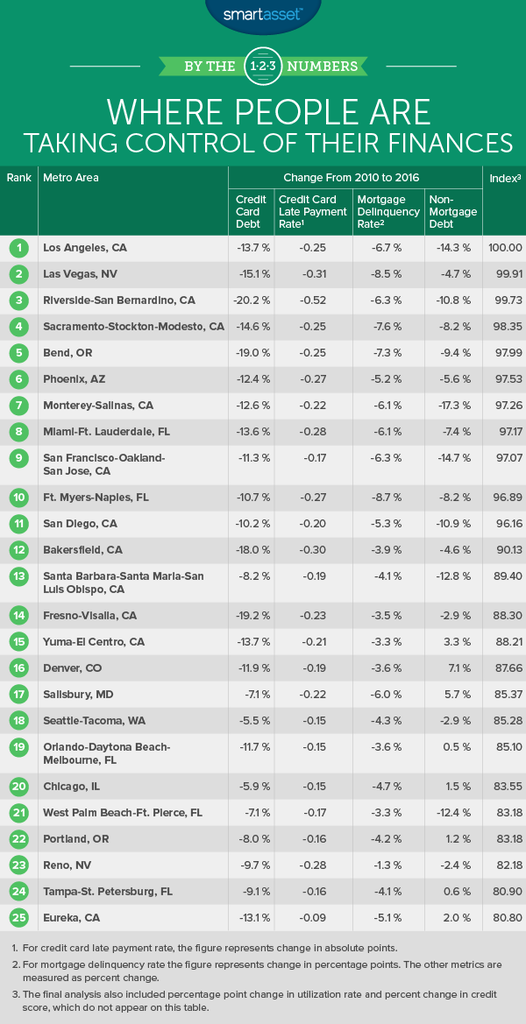 In order to find the places which are taking control of finances, we looked at data on 199 metro areas. Specifically, we looked at the following six metrics:

Tips for Taking Control of Finances

If you’re feeling overwhelmed by your financial situation, you are not alone. Many people have high amounts of debt they have been ignoring or have made some mistakes in the past and now have a poor credit score. But it’s never too late to improve. Here are some tips to get your finances in better shape.