Places Where People Spend the Most on Transportation – 2019 Edition 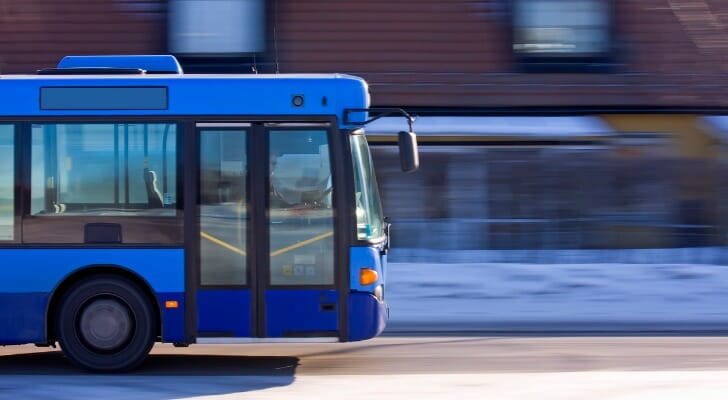 The ease and affordability of mobility are important factors to weigh when you’re considering where you want to live. Whether you move from place to place in a car of your own, via public transportation or by bicycle or futuristic scooter, transportation is likely a critical part of daily life. How much you spend on your transportation, though, largely depends on where you live. Budgeting is important in order to sock away extra money in your savings account, so knowing how much you can expect to spend on getting the places you need to go – especially if you expect a lengthy commute – is key for calculating your expenses.

Below we rank the places in the U.S. where people spend the most on transportation. We considered 22 metro areas and looked at the following factors: average amount spent on transportation and average transportation spending as a percentage of total income. It’s important to note that if you’re making significantly more or less than the average income, this number could impact you differently compared to other people in the same area. 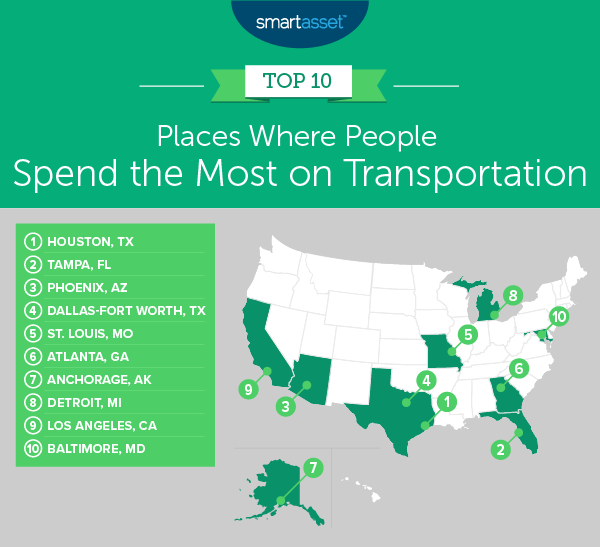 Houston, Texas ranks at the top of our list, with transportation eating up a Texas-sized chunk of residents’ income, at 15.24%. Houston’s average income isn’t particularly low, but its average transportation spending is very high. The average household there spends $12,232 on transportation costs, the second-highest amount in the top 10.

The weather is nice and the beach is nearby, but residents of Tampa, Florida on the Gulf Coast are going to end up spending a lot to get around. On average, Tampa denizens spend $8,307 on transportation, which is actually the smallest amount in our top 10. But a relatively low average income means that 13.77% of it is going toward transportation.

Residents in Phoenix, Arizona can expect to pay around 13.52% of their income on transportation. The average annual cost of transportation for residents here is $9,985.

The Texas metroplex Dallas-Fort Worth takes the fourth spot in our top 10. This is a sprawling community in which you might work in a different place than you live, which might contribute to the fact that people are spending 13.33% of their income on transportation.

St. Louis, Missouri residents spend 13.08% of their income on transportation. That’s based on a total average spending of $9,958, the third-lowest average income in our top 10.

Another place on our list in the Deep South, Atlanta, Georgia has relatively expensive transportation costs, with residents spending $11,747 a year on transportation on average, a full 13% of annual income.

To traverse the roads in Anchorage, Alaska, the largest city in the Last Frontier, you can expect to pay $12,446. That’s the highest raw dollar total in our top 10, and it also represents almost 13% of the average person’s salary.

The first metro area in the North on our list is Detroit, Michigan. While transportation in the Motor City may be relatively inexpensive, annually you can expect to spend $10,426, which is 12.88% of the average income.

Baltimore, Maryland residents won’t be charmed by having to spend an average of $11,049 on transportation each year, approximately 12% of their income. 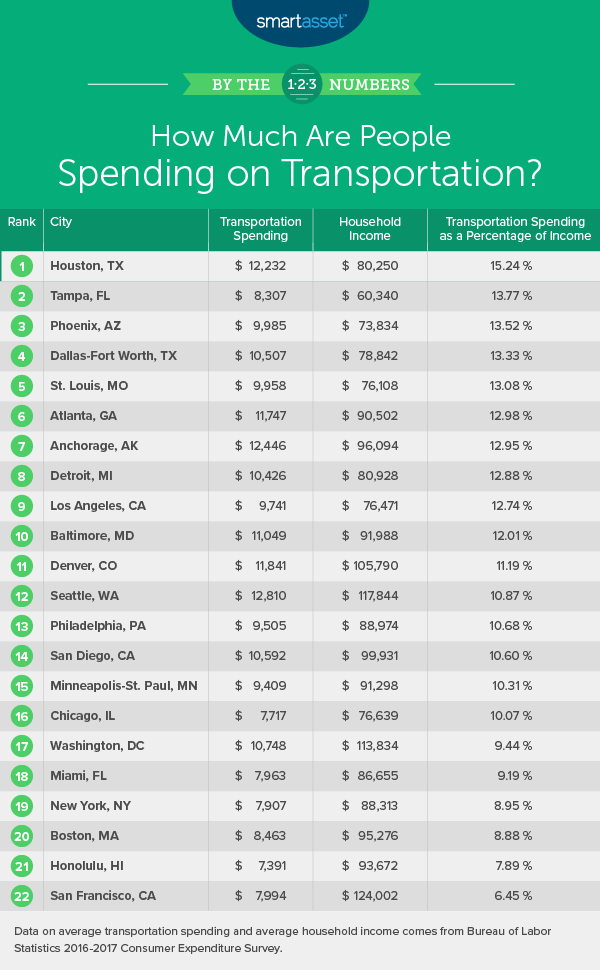