Highest-Paying Jobs in the U.S. and Largest Metro Areas – 2021 Study 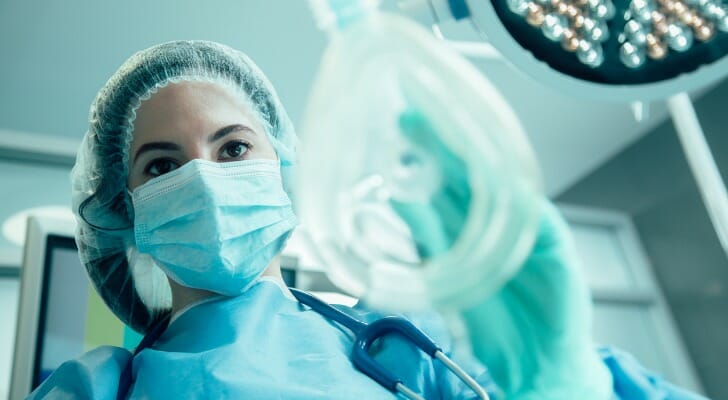 IRS data shows that roughly 6% of American taxpayers earn $200,000 or more annually. While that figure includes income from investments, most reported income comes from salaries and wages. Across all occupations, the average worker earns $56,310 annually. In some of the highest-paying occupations, however, the average worker makes nearly three, four or even five times as much each year. These kinds of earnings in turn affect adjusted gross income (AGI), taxes and potentially savings. With that in mind, SmartAsset decided to take a closer look at some of the highest-paying jobs in America.

In this study, we identify the jobs with the best pay both nationally as well as across the 15 largest metro areas. Specifically, we look at average earnings data from the Bureau of Labor Statistics’ Occupational Employment and Wage Statistics to determine rankings at the national and metro area levels. For details on our data sources and further information about how we put together our findings, check out the Data and Methodology section below.

Other highest-paying jobs in the U.S. include:

The occupation of computer & information systems manager employs the most workers (457,290), while that of airline pilot, copilot & flight engineer is the smallest of the three (employing less than 83,600 workers in 2020). The chart below compares the 15 highest-paying jobs in the U.S. to average earnings for all workers. 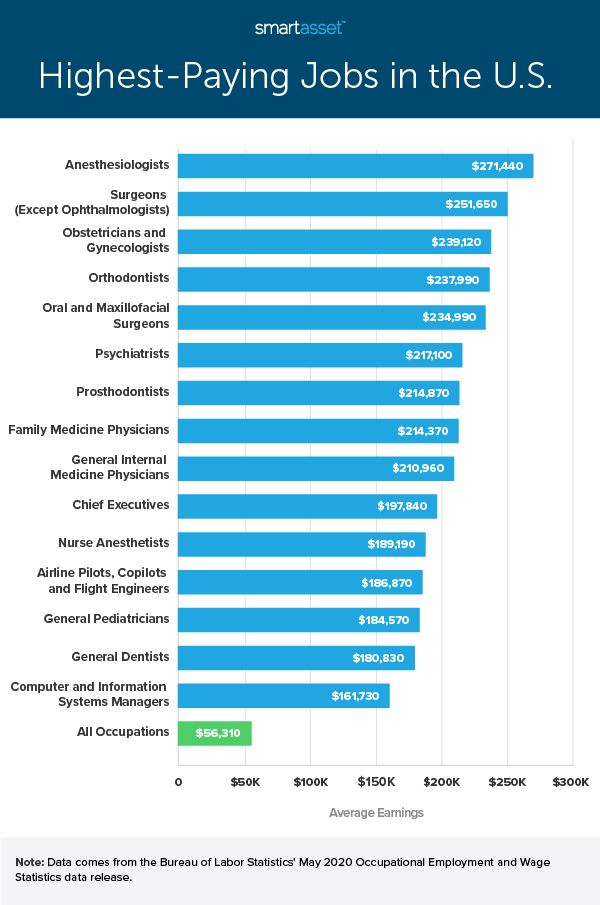 While specialty healthcare jobs rank at the top of the list nationally, data shows regional differences in some of the 15 largest metro areas where other occupations are the best paid.

This is the case with chief executives. Nationally, they have the 10th-highest paying job. But as we referenced earlier, this occupation ranks at the top in four of the 15 largest metro areas. Average earnings for chief executives exceed $242,000 in the following metro areas: New York, Los Angeles, Dallas and Houston. Chief executives in the Houston-The Woodlands-Sugar Land, Texas metro area earn the most on average ($260,450), but they are the most prevalent in Los Angeles-Long Beach-Anaheim, California, with roughly 9,830 employees in the field (amounting to almost 169 per every 100,000 workers).

The table below shows the highest-paying job in all 15 largest metro areas; metro areas are ranked according to average earnings figures. 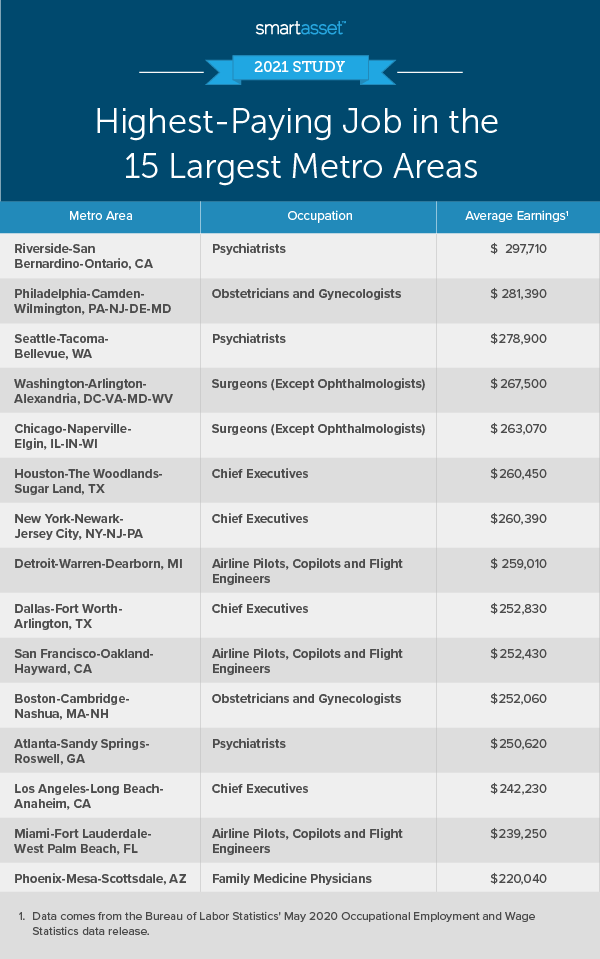 Data for this report comes from the IRS and the Bureau of Labor Statistics’ May 2020 Occupational Employment and Wage Statistics data release. To find the highest-paying jobs in the U.S. and the 15 largest metro areas, we compared average (or mean) earnings across all occupations. We filtered out any occupation with “other” or “miscellaneous” in the title to maintain occupation specificity.