Adoption Trends in America: Uncovering Its Prevalence and Cost – 2019 Edition 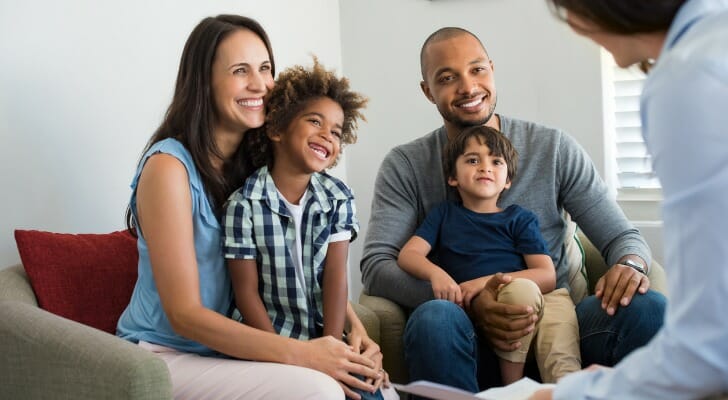 Whether you’re a birth parent or an adoptive one, having children is costly. Given the variety of expenses prospective adoptive parents face, they must consider whether they have the savings to handle the costs of the process. One of the biggest factors that determines how much it costs to adopt a child is the type of adoption. Adoption is generally categorized into three broad groups: private domestic adoptions, international adoptions and foster care adoptions.

Below, we take a closer look at the three types of adoption considering national and state trends and average costs for each. For details on our data sources and how we put all the information together to create our final rankings, check out the Data and Methodology section below.

Domestic adoptions, excluding those through the foster care system, are arranged privately by either agencies or attorneys and may take place between related or nonrelated parents and children. Agencies typically provide more support in the process of adoption than attorneys, though they also are generally more selective in terms of parent requirements. While adoption attorneys generally follow the laws of the state or states where the prospective adoption parents and birth parents live, adoption agencies may have additional qualification requirements. 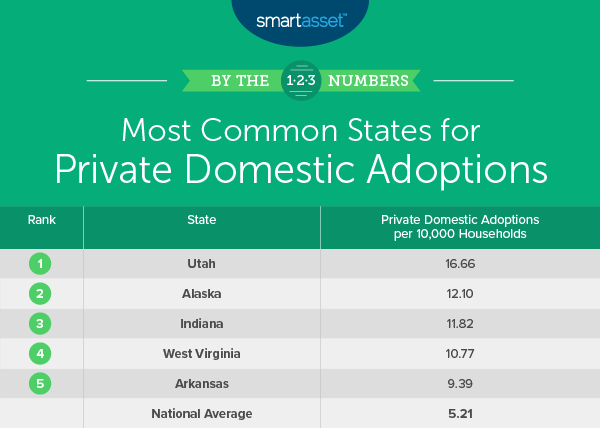 According to the Adoption Cost and Timing Survey published by Adoptive Families Magazine, the average cost of adopting a newborn through an adoption agency from 2016 to 2017 was $43,239. The average reported cost of adopting a newborn through an adoption attorney was $37,829. Though this average is approximately $5,000 less than that of agencies, costs tend to be more variable when using an attorney. For example, costs may be minimal if parents and a birth mother match through word of mouth and the legal procedure is straightforward. However, expenses can also be much higher if the family uses a consultant or online service to find the match. Some of the biggest average costs for adoptions through both agencies and attorneys are described below:

Unsurprisingly, agency and program application fees are much higher when using an agency as opposed to an attorney. It is important to note, though, that the breakdown for adoption through an attorney includes agency fees, as some families began working with an agency but then switched to an attorney. Additionally, some families may have needed to work with an agency for the placement. Other typical costs for both types of private domestic adoptions include a home study fee, adoption consultant fees, birth family counseling and travel expenses.

Adoptions from other countries to the U.S. have fallen by almost 70% since 2009, according to data from the State Department. In 2009, there were a total of 12,708 international adoptions to the 50 U.S. states and the District of Columbia, but in 2018, there were only 4,043. In fact, according to research from NCFA, more than half of the decline in total U.S. adoptions may be attributed to the steep decline in intercountry adoptions. 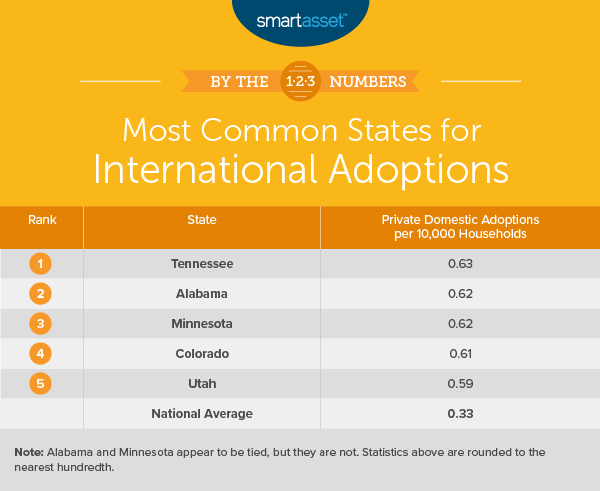 Like prospective parents hoping to adopt domestically through an agency or independently, those looking to adopt a child from another country may need to save more. According to the 2016-2017 Adoption Cost and Timing Survey, of adoptions finalized in the last two years, international adoptions cost an average of $44,000, but may vary by country. In 2016, the top three sending countries for international adoptions to the U.S. were China, Ukraine and South Korea. Below, we delineate the average total costs by country:

Counted annually by the U.S. Department of Health and Human Services through the Adoption and Foster Care Analysis and Reporting System (AFCARS), foster care adoptions are normally arranged by state governments or social service agencies. 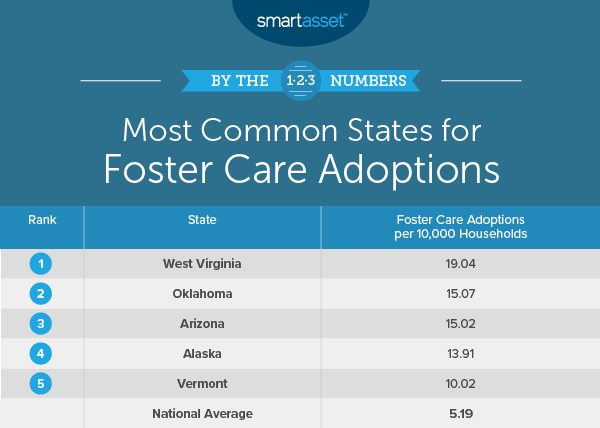 The cost to adopt a child from foster care is much lower than other types of private domestic adoptions and international adoptions. Data from the Adoption Cost and Timing Survey showed that the average costs reported by families that adoption through U.S. foster care was $2,938. The breakdown of average costs is below:

Though many families reported $0 in expenses when adopting through the foster care system, others reported relatively high expenses, skewing averages higher.

Other Factors to Consider

Beyond cost, the timeline of adoption is often an important consideration for families. Adoption timelines are extremely variable, not only by broad types of adoption but also according to other factors within each type. Additionally, adoptions are governed by state law rather than federal. It is important to understand your state’s policies when beginning the process of adoption. Adoptive Families Magazine’s website provides a good resource for this here.

Data and research for this report comes from a variety of sources. All data on average cost by type of adoption and the breakdown of those costs comes from the Adoption Cost and Timing Survey published by Adoptive Families Magazine and is for 2016-2017. Data on national and state trends by type of adoption comes from the Census Bureau’s 1-year American Community Survey, the National Council for Adoption (NCFA), the U.S. State Department and the Adoption and Foster Care Analysis and Reporting System (AFCARS). Data on the number of private domestic adoptions is for 2014 while numbers of international and foster care adoptions are for 2018.

Tips for Savings for an Adoption