3 Costs of Your Commute to Work 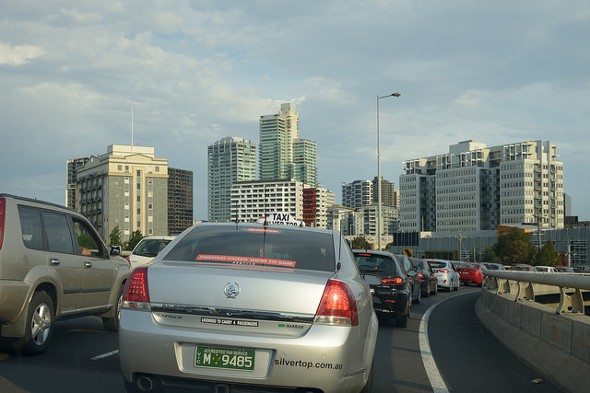 It’s not easy getting to work. According to the U.S. Census Bureau, it took 148 million workers in 2019 an average of 27.6 minutes to get to work, an all-time high that summarizes travel trends between 2006 and 2019. That adds up to almost one hour each day, just under five hours a week and roughly 250 hours per year (if you work 50 weeks) of commuting. Let’s break down three costs of the average commute to work.

Find out now: What will my commute be?

And in some parts of the country, it takes even longer. In parts of Chicago, for instance, the average commute time to work is more than 33 minutes. In parts of New York state, it averages more than 37 minutes. In fact there are plenty of people out there who are burdened with what are known as mega-commutes. According to U.S. Census data, 9.8% (14.5 million) U.S. workers traveled one hour or more each way to work as of 2019. And 3.1% (almost 4.6 million) endured a mega-commute of at least 90 minutes each way to work.

That’s a lot of time spent in cars, on trains or hanging onto a strap on a city bus. But did you know that a long car commute is costing you more than time. Have you ever added up how much money it is costing you? It takes a lot of dollars to pay for gasoline, parking and oil changes.

So how much is commuting to work costing you? It’s difficult to come up with an exact figure. The Fuel Gauge Report from AAA said that the national average cost of a gallon of gas in mid-March was $2.88. Say your car gets 23 miles per gallon. If you drive 30 miles to your job and 30 miles back every day, that’s 60 miles a day. If you do this five days a week, that’s 300 miles a week.

Of course, gas isn’t the only cost you’ll face as you drive to work. You’ll also have to figure in the wear and tear on your vehicle and maintenance such as regular oil changes. And what about parking? If you have to pay for that, your yearly commuting costs will be much higher.

And this is just the monetary cost. A Gallup poll studied more than 170,000 workers from 2009 through 2010 about their health, measuring their relative health on a scale of one to 100. The survey found that adults who commute more than 90 minutes one way to work had an average health index score of just 63.9. Those who commuted 10 minutes or less to work had an average score of 69.2.

A long commute is even worse for you if you don’t particularly like your job. In 2012 Gallup found that 15.5 percent of U.S. workers who were “actively disengaged” at work reported high levels of stress and worry in their lives and low levels of happiness and enjoyment. That figure rose to 27.1 percent, though, for “actively disengaged” workers who had longer commutes of 45 minutes or more.

Another survey in 2018 concluded that “despite changes in how Americans get to work, their commute times haven’t gotten any shorter, and long commutes could impact their well-being.” The poll said that Americans with longer commutes are more likely to have neck and back pain, high cholesterol and obesity, and feel less-rested and more anxious.

No one’s saying that a long commute is never worth it. If you find an ideal job that takes a while to reach each morning, you might still be very happy. And if the job pays enough, you can easily make up the increased cost of your commute.

But what if your job isn’t particularly satisfying and it takes you more than 45 minutes to get to it each morning? The increased cost of commuting might mean it’s time to search for a new position.