Most Promising Jobs for Employment and Pay – 2019 Edition 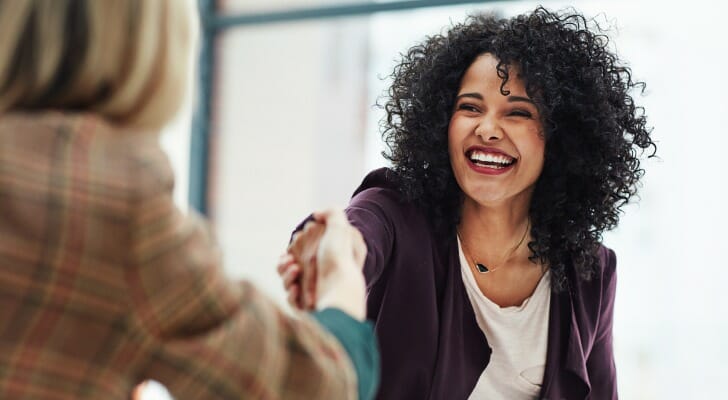 Every two years, the Bureau of Labor Statistics (BLS) releases employment projections for more than 800 detailed occupations, with its most recent projections spanning from 2018 to 2028. Solar photovoltaic installers and wind turbine service technicians top the list. The BLS projects employment growth of 63.3% and 56.9% for the occupations, respectively. Due to their relatively small number of employees, however, these high projections do not amount to many new jobs. Fewer than 7,000 workers are expected to join the ranks of solar photovoltaic installers and wind turbine service technicians by 2028. Meanwhile, the number of personal care aides is expected to grow by 36.4%, which translates to an increase of 881,000 workers in the next decade. Those employment opportunities can give workers the ability to save up in their retirement accounts.

To account for the differences between projected percentage growth and growth in number of workers, SmartAsset looked at both of those metrics along with two pay metrics to determine some of the most promising jobs in the U.S. for both employment and pay. We filtered the total 808 occupations detailed by the BLS by those with greater than 10% projected growth over the next 10 years and 2018 mean earnings greater than $62,510, which is the 75th percentile of annual earnings nationally. This left us with 48 occupations, which we compared across four metrics: 10-year expected percentage growth, 10-year expected growth in number of workers, average earnings and five-year growth in earnings. For more information on our data sources or how we put together our findings, check out the Data and Methodology section below.

Eight of the occupations in our top 25 most promising jobs for employment and pay are healthcare practitioner and technical occupations. Moreover, of the eight, half also rank within the top 10. Those four include nurse practitioners, physician assistants, psychiatrists and nurse anesthetists, ranking first, third, eighth and 10th, respectively. Average earnings for all eight occupations in 2018 range from about $80,000 to about $220,000.

Applications software developers and information security analysts are expected to hire the greatest numbers of workers in the next 10 years of the six computer and mathematical occupations. Given the 25.6% and 31.6% projected 10-year growth for both occupations, respectively, there will be 241,500 more applications software developers and 35,500 more operations research analysts in 2028 than there were in 2018. Our study for the best American cities to work in tech may serve as a helpful guide of where to seek those jobs, as can our study on the best cities for diversity in the STEM workforce.

Three of the occupations in our top 25 most promising jobs for employment and pay are management occupations. They include financial managers, medical and health service managers and computer and information system managers, ranking second, seventh and ninth, respectively.

Combined, BLS predicts that almost 225,000 workers will join those three occupations within the next 10 years. Of the three, financial managers are projected to add the most workers to their ranks. BLS estimates that there will be 104,700 more financial managers in 2028 than there were in 2018, the fifth-highest expected 10-year growth in number of workers of any of the 48 occupations we considered.

Clinical, counseling and school psychologists and industrial-organizational psychologists – both categorized by BLS as life, physical and social science occupations – rank 14th and 23rd, respectively, on our list. Both occupations are expected to grow by more than 12% over the next 10 years and have experienced strong earnings growth over the past five years. Specifically, between 2014 and 2018, average earnings for clinical, counseling and school psychologists increased by 15.28%, while industrial-organizational psychologists saw average earnings increase by 21.05%. They may prove all the more useful in cities suffering from the most financial stress.

To find the most promising jobs for employment and growth, we filtered the total 808 occupations detailed by the BLS by  projected growth and earnings, looking specifically for jobs with greater than 10% projected growth over the next 10 years and 2018 mean earnings greater than $62,510, the 75th percentile of annual earnings nationally. We also filtered out any occupation with “other” in the title due to lack of specificity. We compared the remaining 48 occupations across the following four metrics: