The Best Cities to Be Self-Employed 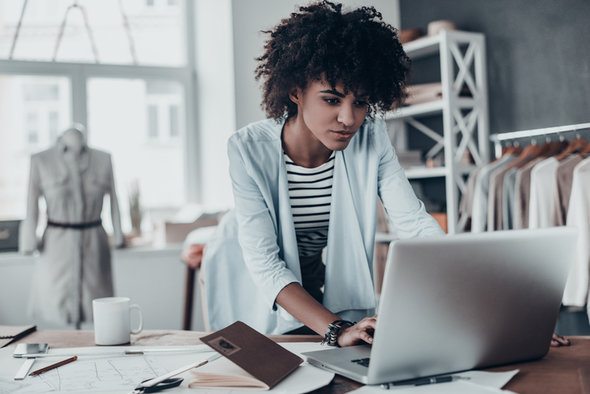 For many Americans, being your own boss is a long-held aspiration. But striking out on your own can be challenging and risky. There are many factors that can add potential roadblocks to people hoping to start their own businesses. Income tax rates, for example, come into play, as well as local costs of living. Below we analyze data on these and other metrics to find the best cities to be self-employed.

Thinking about buying a home? Check out how much home you can afford. 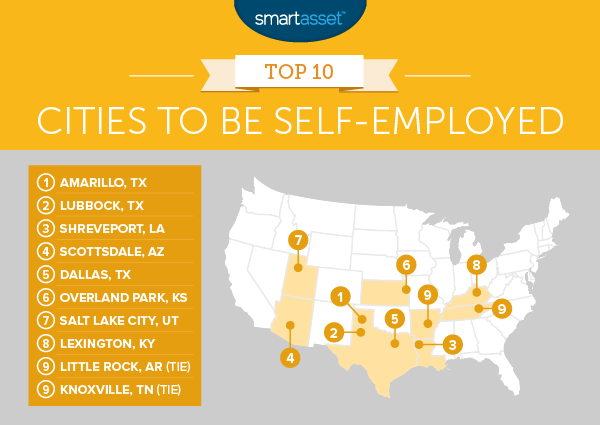 Amarillo tops our list. Self-employed Amarillo residents earn some of the highest wages in the study. On average, they make about $89,000 per year. That income will go even further when you consider how affordable Amarillo is. The city is the second-least tax-burdened place in our study.

Homes in Amarillo are also affordable. According to our data, the median monthly housing cost is $841 per month. If the average self-employed worker was paying for the median home, it would cost them only 11% of their income. For that metric Amarillo ranks second.

Self-employment is a relatively lucrative gig in Lubbock, Texas. The average self-employed worker here earns just under $75,000 per year. Like Amarillo, Lubbock ranks highly because of its affordability. Affordability is an important concern for anyone trying to start their own business. Lubbock has the 16th-lowest local tax burden and the median home costs $866 per month.

It’s worth noting however, that not many people in Lubbock have taken the self-employment route. Only about 2.63% of working people are self-employed here, a below-average rate.

The median home here costs $740 per month. That means average self-employed individuals would only need to spend 11% of their income to cover housing costs on the average home. For each of those metrics – housing costs, average earnings and housing cost as a percent of earnings – Shreveport ranks in the top 10.

Self-employed workers in Dallas earn quite a bit on average. According to our data, the average self-employed person in Big D earns just shy of $85,000 per year. Thanks to low costs of living in Dallas, that $85,000 goes pretty far.

Overland Park is a great place for work, regardless of how you do it. The unemployment rate here is only 3.6%. But if you can manage owning your own business, it pays off in Overland Park. The average self-employed person earns over $75,000 per year.

It’s also not uncommon to find self-employed workers in Overland Park. Around 4.54% of workers are self-employed.

Salt Lake City takes seventh. One plus for anyone thinking about self-employment in Salt Lake City is the potential for high earnings. The average self-employed worker earns just over $67,000 per year.

One possible blight on The City of Saints’ score however is that self-employment does not seem like a very common employment path for residents to take. Only 2.86% of workers in Salt Lake City are self-employed.

Data from the Census Bureau shows that the Lexington population has chosen self-employment at above-average rates. Around 3.8% of workers in Lexington are self-employed. For that metric Lexington ranks 27th.

Another great part about being self-employed in Lexington is the relatively low costs of living. The median housing cost in the area is only $907 per month.

The monthly median housing cost, for example, is $882 per month. At the same time, the average self-employed person in Little Rock takes home $62,000 per year. That means Little Rock self-employed workers can get a head start on saving for retirement. 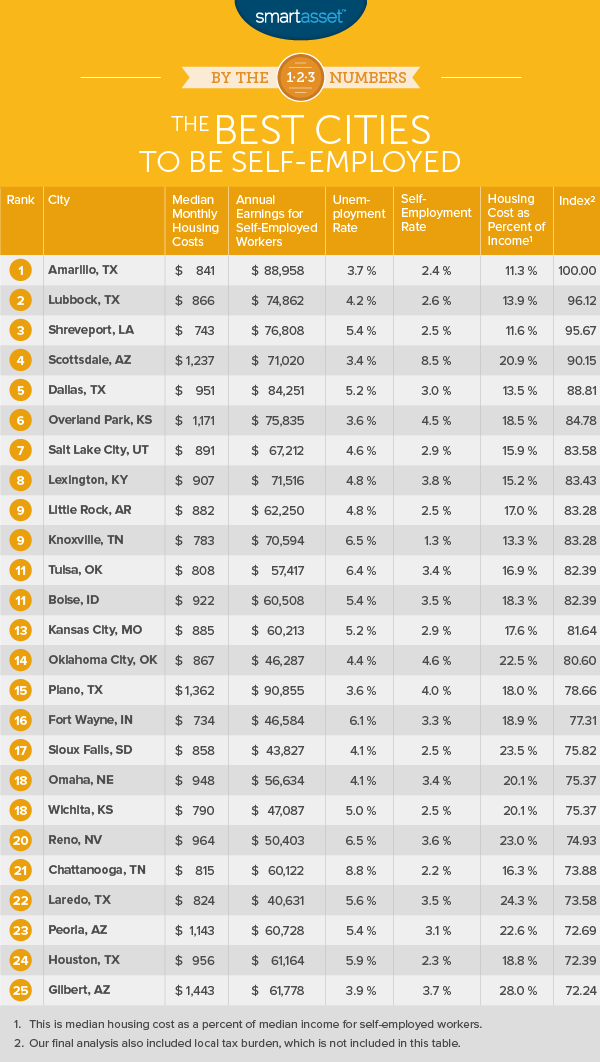 In order to find the best cities to be self-employed, we looked at data on the 150 largest cities in the country. For the purposes of this study, we defined self-employed workers as those who own their own incorporated business. We compared them across the following six metrics:

Paying the tax man is often confusing when you’re self-employed. Here are some tips to help.

Self-employed people need to make sure they are paying enough taxes throughout the year. This means paying taxes each quarter. Self-employed workers also qualify for a variety of tax breaks. You will want to research which ones you qualify for to limit your tax exposure. For example, you can claim deductions for business equipment, travel expenses related to business and interest paid on business loans. Make sure you only deduct business-related expenses, in case you’re audited.

Although self-employed workers do not typically to have access to employer-sponsored retirement plans, it is still possible to save for retirement. Putting a portion of your profits away into an individual retirement account (IRA) can lower your taxes while helping you invest.