Teens and Taxes: What Parents Need to Know About Summer Jobs 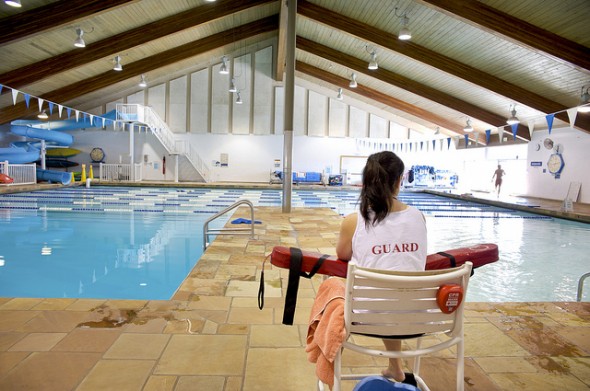 Taking on a summer job is a rite of passage for many teens and it’s a great way for kids to learn some financial responsibility while earning their own money. It’s also an opportunity for young adults to get acquainted with what it means to have to pay taxes.

Related Article: 3 Ways to Get Your Kids to Save

In most cases, any money your teenager earns from working (from a year-round or summer job) is considered taxable income by the IRS. Whether or not they’ll have to fork over any cash to Uncle Sam depends on how much money they make and what kind of work they do. If your teen is planning to join the workforce this summer, it helps to understand the potential tax implications, both for them and for yourself.

When your teenager gets hired for a summer job they’ll most likely have to complete a Form W-4 before they can start working. The purpose of the W-4 is to let the employer know how much the employee wants to have withheld for federal and state income taxes. Your teen can also use this form to claim an exemption from federal withholding if they don’t think they’ll earn more than the standard deduction limit.

Generally, as long as your child is considered a dependent and they don’t earn more than the standard deduction limit they won’t have to file a separate tax return on income generated from a summer job. The IRS considers anyone who is under age 19 a dependent, unless they’re permanently disabled. For 2014, the standard deduction limit is $6,200 so as long as they don’t make over that amount they won’t have to worry about filing in April.

If your teen is interested in branching out on their own, starting a summer business is a step in the right direction. You just need to keep in mind that whether it’s babysitting or mowing lawns, they may still be responsible for paying taxes on the money they make. Generally, the IRS requires teens who earn more than $400 from self-employment to file a tax return. If they have any expenses to deduct, such as mileage or equipment, they’ll also need to file a Schedule C. For 2014, the self-employment tax rate is 15.3% of the net profits.

The self-employment tax rule also applies if your teen is working for an employer as an independent contractor, rather than an employee. In this situation, they would receive a Form 1099 at the end of the year if they earned more than $600. Depending on how much they earned, they may not have made enough to owe federal income tax but they’ll still be on the hook for self-employment tax.

Working in the Family Business

If you or your spouse owns a business, putting your teen to work can give them some valuable entrepreneurial experience and it may even help you to score a tax break. If the business is set up as a sole proprietorship or partnership, you’re not required to withhold FICA taxes if your child is under 18. You also don’t have to pay federal unemployment tax if they’re under age 21.  Just keep in mind, however, that if you pay them more than the standard deduction limit you’ll still have to withhold federal income tax.

Claiming your son or daughter as a dependent on your income tax can add up to some serious tax savings but if they’re making their own money, it could throw a wrench in your plans. Generally, the IRS allows you to claim eligible dependents who work as long as they don’t provide more than half of their own financial support during the year. Your teen also has to live with you for more than half the year. It’s important to note that if you do claim your teen as a dependent and they end up having to file a separate return for summer job income, they won’t be able to claim a personal exemption for themselves on their taxes.

The IRS defines income as earned or unearned for tax purposes. Generally, money from a summer job or self-employment would be considered earned income. Unearned income refers to money your child receives from investments, including interest, dividends and capital gains. If your teen has any unearned income on top of what they make at their summer job a different set of tax rules will apply.

The first $1,000 in unearned income your child receives is tax free. The next $1,000 is subject to a tax rate of 10%. Anything over $2,000 will be subject to the parents’ marginal rate, which could mean a big tax bite when it’s time to file. If you know your teen will be receiving taxable amounts of earned and unearned income, you may want to consult a tax professional about the best way to minimize the tax liability.