Are the Tax Benefits of Marriage Worth It for Millennials? 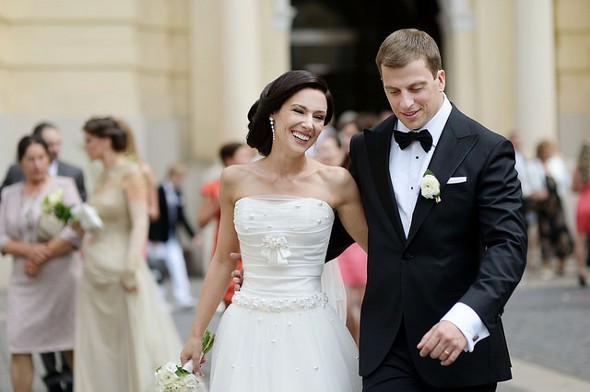 Faced with staggering student loan debt and a job market that’s less than friendly, millennials are finding themselves putting off major life decisions longer and longer. Not only are they not rushing out to buy homes, but they’re also delaying the choice to get married, citing their financial woes as the reason. While marriage brings an entirely new set of money issues to contend with, it does offer some advantages, particularly from a tax perspective. Members of the 18-to-34 crowd who are contemplating whether walking down the aisle is the right move need to understand what kind of tax breaks they’re missing out on by staying single.

You Can Get More out of Your Deductions

Deductions reduce your taxable income, which can be extremely helpful if you’re teetering on the edge of being pushed into a higher tax bracket. Certain deductions are capped at a set amount, while others, such as the deduction for charitable donations, are calculated as a percentage of what you earn.

As of 2015, the most you can write off for charitable giving is 50 percent of your adjusted gross income. If you’re single with an AGI of $50,000 annually, your deduction would be capped at $25,000. On the other hand, if you marry someone whose AGI is $100,000 or more, you suddenly have a lot more you can deduct, which can substantially lower your tax bill.

If you normally don’t itemize, you still benefit in the form of a larger standard deduction. Beginning in 2015, the standard deduction limit for single filers is set at $6,300. Married couples who file a joint return are able to double up and take a deduction worth $12,600.

Getting Married Can Make Saving for Retirement Easier

If you’re not putting anything away for the future because you’re having trouble finding a place in the workforce, getting married may allow you to start building your nest egg. As long as your spouse is working, he or she can open a spousal IRA and funnel part of their income into the account for your benefit. For 2015, married couples can save $5,500 in a spousal IRA, which could go a long way towards creating financial peace of mind for the nonworking spouse.

Having Kids Can Reduce Your Tax Liability

Kids can be expensive, but millennials who decide to add a new little bundle of joy to their married life can get a payback in the form of tax credits. Credits are different from deductions in that they lower your tax bill on a dollar-for-dollar basis. While they don’t pack as much of a punch as deductions, claiming them on your tax return will still work in your favor once April 15th rolls around.

In addition to a $4,000 exemption, parents can also claim the Child Tax Credit, which is worth $3,000 in 2015. If you’re on the lower end of the income scale, you may be eligible for the Earned Income Credit which can be worth up to $6,242. The Child and Dependent Care Credit puts some of the money you pay for daycare back in your pocket if you and your spouse both work. Those are some valuable perks that millennials should keep in mind when the subject of getting married or having kids comes up.

It Also Helps if You’re Planning to Sell Your Home

Not all millennials are shying away from buying a home, and if you decide to upgrade to a bigger property later on, being married can ease the tax burden. Generally, when you sell a home you’re allowed to exclude up to $250,000 in profit from your income. When you’re married and file a joint return, you can increase that limit to $500,000. That’s a major boon for millennials who may have inherited a home from their parents or see their property value skyrocket over time.

Getting married is an emotional decision first and foremost, but it’s still important to think about what it means financially. Two incomes are always better than one, especially when you’re trying to tackle big goals like paying off debts or saving money for the future. We’re not saying that anyone should tie the knot based solely on monetary considerations, but as far as the tax breaks go, getting hitched does offer some benefits to cash-strapped millennial couples.