States Where It’s Easiest to Get Help Filing Taxes 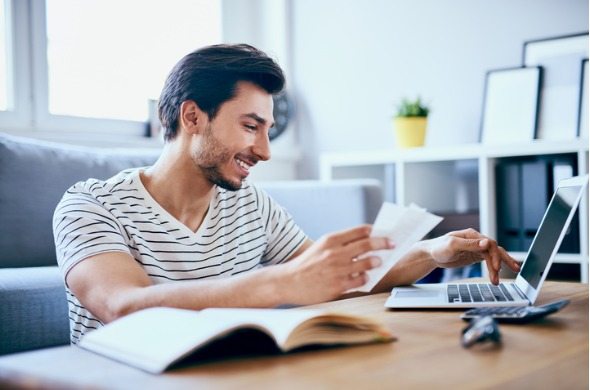 Many Americans try to reduce the stress of filing taxes by using online tax software or hiring an accountant. In some states getting this tax help is easier than others due to more affordable rates for accountants and better internet access. Below we look at the states where it’s easiest to get help during tax season.

In order to rank the states where its easiest to file taxes, we gathered data for all 50 states and Washington, D.C. We compared them across metrics like availability of accountants, affordability of accountants, percent of people who hire someone to file their taxes, percent of people who get volunteer help to file their taxes and the percent of residents with access to the internet. Check out our data and methodology below to see where we got our data and how we put it together.

Minnesota is a land of accountants. There are about 10 accountants for every filed tax return – a top 10 score – and about 1% of all workers are accountants. That means two things: First, access to tax expertise shouldn’t be difficult to find in Minnesota and secondly, this large supply of accountants should lower the price of hiring one to help with your taxes.

According to our data, the average accountant in Minnesota makes only 38% more per hour than the average worker. That is the seventh-smallest gap in our study. It is a good thing getting your taxes done in Minnesota is on the easy side, the state has some of the highest taxes in the country.

If you decide to use tax software this year, Massachusetts is a good place to be. Over 85% of residents have internet access.

Tax season in the Bay State can probably get stressful. Connecticut has some of the highest taxes in the country. But luckily for filers in Connecticut the state is a good place to get tax help. The state has about 8.8 accountants per 1,000 returns filed, a top 20 rate.

Colorado has more accountants than most states relative to its size. This state has 34,150 accountants and auditors, according to Bureau of Labor Statistics, and only 2,500,000 workers overall. That means 1.36% of all workers are accountants.

However despite this abundance, accountants in Colorado can be pricey. The average accountant makes 46% more than the average worker, or the fourth-worst rate in the top 10. Filing your taxes online in Colorado could be a good idea. That state has some of the best access to the internet in the country, with 87% of households having internet access.

Delaware is famous in tax circles as a great place to form a business. This means the area has plenty of local experts when it comes to navigating the ins and outs of the tax code. In total Delaware has the third-most accountants per tax return filed in the country and the third-most relative to the number of overall workers.

Interestingly not too many locals seem to use their services. Only 45% of filers in Delaware pay someone to help them file their taxes, a score which hurts their ranking.

No state has anywhere near as many accountants, relative to population, as the nation’s capital. Washington, D.C. has 32 accountants per 1,000 returns and 1.58% of all workers are accountants. This means if you want professional help you shouldn’t need to look far to find it.

Another plus to getting a professional accountant’s help is that it shouldn’t be too expensive. The typical accountant in Washington, D.C. only makes 12% more than the average worker, making it the most affordable place in the study to get professional help filing your taxes.

New England’s third and final state on this list is Rhode Island. Residents here seem to rely on the help of local experts which suggests the availability of help is widespread. About 58% of filers in Rhode Island get professional help and 3.4% get help from IRS-certified volunteers.

One concern for locals is probably the cost of professional help. The average resident would need to work for three hours to pay for two hours of the average accountant’s time. That is the third-highest rate in our top 10.

No state relies on professional help more than New York. Around 65% of all returns in this state have a paid preparer’s signature on them. One reason New York residents may decide to use professional help is its wide availability. This state has the fourth-highest concentration of accountants in the country.

If you are in New York and thinking about getting professional help this tax season, using free online tax software may be the more economic decision. The average accountant makes 58% more than the average worker in New York. Plus, the internet in New York is fairly widespread, over 82% of houses are connected to the world wide web.

Maryland rounds out our top 10. Residents here seem to trust their tax-filing skills. Despite the fact that one out of every 100 residents is an accountant, a top 10 rate, about half of Maryland’s tax filers decide to go it alone.

An advantage for tax filers in Maryland is ubiquity of internet access. Over 86% of households have access to the internet, which means access to tax paying software and the ability to Google questions relevant to their taxes like Maryland’s average effective property tax rate.

In order to find the states where it is easiest to get help filing taxes, we looked at data on all 50 states plus Washington, D.C. We compared them across the following six metrics:

Doing your taxes does not have to be stressful. Here are some tips to make tax season as stress-free as possible.

File your taxes early. If you wait to the deadline (April 17, 2018) you risk having to rush and making a mistake that could lead to you getting the wrong amount refunded to you. For whatever reason if your tax return is not ready for the April 17 deadline, you can file for an extension using the IRS’ free file program. But again, it’s best to file for an extension well in advance if you think you’ll need it.

If instead of getting a refund, you find out you owe taxes you should pay it right away. By waiting you could potentially incur penalties and interest charges. If you cannot fully pay what you owe, you can request a payment plan from the IRS. Most people who owe taxes should be eligible for one. You can apply for the installment plan online through the irs.gov site.

Many Americans are also eligible for free tax preparation help. If you make less than $64,000 you can prepare your taxes using brand-name tax software for free. To find out how check out the IRS website.