5 Ways to Cut Your Tax Bill Before the New Year 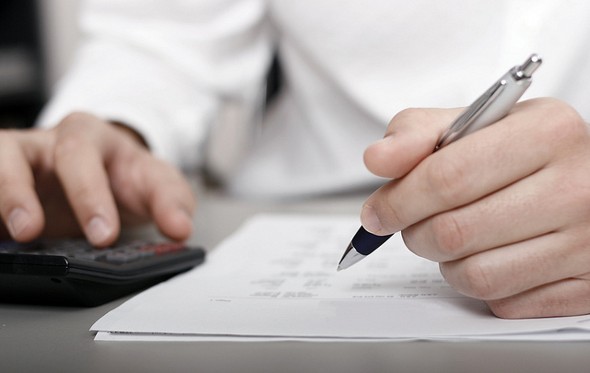 When you’re caught up in the hustle and bustle of the holidays, your taxes are probably the last thing on your mind. Even though April 15th is still a few months off, that doesn’t mean you can’t start preparing for it now. In fact, making some key financial moves before the year is out could add up to some decent savings once it’s time to file. If you’re looking to shave a few bucks off your 2014 tax bill, here’s what you need to do now.

Donating money or household items to your church or favorite charity feels good, and it can also benefit your wallet in the form of a tax deduction. As of 2014, the IRS allows you to claim a deduction for charitable donations of up to 50 percent of your adjusted gross income. That’s a great reason to give if you’re expecting to owe Uncle Sam money at tax time.

To write off donations, you’ll have to itemize your deductions on Schedule A. Only donations made to qualifying charities are allowed, and you’ll have to provide receipts to back up your claim. If you’re giving cash, the receipt should show the date and amount of the donation, as well as the name and address of the receiving charity. For donations of clothing, books or other goods, the receipt should include a list of the items and an estimate of their fair market value.

Max out Your Tax-Advantaged Savings

Socking away money into a tax-advantaged account, such as a 401(k) or Health Savings Account, is a smart move for several reasons: first, it allows you to reduce your taxable income, which could push you into a lower bracket and lower your tax liability. Second, it’s an easy way to build up cash reserves that you can tap into once you’re ready to retire.

With an HSA, the limits are $3,300 for individuals and $6,550 for families, with a catch-up contribution of $1,000 allowed for the 55+ crowd. When you’ve got some extra cash to spare, using it to max out these kinds of accounts is a relatively painless way to shrink your tax bill.

Balance out Your Investments

If you’ve got money in investments outside of a retirement account, now’s the time to evaluate where you’re at in terms of gains and losses. When you’ve got a few losing ponies in the bunch, you might want to think about selling them off to try to offset any capital gains. That’s especially important if you’re a high-income earner.

As long as you’re in the 10- or 15-percent federal income tax bracket, you can take advantage of the zero-percent capital gains rate. At the higher end of the scale, the rate goes up to 20 percent for people who are in the 39.6-percent tax bracket and earn above a certain amount.

For 2014, the 20-percent rate applies to single filers who earn more than $406,751 and married couples filing jointly who make over $457,601. If you’re in that higher income range, you’re also subject to 3.8-percent Medicare surtax, which is even more reason to try to minimize gains.

Defer Part of Your Income if You Can

Getting a big bonus from your employer at the end of the year can be a nice surprise, but it may have serious implications for your tax filing. If you already know that you’re teetering on the brink of being pushed into a higher tax bracket, any unexpected infusion of cash could be enough to push you over the edge. Putting off accepting the bonus until after the new year may allow you to sidestep the potential tax issues.

If you work for yourself or own a business, waiting to invoice clients until after the first of the year can achieve the same effect. Just make sure that if you’re planning to defer some of your income, you run the numbers first to see how it could affect your filing for the 2015 tax year. It may not do you any good to shuffle the money around if it’s still going to result in a higher tax liability down the line.

Tax credits are good for reducing what you owe on a dollar-by-dollar basis, but deductions can be even more valuable. The more expenses you’re able to write off, the lower your taxable income becomes. If you’ve got thousands of dollars in deductible expenses, that could mean a huge difference with respect to what tax bracket you end up in.

Some of the most common costs the IRS allows taxpayers to deduct or get credit for include business expenses, medical expenses, education expenses, moving expenses and child care. If you haven’t been keeping up with your receipts throughout the year, you shouldn’t waste any time adding up what you’ve spent. You might be surprised at just how many money-saving deductions and credits you actually qualify for.