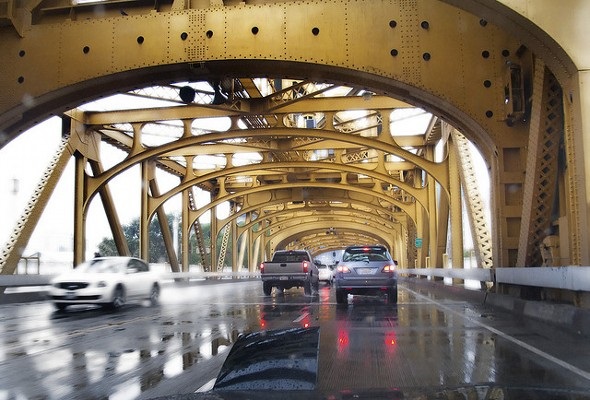 Like pre-tax spending on health care expenses or 401(k) matching contributions, commuter benefits are often a nice perk for employees at larger companies. They’re increasingly popular, but some people are saying there’s a better way to give workers a break at tax time. We explain four things you probably didn’t know about commuter tax breaks.

1. 2% of American workers use them for transit expenses

That’s right. A recent report by transit advocacy groups estimates that 2.7 million commuters who take public transit to work claim tax breaks under the current system. That number will likely grow as more local governments boost efforts to “green” their cities and encourage the use of mass transit.

2. You can use them for parking expenses

While the value of tax breaks for those who commute by mass transit has fluctuated by over $100 depending on Congress, a separate tax break exclusively for parking expenses has stood at $230-250 for years. Parking expenses you incur when attending a business meeting, seeing a client or hitting up a professional conference have long been deductible. But there’s also a special deduction for parking expenses at or near your regular workplace. Plus, you can use pre-tax money when you pay to park at the train station or a  park-and-ride you use to get to work.

3. They may soon be city-based

Currently, it’s up to each individual company to decide whether to offer commuter benefits, but some say offering the pre-tax commuter perk should be a requirement for any company within city limits. San Francisco already requires all businesses with a San Francisco location and 20 or more employees nationwide to offer commuter benefits. The 2009 ordinance was designed to decrease traffic on the road by incentivizing carpooling and public transit ridership. Similar plans are in the works for New York City and Washington, D.C.

The current system for commuter tax benefits has its critics. First, there are the folks who think the $250 parking tax break creates the wrong incentives by making it cheaper for people to drive themselves to work. These critics say that the parking benefits lead to more congestion on the roads and more carbon emissions. They also say that the parking tax break and the transit tax break cancel each other out, and bristle at the fact that transit benefits have historically been lower than parking benefits.

Next, there are the folks who say that whatever form of commuting they cover, pre-tax commuter benefits are regressive. What does regressive mean, again? It means that it helps rich people more than it helps poor people. Here’s their argument: Those who currently get the most out of transit benefits are people (usually the well-to-do) who work at the big firms that offer the perk, and people in the highest tax brackets (the wealthy).

That’s because the higher your tax bracket, the more you save on anything that gets withheld from your payroll before you have to pay taxes on it. Critics in this camp say it would make more sense to change commuter benefits to a tax credit equal to a set amount. That way, people with less money would feel the benefits more than the wealthy would.

What do you think about commuter benefits? Do you have them at your current job? Share your thoughts in the comments below.