The SmartAsset Guide To Student Loans 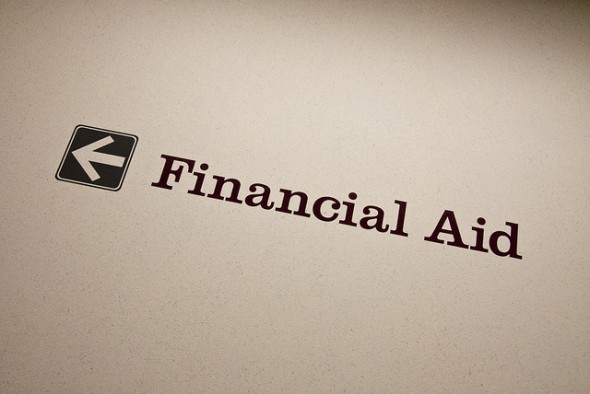 When you think of college you think of studying, parties, pizza, guys, girls, and late nights. We seldom think about debt until graduation and the time comes to start making payments. Rising tuition at state and private schools is continuing to rise and along with them so is student debt. For student and their families preparing for college the maze of financial aid forms can be confusing leaving many to assume that college loans are college loans. They are not. There can be up to five very different student loans available for students and their families to choose from and the differences can be substantial.

Subsidized Stafford Loans are available to all students who are U.S. citizens or eligible non-citizens who are at least half-time students in a degree or certificate program and have a demonstrated financial need. There are very important limits to be aware of. There is a lifetime maximum for undergraduate students of $23,000 which is parceled out incrementally:

As of July 2012 Subsidized Stafford Loans are no longer available for graduate students.

Interest on Subsidized Stafford Loans is generally paid by the federal government while the student is enrolled in school, in a grace period (6 months from graduation or dropping out) or in an approved deferment period. Interest rates on these loans are authorized by congress and currently are:

Repayment of Subsidized Stafford Loans starts 6 months after the borrower graduates, withdraws or is otherwise not enrolled at least half-time. Deferment and forbearance are available under limited circumstances and you will have to work with your loan servicer to arrange them. Subsidized loans are expected to be repaid within 10 years and different payment plans are available. There are no penalties for prepayment or early repayment.

Interest rates on these loans are authorized by congress and currently are:

Interest accrues on these loans upon disbursement and can be paid monthly or quarterly while in school or the interest can be allowed to accrue but will be added to the principal amount borrowed (capitalized).

The Stafford Loan program provides for a maximum $57,500 for undergraduate independent and dependent students whose parents are unable to obtain a Parent PLUS Loan. These excess loans are available as both subsidized and unsubsidized based on the student’s need and follow the same rules as above with the following limits:

Repayment terms are the same as for Subsidized Stafford Loans.

Perkins Loans are available only to students (undergraduate and graduate) who have demonstrated exceptional financial need and are U.S. citizens or eligible non-citizens enrolled in a degree or certificate program as at least half time students. Perkins Loans have the following limits:

Repayment of Perkins Loans differ from Stafford Loans in that  repayment begins 9 months after graduation or withdrawal and additional Perkins-specific deferments and forbearance are available. The interest rate on these loans is also set by the federal government at 5%.

These loans are available to natural or adoptive parents or in some cases stepparents and legal guardians of eligible undergraduate students. Parent PLUS Loans are not need based and the borrower must have good credit or a co-signer may be required. Parents may borrow up to the full cost of attendance less any financial aid. The cost of attendance is determined by the school so personal items and travel may not be included.

Parent PLUS Loans have no limit on the amount that can be borrowed and typically have repayment periods of 10 years with various payment plans available. Like Stafford and Perkins Loans there are no penalties for prepayment or early repayment. Deferment or forbearance are available under certain conditions but interest will  continue to accrue.

Interest rates are as follows:

There are other private tuition financing options that are available to students and their families that include consolidation loans which can be used to combine multiple loans into a single package and extend the repayment period for up to 30 years. Other options include private loans and institutional loans (from the school). The terms of these loans will depend upon factors such as credit rating and the prevailing market interest rates.