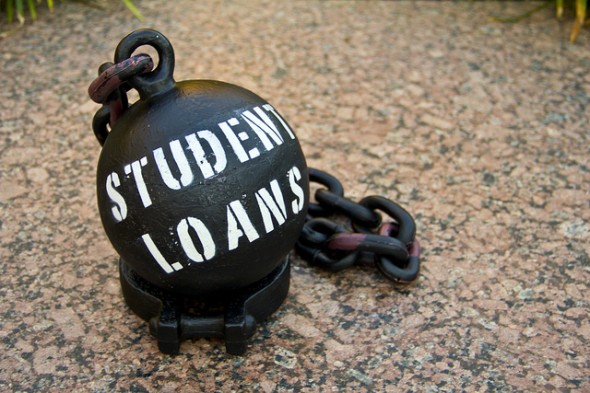 It’s no secret that student loan debt in the U.S. has reached epic proportions. According to the most recent statistics from the Consumer Financial Protection Bureau (CFPB), federal student loan debt alone is hovering at just over $1 trillion. With the job market continuing to recover, many graduates have found themselves struggling to keep up with staggering payments. The CFPB estimates that more than 7 million borrowers who owe either federal or private loans are currently in default.

Dealing with the burden of student loan debt isn’t easy. The federal government has introduced a number of income-based repayment options but students must meet certain guidelines to qualify. In an effort to address the student loan problem, Sen. Elizabeth Warren (D-Mass), along with several of her colleagues, has introduced new legislation that would make it possible for students to refinance their loans to a lower rate. Representatives George Miller (D-Calif.) and John Tierney (D-Mass) are reportedly planning to introduce similar legislation in the House.

The proposed Bank on Students Emergency Loan Refinancing Act would allow students who took out federal loans prior to 2013 to refinance them to the current federal interest rates of 4.66% for undergraduates. Last year, Congress passed the Bipartisan Student Loan Certainty Act, which tied federal student loan interest rates to market rates. Prior to the legislation’s passage, federal student loan rates had been set to double to nearly 7%.

In a press release posted on her website, Senator Warren explained the need for legislation to deal with the student debt problem. “Exploding student loan debt is crushing young people and dragging down our economy,” she said. “Allowing students to refinance their loans would put money back in the pockets of people who invested in their education.”

What Would Result for Student Loan Debt?

The legislation would also be a boon to students who took out private student loans, which typically carry much higher interest rates than federal loans. These students would be able to refinance their debt under the Federal Direct Loan Program. According to Warren, this would cut down on the number of student loans that end up in default and save students hundreds or even thousands of dollars in interest.

According to a report released by the Government Accountability Office earlier this year, the federal government stands to rake in approximately $66 billion in profit based on the interest accrued for loans taken out between 2007 and 2012. Critics of the legislation have claimed that these figures shouldn’t be taken at face value, since the government charges rates that are significantly lower than private lenders.

Funding for the legislation has also been an issue, since it would require the enactment of the so-called Buffett Rule. This rule would impose a higher minimum tax rate on households earning more than $1 million annually. Wealthier Americans would no longer be able to take advantage of tax breaks that allowed them to effectively pay a lower tax rate than middle-class taxpayers.

Lawmakers are expected to vote on the bill sometime in June but it remains to be seen whether or not the legislation will pick up steam. The measure must gain bipartisan support to successfully pass and reportedly, there are doubts as to whether Republicans will get on board. For the nearly 40 million Americans who owe student loans, relief can’t come soon enough.