The Value in a Degree: National College Rank vs Real World ROI 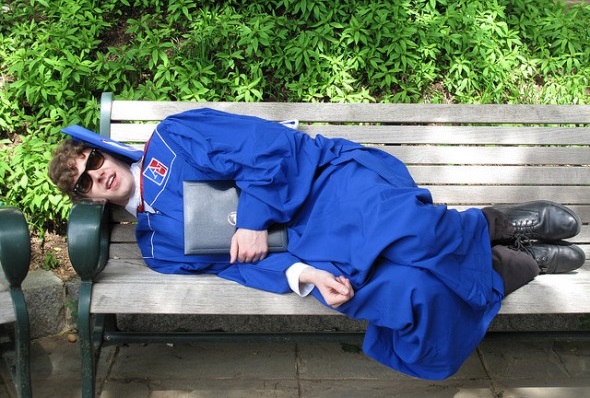 In the world of higher education rankings and earnings choosing to live and die by statistics is a recipe for unhappiness and dissatisfaction. Statistics do not represent individuals but collections of people and how well an individual performs in any measure of success is up to the individual. Everyone loves a bargain and we all desire to have nothing but the best for ourselves and our children. This is particularly true when it comes to college educations. The evidence, especially over the last several years is striking. Highly selective schools have become even more selective with plummeting acceptance rates.

The reason for the drop in acceptance rate is not because of an insufficient number of qualified applicants but an overabundance of them. Increased numbers of top performing high school seniors are no longer applying to schools based on cost and geography but are applying based on prestige (Rank) and future earning potential (Return on Investment or ROI). The result is highly selective schools are becoming more selective.

The results of multiple studies including one from the Department of Labor’s National Center for Education Statistics all agree the better the school the school rank the better the starting and future salary. DISCLAIMER – This is not a straight line progression all graduates from Harvard (US News ranked #1) do not earn more than all graduates from Stanford (US News ranked # 6) in fact in this particular case Stanford grads do better on average than Harvard Graduates.

A closer look at the numbers reveals that the statistics are a lot more complicated than you might assume. Using Perennial number 1 Harvard as our benchmark according the website Payscale.com new graduates entering the workforce earn just under $51,000 and by mid-career have an average salary of $111,000. Compare that to 6th ranked Stanford’s $58,200 and $114,00 or Carnegie Melon at ranked 26th with starting salary of $60,000 and a mid-career income of $104,000 and you start to see that straight ranking alone is not enough to determine future income.

Picking on Harvard is not personal; rather it is based on the fact that many of the valedictorians from the county’s 37,000 high schools apply there as a matter of routine and others apply there at least in part thanks to the perception that a degree from there is the key to financial success. Yet if you graduated from Northeastern (#56) you could expect the same starting salary as a Harvard grad. Stevens Institute in Hoboken, NJ graduates (# 75) earn $1,000 more a year at mid-career than Harvard graduates.

For most people there is a cost to attending college. Full scholarships are rare, total financial aid is nearly impossible, loans are what pay a large chunk of college for majority of students. Loans come with interest and that adds up quickly over time. The public policy research organization DEMOS reports that a household with $53,000 in outstanding student debt will lose about $208,000 in wealth over the course of a lifetime compared to those without student debt.

Calculating the true return on investment is far more complicated than can be done in this space because the large number of variables, including shifting career opportunities, increases in student loan interest rates and one seldom mentioned variable missed investment opportunities because of debt payments.

So the short answer is better is definitely better in a top to bottom comparison. However most prospective students are not comparing top to bottom schools they’re comparing a range of schools within 50 or so ranking positions and from that perspective the differences are not as sharp as some would have you believe.

The cost differences between a higher ranked private university and lower ranked state university may well provide enough of a difference over the course of lifetime to make the ROI gap indistinguishable. This becomes even more evident when variables like course of study are taken into account. A graduate from a mid-level state school who attends law school is likely going to earn far more over the course of a lifetime than a Harvard graduate with a masters in sociology.