Where Retirees Rely on Social Security the Most 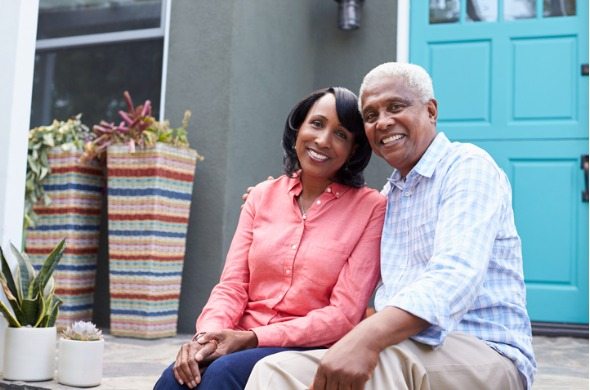 The best way to prepare for retirement is to get a head start by saving early and often, letting your 401(k) accrue interest as you head toward your golden years. But even the best-laid plans may go awry, and sometimes it’s difficult to save for retirement. This can leave seniors relying on Social Security to make ends meet during their retirement. 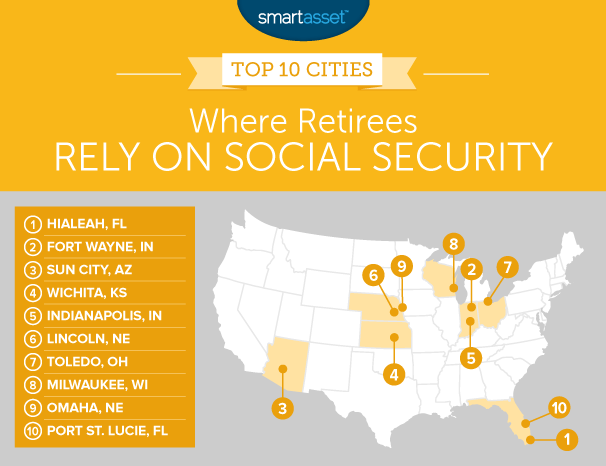 Hialeah has 46,000 residents aged 65 or over, the 53rd-most in the country. In general, these residents tend to rely on Social Security payments to make ends meet.

Fort Wayne is a college town with about 34,100 seniors. Census data shows that the average senior household here does not have a ton of retirement income, only $18,400 on average. And the average over-65 household takes in $20,800 in Social Security. This leaves Social Security making up a majority of the retiree budget in Fort Wayne.

Sun City is “an entire community dedicated to leisure and recreation for active, retired adult”, according to the city’s website. Our data suggests that in order to have fun in Sun City, seniors tend to rely on their Social Security income.

The good news for residents is that the cost of living in Wichita is relatively low. Census data shows that only 28% of seniors in Wichita are housing cost-burdened.

Indiana’s capital takes fifth. There are about 94,000 seniors in Circle City, giving it the 13th-most seniors in the country. Combining retirement income and Social Security income, Census Bureau data shows that the average senior household in Indy has about $39,000 in total retirement income. Social Security makes up $19,400 of that total or 49.85%.

There are 37,700 seniors in Toledo, a large portion of whom rely on Social Security. According to our data, the average senior household takes in just under $36,000 per year, 49% of which comes from Social Security.

The good news is that cost of living in Toledo is low and seniors don’t seem to struggle too much paying for housing. Only 32% of seniors are housing cost-burdened, a better-than-average rate.

There is not much separating Milwaukee from other cities in this top 10. Our data shows that Social Security income makes up 48.9% of total retirement income for the average senior household in Milwaukee, less than 1% below the cities ranked above it. In total Census Bureau data shows the average senior household has a combined retirement income of $36,500, $17,800 of which comes from Social Security.

Omaha takes ninth. The average senior household in this city takes in a combined $41,900 in total retirement income. Social Security makes up $20,400 of that, or 48.7%.

One promising statistic for Omaha retirees is their homeownership rate. Data from the Census Bureau shows that 75% of over-65 households own their home and only 34% of those households are housing cost-burdened.

On average, Port St. Lucie seniors take in a combined $43,200 in total retirement income, the most in our top 10. Of that income, $22,400 comes from independent means like IRAs. That leaves about $20,800 coming from Social Security.

One good sign for senior prosperity in the region is that only 33% of senior households spend over 30% or more of their income on housing. That is the 33rd-lowest rate in our study. 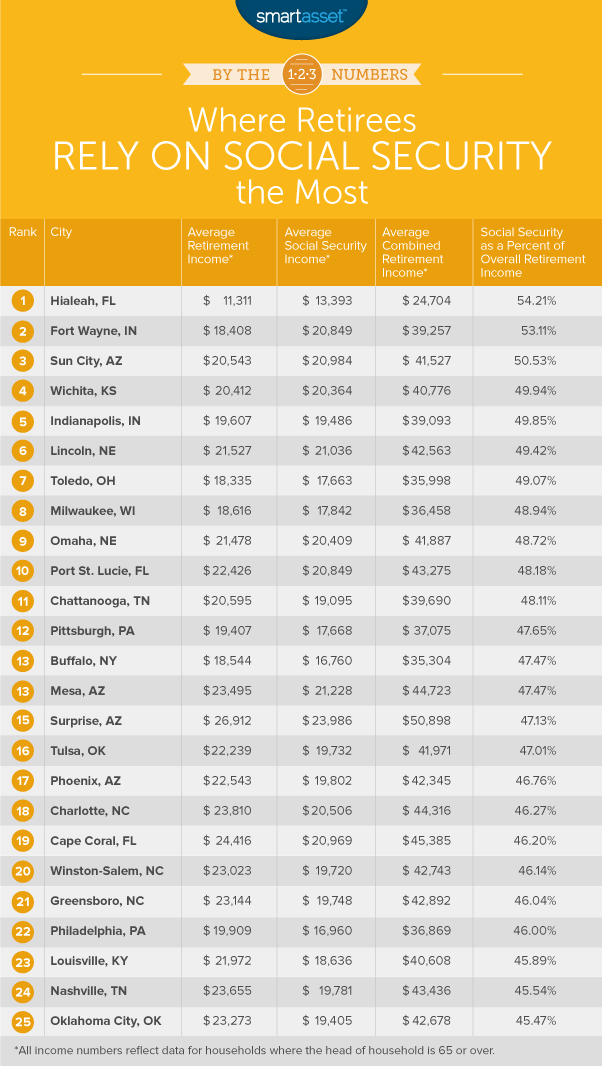 In order to find the places where seniors are most dependent on Social Security, we looked at data for the 100 cities with the largest population of residents aged 65 or over. Specifically, we looked at the following two metrics:

If you are nearing retirement age and don’t have much saved, it might a good idea to consider moving to a lower cost of living area. Living in a cheaper area will make every retirement dollar stretch further.