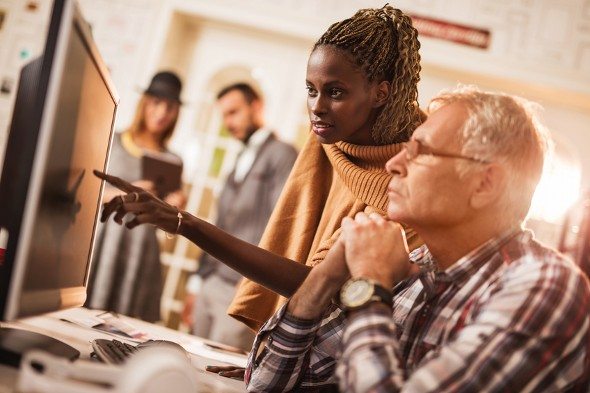 More and more seniors are staying in the workforce in their 60s and beyond. Some keep working out of financial necessity. Others want to wait to retire until age 70, when they’ll receive the maximum in Social Security income. Still others stay in the labor force because they derive satisfaction and enjoyment from their jobs. Here are the best cities for a “worktirement” in 2016.

This is SmartAsset’s second annual study of the best cities for a worktirement. Check out the 2015 rankings here.

To find the best cities for a worktirement, SmartAsset considered 10 factors. The data for six of those 10 factors came from SmartAsset’s Best Places to Retire Study and included things like the average effective tax rate and the number of seniors. The four other data points came from the Census Bureau and included factors like median housing costs and the senior unemployment rate.

For each of the 404 cities that had data in all 10 factors, we weighted the factors equally and assigned each city a score from 0 to 100 based on its performance. Check out the full methodology below.

Find out now: How much money should I save for retirement? 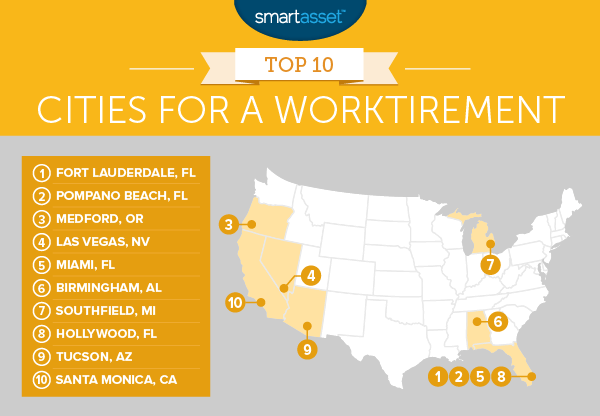 Fort Lauderdale is #1 on our list of the best cities for a worktirement in 2016. Of the 404 cities in our study, it has the highest number of doctors’ offices per 1,000 people. That’s great for seniors, who tend to consume more healthcare. If you have your worktirement in Fort Lauderdale you can easily slide into your real retirement when you’re ready. The area is so popular with retirees that there are plenty of amenities and services in place.

Also in Broward County is Pompano Beach, FL, the #2 city on our list. Seniors make up 19.1% of the city’s population, the eighth-highest concentration in our study. It also has the fourth-highest number of doctors’ offices per thousand. Plus, there’s a beautiful beach to enjoy when you’re not working.

The only Northwest city on our list is Medford, Oregon. It’s a popular retirement community that’s also great for a worktirement. Medford has one of the lowest effective tax rates in our study and the third-highest concentration of retirement communities per thousand residents.

Las Vegas had solid all-around performance in our 10 metrics. It also has the kind of dry heat that those who find Florida too humid might love. Maybe that’s why it has the fourteenth-highest senior population in our study and the highest in our top 10.

Related Article: The Cost of Living in Las Vegas

If you’re transitioning to worktirement with an eye toward future retirement Miami might be just the place. The number of doctors’ offices per thousand people in Miami is the third highest in our study so you’ll have plenty of healthcare options. It’s large enough to support more jobs than, say, Pompano Beach but still has great weather and lots of senior amenities.

Like Buffalo, Birmingham also appeared on SmartAsset’s list of the cheapest places to live. Its senior unemployment rate is the lowest in our top 10. Plus, Alabama has some of the lowest property taxes in the nation.

The only Northern Midwest city in our top 10 is Southfield, Michigan. Southfield’s city slogan is “The Center of it All!” The prosperous suburb north of Detroit came in 12th for the number of doctors’ offices per thousand residents and 12th for the senior share of the population.

The next city on our list takes us back to Broward County, Florida. Hollywood, Florida lies between Fort Lauderdale and Miami. Number eight in our study, Hollywood also came in eighth for the number of doctors per thousand residents. 15.4 percent of the city’s residents are seniors.

Your second option for a worktirement city with dry heat is Tucson, Arizona. 12.6 percent of Tucson’s population is senior citizens and the city’s housing costs are the second-lowest in our top 10. It’s also one of America’s Most Dog-Friendly Cities.

Related Article: The Cost of Living in Arizona 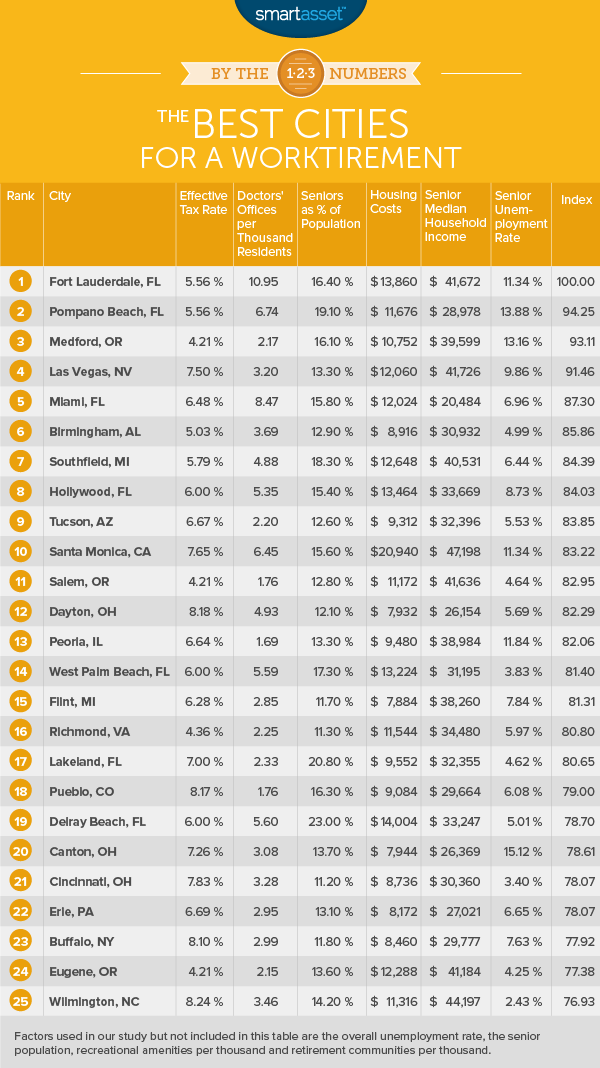 To calculate the average effective tax rate using the SmartAsset tax calculator we made the following assumptions: $35,000 in income, broken out to $15,250 in retirement income (such as a 401k or IRA), $13,724 in Social Security income and $6,021 in work income.

The other four data points in our study came from the U.S. Census Bureau’s American Community Survey (the 2014 1-year study). They were: median housing costs, the median income of households headed by seniors (65+), the unemployment rate for seniors seeking a job and the overall unemployment rate.