The Pros and Cons of Retiring in a Big City 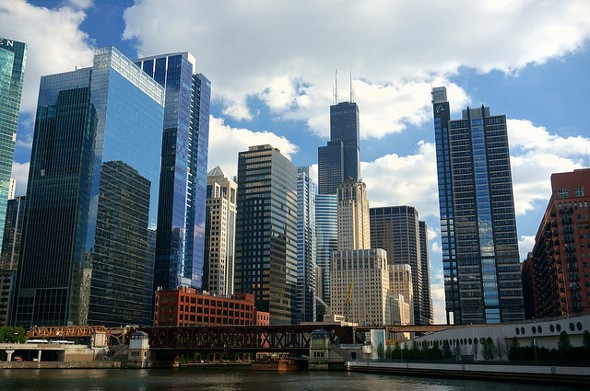 Is retirement on your mind? If so, you may be wondering where to settle in your golden years. This choice can have a big impact on your happiness. Whether you’re living in a big city now or considering moving to one in retirement, it’s important to know the pros and cons of retiring in a booming metropolis. We’ve got a list of three of each for you to check out before making any decisions.

Most people eventually stop driving as they age (and some people who don’t stop driving probably should). When you live in a big city, you don’t have to worry about that moment your kids take away your keys. Between public transit (and taxis if you’re feeling flush), you’ll always have a way to get around. Lack of transportation options won’t keep you from getting to dinner in time for the Early Bird Special.

Denser urban areas tend to offer more in the way of services targeted at older folks. If you need meals delivered or help paying your bills, you’ll likely have an easier time finding help in an urban area. And with more people around, you’ll have more options if you decide to hire a caregiver to work in your home. You’ll also likely live around more seniors, and can access special deals for older residents.

Retiring in a big city gives you more opportunities for cultural enrichment. If you’ve always wanted to become an art aficionado but never had the time, you could spend your retirement in glorious pursuit of the finer things in life. And with senior discounts at museums, movie theaters and concert halls, you can live large for less than you might think.

The fast pace of life in a big city can pose some risks for retirees. For example, once a person starts moving more slowly, crossing a busy street can be like running the gauntlet. Urban heat is another threat to older people living in small city apartments without air conditioning. Of course, one of the biggest risks for physical and mental health is social isolation/loneliness. If you think you’d have more frequent social interactions in a city, that’s a factor that could outweigh some of the risks of urban living.

Retiring in a big city can be pricey. Planning on selling your home in small-town America and using the proceeds to buy or rent a big-city apartment? You may face a home affordability shortfall. Down-sizing in retirement may cut down on household work, but it won’t necessarily be cheaper. A giant three-bedroom home in the suburbs might be worth less than a studio in a desirable city neighborhood.

If your idea of a blissful retirement is snoozing in a canoe with a fishing line trailing in the water behind you, retiring in a big city probably isn’t the best idea for you. In fact, choosing between a quiet retirement and a stimulating one can be a source of tension between members of a couple. If you’ll be retiring with a partner, it’s a good idea to start the dialogue about your retirement dreams sooner rather than later.

It’s natural to get hung up on the financial side of retirement, but retirees also face important lifestyle decisions. When you enter that new, post-work phase, it can be an opportunity to reinvent your life. Don’t rule out a big-city retirement and all it has to offer.