How to Retire in Taiwan: Costs, Visas and More 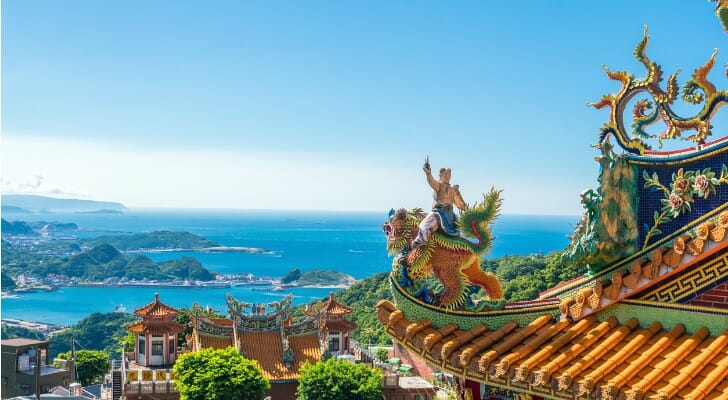 The Republic of Taiwan is an attractive place to live due to its island setting and metropolitan feel. This island nation is known for having the highest concentration of mountains globally, and the food in Taiwan has made its way around the world. For example, bubble milk tea has become an international delight. If you are considering international retirement, there are a number of factors to consider so it’s wise to work with a financial advisor. They will help you navigate the intricacies involved with moving abroad.

Cost of Living and Housing in Taiwan

The cost of living in Taiwan is similar to the U.S. According to Numbeo, a cost-of-living data base, consumer prices in Taiwan are 12% lower than in the U.S., not counting rent or purchasing a home.

Taiwan does not offer a retirement visa like some other southeast Asian countries like Malaysia and Thailand. However, foreigners who want to settle in Taiwan long term can apply for one of several non-retirement visas.

If you want to do a series of mini-retirements in Taiwan, you can get a tourism visa for 90 days at a time. You can then exit the country and re-enter later to receive another 90-day visa.

If you want to stay for longer, there are foreign investor visas and business visas that you can apply for. To do this, you must either invest a set amount in the country or work for a Taiwan-based company.

Regardless of the visa option you choose, it is wise to work with a local immigration lawyer in Taiwan to ensure that your paperwork is filled out correctly. Additionally, they will be able to help you navigate the intricacies of the language and local customs. 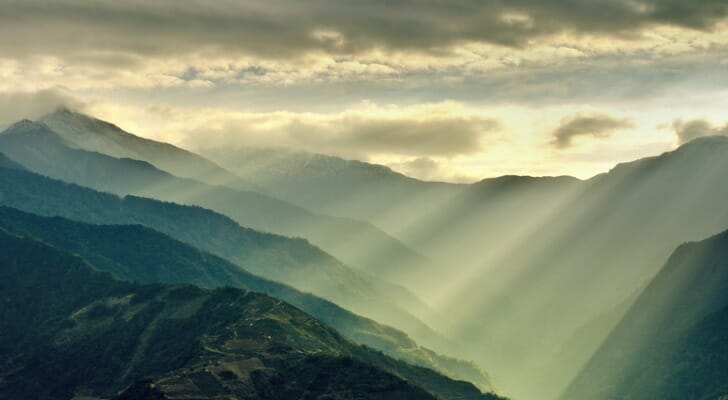 Taiwan ranks 11th globally in the healthcare efficiency index of Knoema.com, and Numbeo ranks the nation’s healthcare system as the best in the world. Consider its record in handling COVID 19: as of early December 2020 it had 716 cases and seven deaths among a population of 23.6 million, according to Johns Hopkins University’s Center for Systems Science and Engineering.

Taiwan has a national health insurance (NHI) system that was introduced in 1995. All citizens are enrolled in the system, and the government administers it. A legal resident of is eligible for the NHI program. It includes coverage for inpatient and outpatient care, prescription drugs, dental care (excluding orthodontics and prosthodontics) and more. For those employed in Taiwan, they can apply through their employer. Simultaneously, those who are resident retirees can find enrollment information on the Bureau of National Health Insurance website.

Taiwan doesn’t offer free healthcare for expats, but payments will come in the form of copayments. Usually, you can expect to pay 10% to 20% of treatment. You may also have to pay out-of-pocket costs if you choose any other healthcare treatment outside of the NHI coverage.

Therefore, to fill the coverage gap, you may have to purchase private Taiwan expat healthcare insurance. Additionally, it can take a few months to complete the NHI registration, so during this time, you may also need private insurance to make sure you have coverage if the worst-case scenario happens.

In Taiwan, there are many different private insurance options available. It’s wise to consult with an experienced insurance broker such as Pacific Prime which can help you assess your suitable options. Healthcare in the U.S. spending per capita (public and private) is higher than in any country in the world. That said, private healthcare in Taiwan might still be expensive but may cost less than what you would see in the U.S. for private insurance.

Also, pharmacies are widely available in Taiwan, and several are open 24 hours per day. Medicine is typically less expensive in Taiwan than in the U.S.

If you earn an income in Taiwan, you will be required to pay taxes. This is important to remember if you are in Taiwan on a business residency visa. Taiwan tax rates vary between 5% and 40%. The 40% tax bracket applies to residents who make over $160,422.15 annually. But, if you lived in the U.S. and made between$163,301 to $207,350, your tax bracket would be 32%, saving you eight percentage points.

The sales tax in Taiwan is 5%. Also, for residents who get over $9,558.98 in interest from investments, it will be treated as excess income which will be taxed between 5% and 40%. But, this interest must be sourced from Taiwan specifically. As for the U.S., capital gains taxes range between 0% and 20%, depending on your income.

If you are an expat living abroad, you will also be required to file a tax return in the U.S. It is crucial to work with a tax specialist that understands the tax systems both in Taiwan and the U.S. to help you find tax exemptions and avoid being taxed twice on your income.

Taiwan is generally regarded as a safe country. According to the U.S. Department of State, Taiwan is a low-threat location for crime. Also, Taipei is ranked as one of the safest cities in the world by SafeAround. There is little violent crime in Taiwan against foreigners recorded. As in any large city, expats should take precautions in Taipei. It’s important to note, that pick-pocketing can be a problem in crowded areas.

Additionally, if you plan to spend your Taiwanese retirement hiking and enjoying all the outdoor activities that Taiwan has to offer, it is wise to take precautions and know where the nearest medical facilities are in case of an accident. Taiwan is an excellent place to retire. It has beautiful beaches, mountains, cities and towns. Healthcare is excellent, and public safety is rarely a problem. The most challenging part about making a move to Taiwan is deciding which visa is best for you. Therefore, you may want to work directly with an immigration attorney and a financial advisor to help you understand what your legal and financial options are to make a Taiwanese retirement a reality.