How to Retire in Jamaica 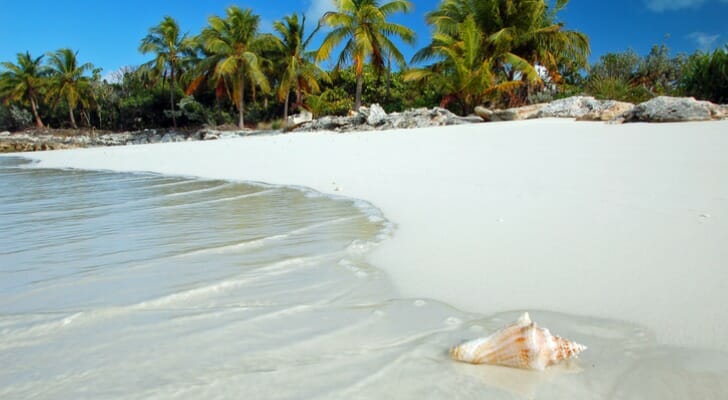 It’s easy to understand why a Jamaican retirement would be attractive to many people. Anyone who’s enjoyed Jamaica’s beaches, lush greenery and beautiful weather could see the appeal of living out their golden years in the country. There’s no denying, though, that Jamaica lacks many of the amenities and resources of a more developed country like Spain or Switzerland. If you have your heart set on a Caribbean retirement, here’s what you need to know. Consider working with a financial advisor as you explore places to retire.

Average Cost to Retire in Jamaica

The affordability of Jamaica is one of the biggest reasons that it’s a popular spot for retirees. In most cases, you should be able to retire comfortably in Jamaica for far less than in the U.S. This is due in large part to the affordable real estate prices. While you can certainly find multi-million dollar homes in some parts of Jamaica (for instance, Montego Bay), property on the whole is much cheaper than in the U.S.

If you’re looking to live on the coast, houses in port towns like Ocho Rios or Port Antonio are typically less than $200 per square foot. If you’d prefer to live in the city, a one-bedroom apartment in the center of Kingston will cost around $500 per month, according to the pricing data website Numbeo. On average, renting in Jamaica will cost you between $300 and $1,100 a month.

The only things that are more expensive in Jamaica are perishable items that need to be imported, like milk. According to Numbeo, a gallon of milk would cost around $10.24 in Jamaica (although you’ll usually buy it by the liter). You can ameliorate this by seeking out locally made goods whenever you can. Factoring in food, transportation, utilities and recreation, you can live reasonably in Jamaica on a monthly budget of between $650 and $850.

Jamaica has a public healthcare system that is free to all residents of the island. Clinics exist in each parish on the island, and they range in size and sophistication. However, public hospitals are routinely overcrowded, leading to notoriously long wait times. This is in large part due to violence-related injuries.

There is at least one hospital in every parish in Jamaica, but the largest and best-equipped facilities are in Kingston and Montego Bay. Even in these largest cities, though, serious medical conditions often require evacuation to facilities in the U.S.

You will most likely want to visit the private facilities in Kingston or Montego Bay for your own care. Although services aren’t free like the public facilities, the quality of care will be significantly higher. Before you leave the states, consider purchasing an international healthcare insurance plan. This will cover you for medical expenses in both Jamaica and the U.S. if you require evacuation. The cost of these plans can vary widely depending on your age, how comprehensive your coverage is and if you exclude any countries. It can be as cheap as $3,000 and as expensive as $40,000 a year.

Visas for Retirees in Jamaica 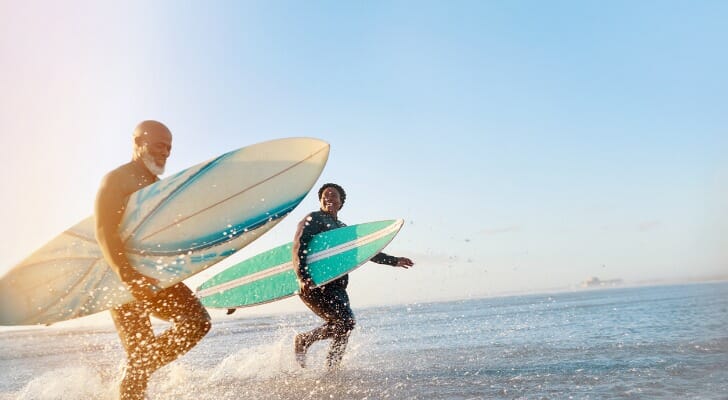 As an American, you can stay in Jamaica for up to six months without a visa. To stay longer, you’ll need to apply for residency status. As part of your application, you’ll need your passport, evidence that you can financially support yourself without working and a completed application form, which you can find at the Jamaican consulate.

If you prefer, you can also apply for your residency status through the Jamaican consulate while you’re still in the U.S. This is probably the safer plan: While plenty of Americans obtain permits for retirement, receiving one isn’t a guarantee. Don’t move your entire life to Jamaica (or any other country) without being confident that you’ll be able to stay permanently!

One of the biggest drawbacks to Jamaica as a retirement destination is the troubling crime rate. Dangerous areas of Kingston and Montego Bay have caused the U.S. embassy to issue a travel advisory: “Violent crimes, such as home invasions, armed robberies, sexual assaults, and homicides, are common.” The advisory also says to exercise increased caution and explains that law enforcement lacks the adequate resources to effectively handle serious criminal incidents. Further, it says that violent crime such as home invasions, armed robbery, homicide and sexual assault is common in some areas in both major cities.

Taxes for Retirees in Jamaica 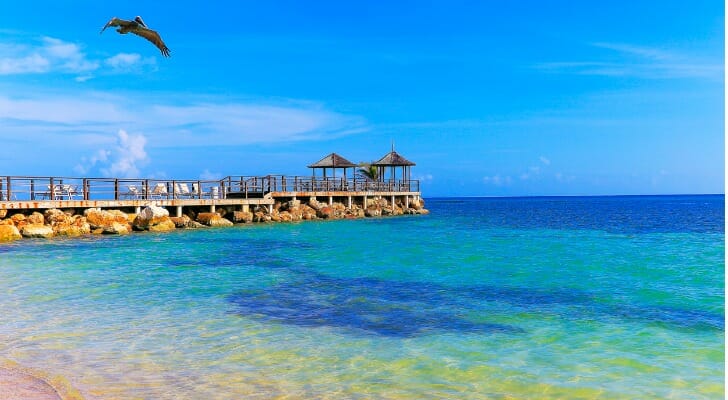 If you live in Jamaica you are considered a resident for tax purposes if any of the following obtain: you spend at least six months in the country a year; you have a home in Jamaica and visit Jamaica any time in a year; or you visit Jamaica at least three months over year for four consecutive years.

As long as you retain your U.S. citizenship, odds are you’ll have to pay taxes in both Jamaica and the U.S. The two countries have an agreement to protect against double taxation. However, you will still have to file both returns each year.

If you’re a resident of Jamaica, your statutory income above $11,712.18 will be taxed at 25%. Generally, statutory income is income that hasn’t already been subject to withholding by a Jamaican employer. Any income above $46,845.72 will be taxed at 30%. For tax purposes, you are a resident if you have spent more than 183 days of a tax year in the country.

There are some exceptions to this, thanks to the tax treaty between the U.S. and Jamaica.

If you’re looking to spend your third act abroad, Jamaica has a lot to offer. Your money will travel farther so long as you shop smart and local. You’ll also need to make some decisions about health care and insurance. While it may not be the most economically developed country, Jamaica’s gorgeous views and balmy breezes could be just right for you.