Inflation Reduction Act: 5 Ways Retirees Can Save on Healthcare 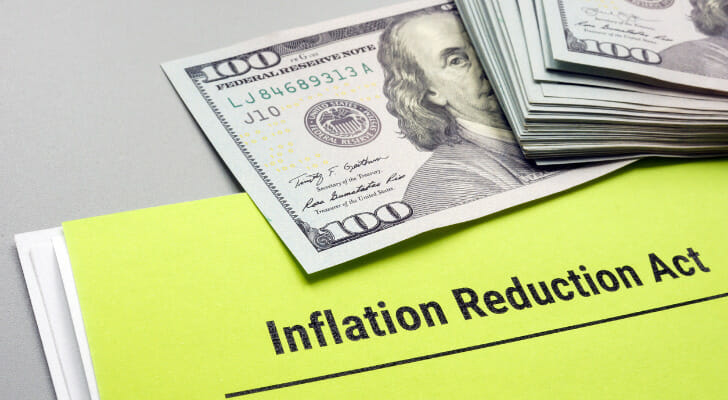 The recently passed Inflation Reduction Act contains five new healthcare benefits for retirees. Because Congressional Democrats in the Senate passed the Inflation Reduction Act through the reconciliation process, its healthcare provisions apply only to Medicare, Medicaid and other government programs. Consider working with a financial advisor as you do retirement planning.

This may be the most detailed, but most significant, healthcare reform in the entire law. The new law requires the head of the Department of Health and Human Services to negotiate drug prices for Medicare. These negotiations will only concern certain high-cost drugs, and this practice will phase in over time starting with Medicare Part D. Still, the Congressional Budget Office estimates that negotiating over drug prices can save Medicare more than $101 billion over a 10 year period. And many healthcare experts expect that this will cause the price of drugs to fall across the marketplace as Medicare set new price points throughout the marketplace.

For decades, many in and around the healthcare system have pushed for laws allowing Medicare to negotiate the prices it pays for prescription drugs. Under current law the program is barred from doing so, meaning that it has to pay the market price that pharmaceutical companies ask for their products.

Advocates of bargaining argue that, at best, this forces Medicare to ignore its singular market advantage. As the largest healthcare payer in the country, the program could use its leverage to get lower prices and pass those prices along to retirees. In the process it would likely set a new price point for the entire healthcare market, giving hospitals and private insurers a new baseline for their own negotiations. Critics of bargaining, on the other hand, have argued that this would amount to a hijacking of the pharmaceutical industry. A private company can’t bargain on equal terms with the federal government, and being forced to accept lowball prices would starve drug companies of the resources to take risks and develop new products.

The cost of prescription medication in the United States has climbed significantly in recent decades. For many drugs, prices have risen faster than inflation; in some cases around 700% of the prevailing rate on other goods and services. For specific drugs, such as infamously when private financier Martin Shkreli acquired the EpiPen, prices have been essentially arbitrary and unrelated to underlying costs or inflation.

On several broad categories of drugs, the Inflation Reduction Act requires drug companies to pay a rebate to consumers if their prices increase faster than the benchmark inflation rate. Any manufacturer that does not issue these rebates will be required to pay the rebate and an additional penalty worth 125% of the rebate’s value. 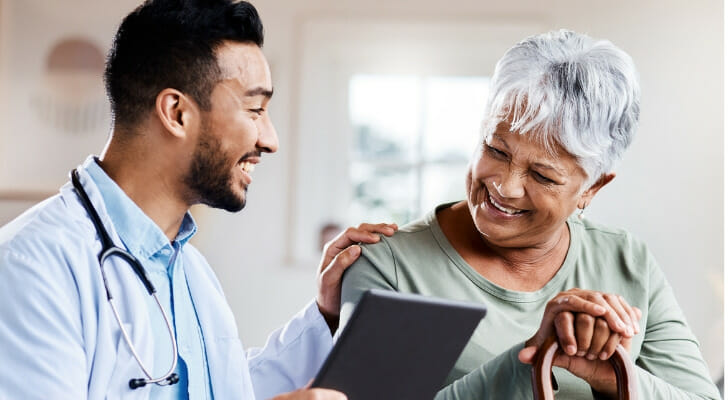 Most patients with diabetes depend on a regular supply of insulin. Currently, the average patient has a copay of between $54 and $60 for this drug and, as with most pharmaceuticals, spending in this area has increased significantly in recent years. Since 2007, drug companies have increased the price of insulin by around 40%, with U.S. customers often paying prices 10 times the global standard, and overall spending has quadrupled.

Medicare Part D introduced prescription drug benefits to the Medicare program, and in doing so, it established some caps on payment. Individual copays and out-of-pocket costs are limited under the program, meaning that no one can have a specific bill for too much money. However, the program has not historically limited overall spending. Instead, when patients reach $7,000 in out of pocket costs each year they reach “catastrophic coverage” and their copays drop to 5%.

The Inflation Reduction Act eliminates the catastrophic coverage section of Medicare Part D. Instead, it will set an across-the-board cap of $2,000 in spending per year. After that Medicare will cover all of a patient’s pharmaceutical costs under Part D. These out of pocket caps take effect in 2024.

This will accompany the Inflation Reduction Act’s premium stabilization requirement, which limits the amount that Medicare Part D plans can increase their premiums each year. While not a hard limit on premium increases, this section is also designed to limit out-of-pocket spending by ensuring that premiums don’t increase disproportionate to the market overall.

Finally, beginning in 2023 the Inflation Reduction Act will eliminate cost sharing in Medicare Part D for certain vaccines. Specifically, the law will require that Medicare provide free coverage for any vaccine recommended by the CDC’s Advisory Committee on Immunization Practices. This will make a broad category of vaccines available to retirees, ranging from the shingles vaccine to the annual flu shot.

The law extends this protection to a limited degree to Medicaid and CHIP as well. Both of those programs will now eliminate cost sharing for certain vaccines on an ongoing basis.

Under the Inflation Reduction Act, Medicare enrollees will see their healthcare benefits expand in significant ways. From lower-cost drugs to free vaccines and capped out-of-pocket spending, retirees will probably feel these savings.