You've definitely heard about these. Here's how they could directly affect you. 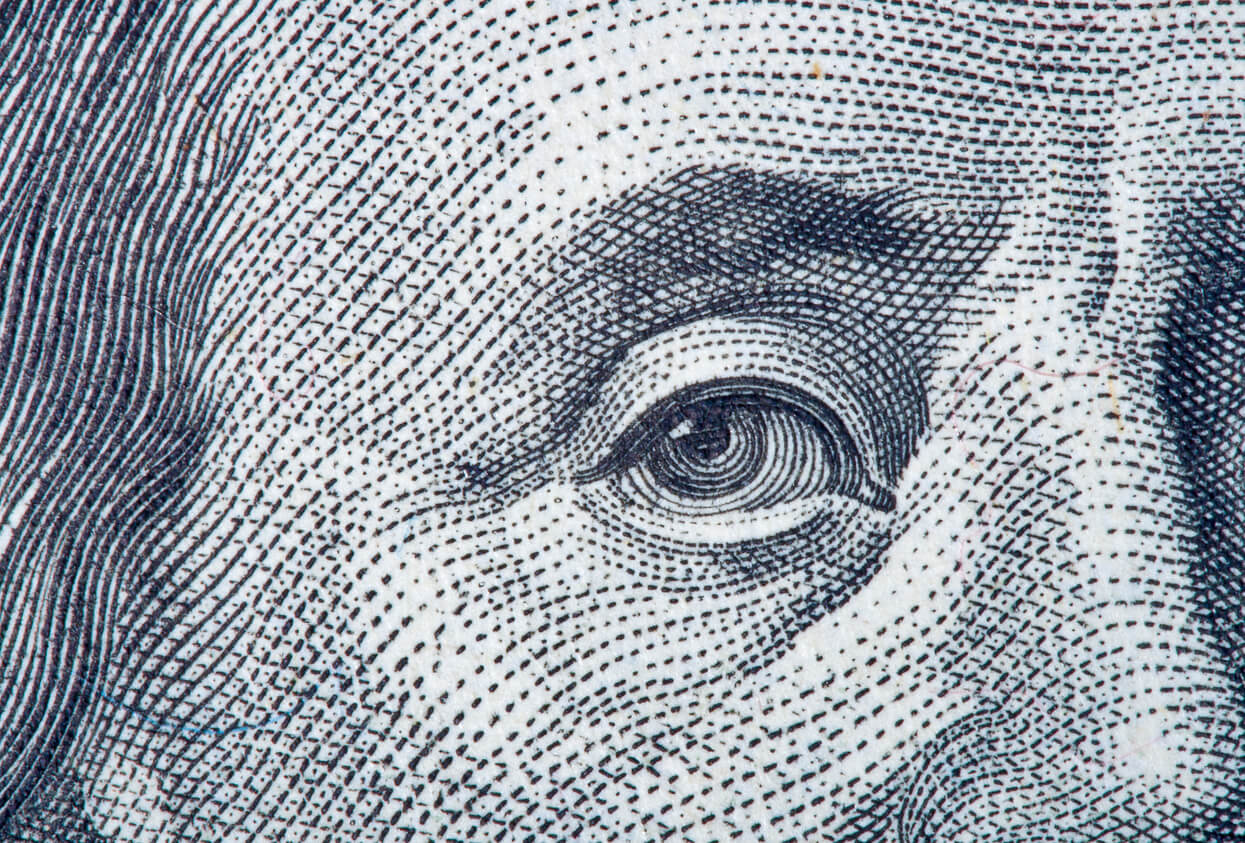 It’s bad enough that recent reports indicate most Americans have nothing saved for retirement, but these six government policies may be threatening your retirement in unexpected ways.

Whether it’s through programs initially set up to help you in retirement or through taxes alone, several current government regulations could have a negative impact on retirement savings for baby boomers.

These are the policies affecting your retirement and what we recommend to avoid overpaying the government.

You carry the card in your wallet, pay toward it on every paycheck and have been planning on collecting benefits your entire life, but Social Security is in danger of running out before many Americans will ever be able to collect it.

The 2018 Social Security Administration’s Trustee Report estimates the fund will be depleted by 2034. Additionally, the trustees announced that funding would come partially from reserves for the first time since 1982.

To combat the shortfall, the government could end up cutting benefits, increasing the eligibility age or even raising taxes (or all of the above).

If you’re lucky enough to be able to collect Social Security, despite the ominous future forecast, here’s our recommendation.

First, calculate your estimated Social Security benefits and pay particular attention to how your payment changes depending on how old you are when you elect to start receiving your benefit. Try our free Social Security calculator. This can help you figure out at what age you can maximize your earnings.

Next, if you have not done so already, we recommend speaking with a financial advisor to define a strategy for maximizing your Social Security payments in retirement and determining how best to limit your reliance on the benefit. If you’ve never spoken with an advisor, or want to shop around for a new one, we designed a tool to match you with an expert in your area.

Here's how it works:

Does your company offer a pension plan? It’s highly unlikely. But it most likely offers a 401(k) option, right?

What most companies offer as a primary retirement savings plan was never supposed to be a permanent replacement for pensions. What began as a way to allow some corporate executives to have part of their salary invested in the stock market to avoid taxes in the 1970s ended up being written into the internal revenue code as section “401(k).”

Since the government made the savings plan law in 1978, it’s what most companies offer employees as a pre-tax form of retirement savings instead of pension plans.

AARP reports that pensions have basically disappeared from the private sector, and only 10% of boomer-age workers can expect income from defined-benefit programs. More than 50% retired with pension income less than 20 years ago.

While 401(k) plans are an effective way to save for retirement and take advantage of compound interest, you’ll still have to pay taxes when you begin to withdraw your money.

Regardless of taxes, you should still aim to maximize your 401(k) contributions, up to $18,500 per year.

In addition, we also recommend opening a high-yield savings account. This kind of account allows you to save money and still earn considerable interest, depending on your balance and contributions.

Think about it this way: If you have $20,000 sitting in an account earning 0.06% interest (the current national average), you’d earn about $12 annually. An account with 1.85% interest would earn you $370.50. That’s without any additional deposits and for just one year.

Check out the CIT Bank Money Market Account. It offers 1.85% interest and doesn’t charge any service fees. You can open an account with a $100 minimum deposit.

Medicare is in even worse shape than Social Security with trustees projecting that Medicare’s fund for paying costly hospital bills will be depleted by 2026.

The most recent Medicare Trustees Report states that the program isn’t adequately financed over the next 10 years. For 2018 alone, the program’s available assets are only projected to cover 65% of expenses.

Many people approach retirement with the belief that they will have far lower expenses in their golden years. While the average retiree has 25% lower expenses than non-retirees, some spending categories do actually increase. In particular, healthcare expenses jump up by more than 40%. So as you plan for retirement, you cannot overlook your medical bills.

Estimate your healthcare expenses. This calculator from AARP is a good starting point.

There’s no getting around it: You’re still going to pay taxes in retirement. Whether it’s on Social Security benefits, retirement account withdrawals or investments, there is no escape.

However, there are plenty of ways to minimize your tax bill, as long as you’re smart about it.

For example, say you have a mutual fund or other investments you want to withdraw from. You’re going to have to pay capital gains tax on your profit -- but you can reduce it. Your capital gains rate depends on your taxable income, so the lower that number, the less tax you’ll pay. Funneling money into a 401(k) reduces the portion of your income that’s subject to taxes. You can also score tax deductions for IRA and charitable contributions, business expenses, mortgage interest and medical expenses.

To reduce the amount of tax you pay, consider delaying how early you elect to start receiving your benefits or continuing to work until you reach “full retirement age” (66 if born between 1943 and 1954, or 67 for those born between 1955 and 1960 and after) to reduce your benefit amounts.

State and local pension plans are in trouble, and reports show many don’t have the funding to pay employees who are depending on them.

Pew Charitable Trusts analyzed data from fiscal year 2016 and reported in April that government pension plans are coming up short on their investment targets.

“In 2016, the state pension funds in this study cumulatively reported a $1.4 trillion deficit—representing a $295 billion jump from 2015 and the 15th annual increase in pension debt since 2000,” the report states. “Overall, state plans disclosed assets of just $2.6 trillion to cover total pension liabilities of $4 trillion.”

Stanford University research released in 2017 analyzed nearly 650 government pension plans and found that no city or state was running a balanced budget for its pensions.

If you’re currently enrolled in a state or local government-backed pension plan and worry that it might not be paid out, we recommend speaking with a financial advisor about other retirement-saving options. Our SmartAdvisor matching tool can find you a local advisor in just a few minutes.

The Congressional Budget Office reported in April that the U.S. is on its way to a $1 trillion budget deficit by 2020. That’s a lot of debt, and cutting spending is only one way to reduce it.

The other way is increasing income -- or raising taxes.

Keep this in mind when planning for retirement, especially when deciding the type of account you want to save in. For example, if you contribute to a traditional IRA or 401(k), you’ll pay taxes on your withdrawals at whatever the tax rate is when you decide to take money out.

On the contrary, if you choose to save in a Roth IRA or Roth 401(k), you pay tax on contributions up front at that day’s rate. So if the government decides to hike taxes in the future, you won’t have to worry when it comes time to take out money in retirement.

Consider your retirement account options to figure out which is best for your financial situation. A financial advisor can help guide you to the right accounts and advise you on how best to avoid paying unnecessary taxes.

Check out these other helpful articles: 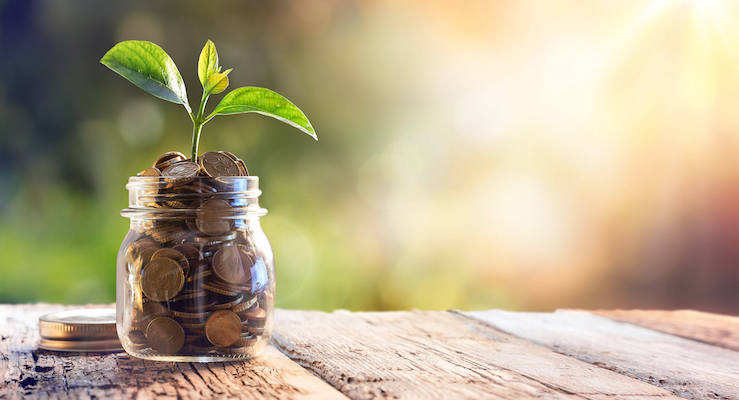 Find a Financial Advisor in Your Neighborhood How to Make $1 Million Last 30 Years in Retirement