College vs. Retirement: Can Single Parents Save for Both? 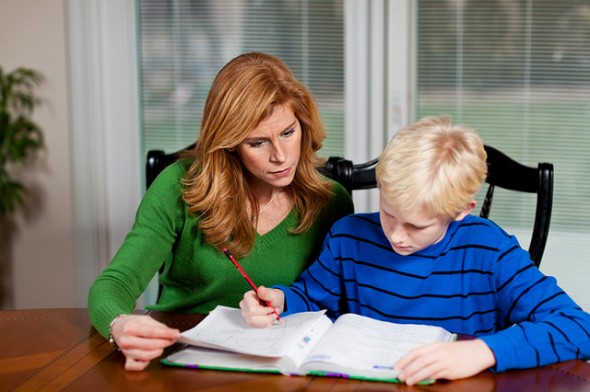 Raising children is one of life’s biggest challenges and it’s even more so when you’re going it alone. Many single parents become so focused on providing for their kids that they tend to overlook their own financial priorities. In fact, a new study shows that an overwhelming number of solo moms and dads put saving for college ahead of saving for their retirement. Trying to find the right balance between building a nest egg and planning for your child’s education often proves difficult in households with two parents, which begs the question: is it even possible for a single parent do both?

Retirement Takes a Backseat to Education

According to the LoveFamilyMoney study from Allianz, finding an answer isn’t so simple. Of the more than 4,500 Americans who were surveyed, 45% of single parent respondents said that “saving for my kids’ education” was their primary motivation for developing a long-term financial plan. Among traditional families, which the study defines as married, heterosexual couples with at least one child under 18, only 39% agreed. Just 26% of modern families, which includes blended, multigeneration and same-sex households, shared that same view.

The study, which included only respondents with an average annual income of at least $50,000, also attempted to measure how much pressure families experience when trying to juggle college and retirement savings. Of the single parents who responded, 76% said that trying to save for retirement and their child’s college expenses at the same time was a source of stress. That same number said they were concerned about running out of money in retirement while 49% of single respondents said they couldn’t possibly save enough.

Figuring out how to help kids pay for college while still building a nest egg is especially difficult for single parents who bear all the decision-making responsibility, according to Alliance Life Vice President of Consumer Insights Katie Libbe.

“Single parents are forced to solve the retirement equation by themselves, which places tremendous pressure on their ability to find the right balance between saving for their children’s college expenses and saving for their own future,” said Libbe. “Because they are on their own, single parents often lack the flexibility to address multiple goals, and therefore tend to have a more narrow focus on their savings priorities.”

Single Parents and the Income Gap

Part of the problem is that single-parent households tend to earn substantially less than families where two parents are present. The survey found that single-parent respondents had an average household income of $85,000 and just 36% received some type of child support. Among the traditional families surveyed, the average household income was $113,000 while modern families reported an average income of $101,000.

While $85,000 may seem like enough for single parents to fund their retirement and education savings goals, it’s not an accurate picture of how much the majority of one-parent households earn. According to data from Pew Research, the national median income for single mothers is just $23,000. Single fathers earn more, with a median income of $40,000. Around 43% of single moms live at or below the poverty line, compared to 24% of single dads.

Despite earning less, many single parents feel a sense of obligation to help their child complete their education without incurring significant debt. Forty-five percent of the single respondents surveyed said that they felt it was a parent’s responsibility to help their kids get started in life financially.

What Can Single Parents Do?

If you’re a solo parent, the best way to plan for your child’s future and your own is to know what your options are. Start by looking at your retirement savings options through your employer. If you’ve got access to a 401(k) or a similar plan, chipping in at least the minimum is a good start, especially if you’re getting a company match. If you’re self-employed or your company doesn’t offer a retirement plan, you can look into setting up an IRA. Once you’ve started building your nest egg, you can turn your focus to college savings.

“While single parents have several options to help pay college expenses – including grants, scholarships, and student loans – they’re solely responsible for their own retirement savings,” said Libbe. “Depleting their nest egg to fund education costs can be dangerous.”

A financial advisor can help you figure out how to balance both priorities. An advisor can help you evaluate your retirement savings option and also come up with a financial plan to ensure you stay on track to meet your financial goals. SmartAsset’s financial advisor matching tool makes it easier to find an advisor who meets your needs. Simply answer a series of questions about your financial situation and goals. Then the program will pair you with up to three advisors in your area based on your answers. You can then read the advisors’ profiles and interview them to choose who to work with in the future. This allows you to find a good fit while the program does much of the hard work for you.