Cities Where Residents Are Well Suited for Personal Financial Advice 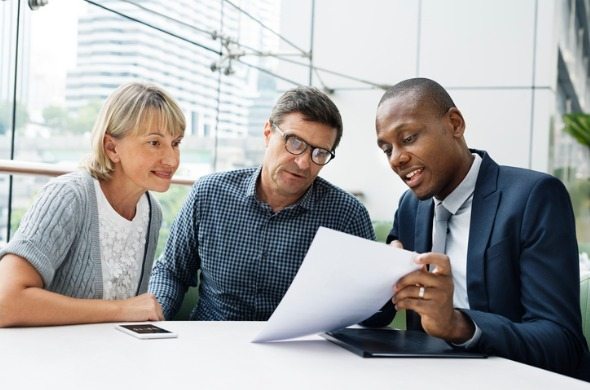 Financial advisors can be a great resource for helping people hit their financial goals, whether they are saving up to buy a home or preparing for retirement. In some cities across the U.S., there are young populations who have high earnings after housing costs who can benefit from professional financial advice. Below we look at these and other factors to rank the cities that are best placed for financial advice.

In order to rank the cities best placed to make the most out of personal financial advice, we looked at data on four factors. We looked at residents’ median age, mean income after housing, percent of households earning more than $75,000 and percent of households that earn over $75,000 and are also housing cost-burdened. Check out our data and methodology to see where we got our data and how we put it together to create our rankings. 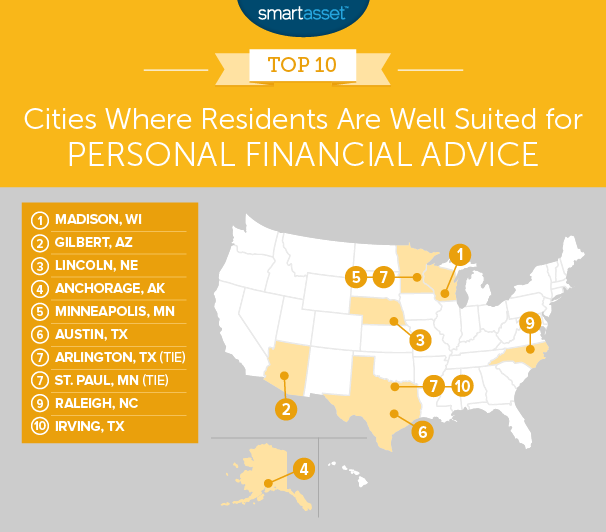 Madison is ranked as No. 1 in this study. It’s a relatively young city with a fairly high income. The median age in this city is 31, making it the eighth-youngest city in terms of population in our analysis.

At the same time these young residents have done well for themselves, income wise. Over a third of households in this city take home more than $75,000 per year. This leaves Madison residents in a good position to invest in their future, which can be maximized by the help of professional financial advice.

Gilbert, a city within the Phoenix metro area, takes the second spot. It is one of the smallest cities in terms of population in our analysis with only 237,000 residents. Our data suggests Gilbert residents are well-placed to receive financial advice because over half of all households earn more than $75,000 per year. In fact, no other city has a higher proportion of households making over $75,000.

One reason why Gilbert falls behind Madison in our ranking is because, in general, Gilbert households tend to spend slightly more on housing. Around 3.1% of households in Gilbert who earn over $75,000 per year are housing cost-burdened.

Nebraska’s capital occupies the third spot. This is a fairly young city with a median age of 32.6. Just under 32% of households earn more than $75,000, a slightly higher-than-average figure.

Those households also do a good job managing their budgets, especially when it comes to housing costs. Less than 1% of the households in Lincoln that earn over $75,000 spend over 30% of their income on housing.

The mean household income in this city is $105,000 and the median house costs $1,506 per month. That leaves the average Anchorage household with $88,321 after housing costs. For that metric, this city ranks in the top 15.

In Anchorage just over 48% of households have an income over $75,000 per year, a top 10 rate. With these metrics combined, many Anchorage households are in a good place to make long-term investments, whether that be into a 401(k) or the stock market and personal financial advisors can assist with those decisions.

Minnesota’s biggest city comes in fifth. This city ranked in the top half in every metric we tracked. The average household has $67,400 after paying for housing. Of the households in Minneapolis that take home over $75,000 per year, only 1.3% spend over 30% of their income on housing.

That is good news for their investing prospects and for financial advisors in Minneapolis who manage their money.

Austin households are some of the highest earning in our study. According to our data, the average Austin household has $79,200 after paying for housing. Roughly 36% of households here earn over $75,000. In both of those metrics Austin ranks in the top 20.

Arlington is the second of three Texas cities in this top 10. This city, within the Dallas metro area, contains a relatively young population. The median age of residents in Arlington is 32. Their income after housing is not as high as it is in some of the other cities in our top 10. However, younger people have more time to save, invest and grow their money which may make up for the lower salaries.

According to our data, Arlington households have a mean income of $60,400 after accounting for housing costs.

The eastern portion of the Twin Cities comes in tied for seventh. Residents in this city do a good job keeping their housing costs low. Only 0.8% of residents here who earn over $75,000 spend over 30% of their income on housing. Less money going to housing means households here are in a good place to benefit from personal financial advice.

Raleigh is another high-earning city on this list. The mean household income in this city is just over $79,000 and around 35% of households take home over $75,000 per year.

One area where this city could improve its long-term financial prospects is by paying less in housing. According to our data, 1.5% of households earning over $75,000 per year spend over 30% of their income on housing. That metric means less of their income can go to retirement or investments.

Our list ends in Irving, another city within the Dallas metro area. This city has a median age of 32, 12th-youngest in our study. That leaves the average resident with about 35 years of time to plan and save for retirement. A third of households take home at least $75,000 per year, a number which should mean most households can make great use of personal financial advice. 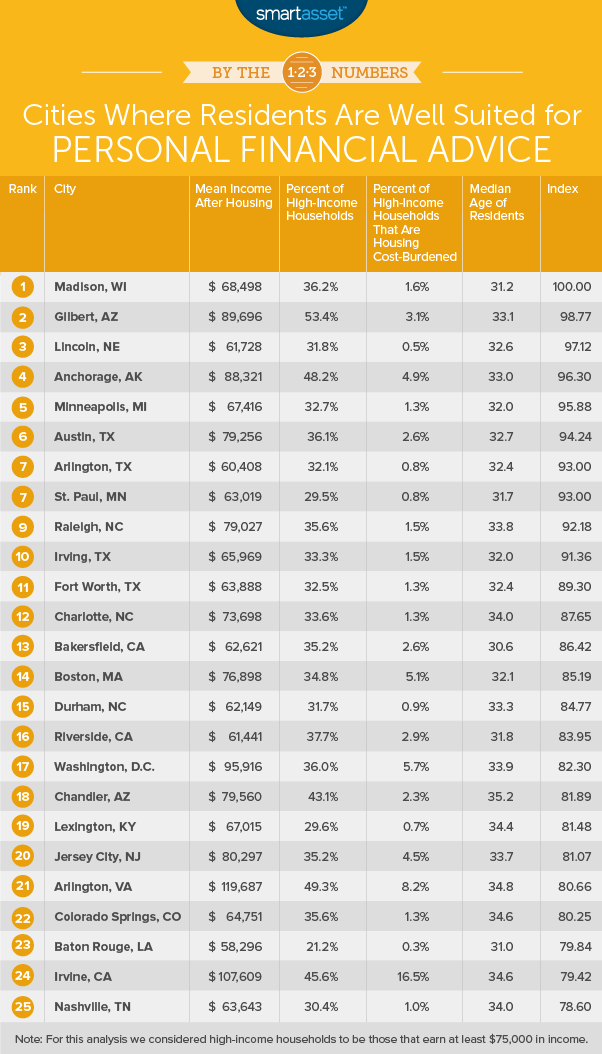 In order to create this ranking, we looked at data for the largest 100 cities in the country. We compared them across the following four metrics:

Data for all metrics comes from the Census Bureau’s 2016 1-Year American Commuity Survey.

Tips for Choosing a Financial Advisor