The Best Places to Retire in Maryland 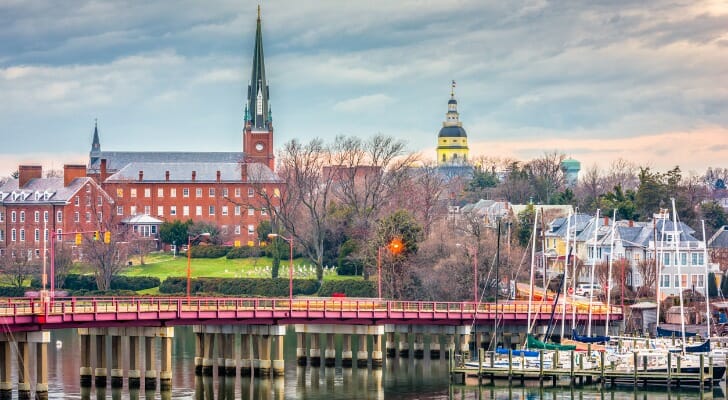 Thinking of retiring in Maryland? You’ll find plenty of company in the following cities and towns, which generally have large populations of senior citizens living there. You’ll also have the peace of mind of being near ample medical facilities. Where Maryland falls short, however, is its relatively high tax burden rates. This means you might need to save a little more for retirement and perhaps work with a financial advisor to make sure your nest egg will last through retirement.

We determined the best places to retire by looking at a few different factors. So as to better plan your finances in retirement, we looked at each city’s tax burden. We also checked out each city’s access to medical centers, recreation centers and retirement communities, counting up the number of each per 1,000 residents. Then, to measure whether you’d have peers to spend your retirement with, we also found the percentage of seniors in each city.

The top spot to retire in Maryland is the town of Bel Air. With 11.33 medical centers per 1,000 residents, it comes second in this department only to Chevy Chase. Bel Air also comes second to Chevy Chase in the percentage of seniors as a part of the general population.

It does, however, outperform Chevy Chase in the number of recreation centers, with 2.39 per 1,000 residents. Among its attraction are one of Maryland’s 24 Arts and Entertainment districts in the city’s downtown, plus an expansive Saturday Farmers Market. Bel Air also offers the highest concentration of retirement communities in this list with 0.77 per 1,000 residents.

At 19%, the tax burden you’ll face in Chevy Chase is tied for the highest you’ll see on this list. With Washington D.C. and all its amenities right at its border, Chevy Chase offers the highest concentration of medical centers with 11.47 per 1,000 residents. This is handy, since the city also maintains a remarkably high percentage of senior citizens at 40.4%.

A retirement in Chestertown can offer some nice riverfront views as the town sits right along the Chester River. You’ll have access to a little over two recreation centers per 1,000 residents. The numbers are lower when it comes to retirement communities, however, with only 0.58 per 1,000 residents even with a senior population of 28.1%. 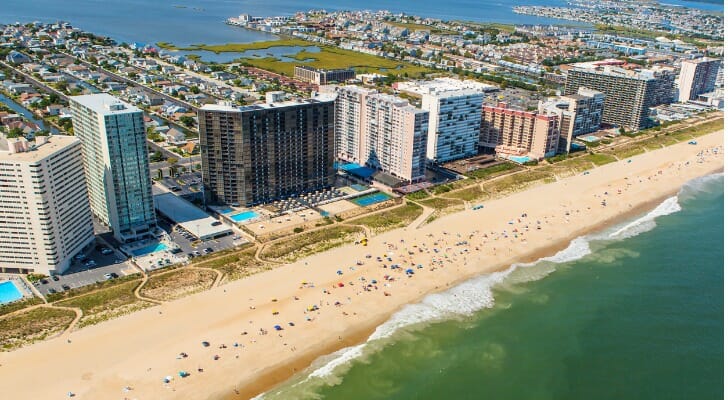 As its name might suggest, Ocean City is billed as a resort town, offering perhaps the perfect retirement community. With the Atlantic Ocean to the East and the Isle of Wight Bay to the West, Ocean City offers a nice stretch of beach and boardwalk. It’s no wonder the city posts a relatively high percentage of seniors as part of the population at 31.9%.

The city isn’t lacking in fun events, with the Carroll County Fair, Common Ground on the Hill, Maryland Wine Festival and Art in the Park – all happening annually.

Easton is home to the Academy Art Museum, Historical Society of Talbot County and the Far Eastern Shore Winery. The Red Avon River makes its way through parts of the city’s western side.

While Easton has the lowest number of retirement communities on this list, you won’t be without neighbors your age, as just over a quarter of the population here are retirees. You will still have good access to medical care, with 4.58 medical centers per 1,000 residents.

Rockville is a short drive from both Virginia and Washington D.C. a short drive away, but people who retire here may not want to leave. Its main Rockville Town Square is picturesque, with a lawn and seasonal ice-skating rink. Plus, for the more active retirees, there’s also the Rock Creek Trail, Rock Creek Regional Park and Lake Needwood. Rockville tallies around one recreation center per 1,000 residents, and should you need medical attention, you’ll have access to 5.95 medical centers per 1,000 residents.

On the downside, Rockville is tied with Chevy Chase for the highest tax burden on this list, with a 19% burden. There are also a lower number of retirees here, with only 15.4% of the town’s population over the age of 65.

The capital of Maryland, Annapolis can offer a nice view of Chesapeake Bay throughout your retirement. You’ll also be able to visit the city’s historic district with its 18th-century brick houses and Maryland State House. The city also has a decent number of recreation centers, with almost two centers per 1,000 residents.

Annapolis does have a lower percentage of seniors (15.5%) and a fairly low concentration of retirement communities in Annapolis. You can find 5.3 medical facilities per 1,000 residents in Annapolis.

A quarter of residents in this Baltimore suburbs are over the age of 65. It has a relatively low number of recreation centers, though retirees can enjoy its two large golf courses (the Woodholme Golf Course and The Suburban Club) and shop a dine at the Shops at Quarry Lake. The city does lag others on this list when it comes to access to medical centers, and its tax burden is a bit on the high side at 18.8%. 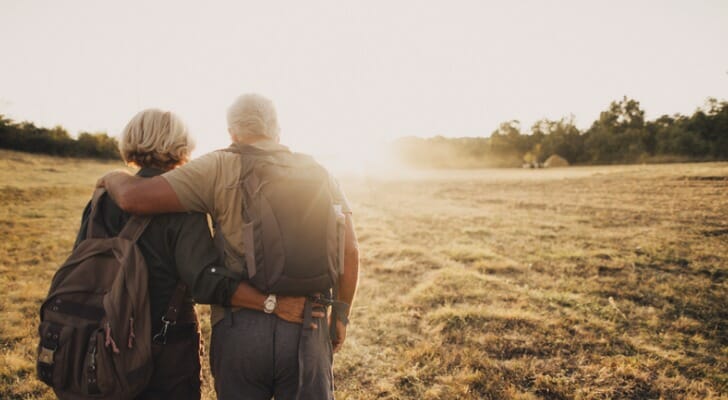 Closing out the top 10, Silver Spring is tied with Chevy Chase and Rockville for highest tax burden on our list, at 19%. It also has the lowest percentage of seniors, at a mere 9.2%. Despite that, it has a relatively high concentration of retirement communities. Silver Spring offers around five medical centers per 1,000 residents.

Residents who choose to retire in Silver Spring can find plenty to do. The town is home to a number of festivals and events throughout the year, including the Silverdocs documentary film festival in June and the Silver Spring Jazz Festival in September. In between, you can go to events at the Fillmore, the Cultural Arts Center, the American Film Institute Silver Theatre and Culture Center and more.