Best Places to Retire in Alaska 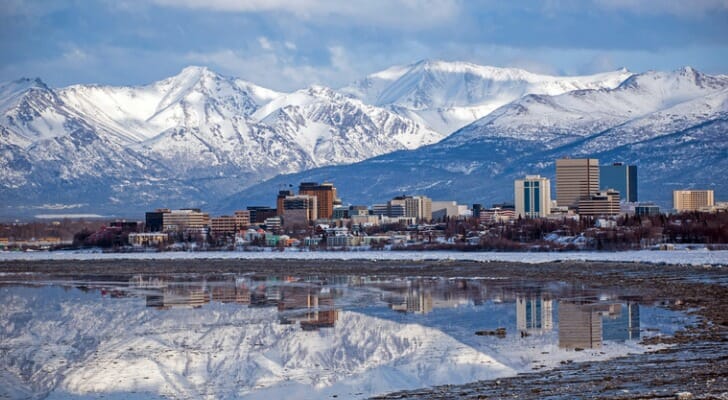 Perhaps the generic portrait of a retiree lounging on a beach isn’t quite your thing. Instead, you might be considering going in the opposite direction and living in Alaska for retirement. In addition to the state’s abundant natural beauty, you’ll also enjoy a relatively low tax burden. We crunched the numbers to figure out the best cities and towns in the state for retirees. A financial adivsor can help you prepare so that a retirement in The Last Frontier is financially feasible for you.

How We Determined the Best Places to Retire in Alaska

To determine the best places to retire in Alaska, we started by looking at each city’s tax burden. Luckily, Alaska is very tax friendly towards retirees and has no estate tax so you shouldn’t worry too much about taxes wrecking your savings. Then to ensure you won’t be the only retiree in your new city, we also checked the percentage of seniors in each place.

We also found the number of medical centers, recreation centers and retirement communities in each city per 1,000 residents. While such amenities aren’t always plentiful in some of Alaska’s smaller towns, they are worth considering as you choose which town to retire in.

At the top of the list is Alaska’s largest city. The city of Anchorage promises stunning views, with Cook Inlet to the west, Krik Arm to the North, Turnagain Arm to the South and Chugach State Park dominating the landscape. The Census counts 0.45 recreation centers and 0.37 retirement communities per 1,000 residents in Anchorage. The city does have a relatively low percentage of seniors, at only 8.9% on the population.

There are 1.67 medical centers per 1,000 residents in Anchorage. The tax burden here is the same for our top four cities, at 9.2%.

Once you’re in Anchorage, consider working with one of the top financial advisors in the city to protect your savings.

Just outside Anchorage is Wasilla, Alaska’s sixth-largest city and previously the starting point for Alaska’s famed Iditarod sled dog race. Wasilla has the same 9.2% tax burden of Anchorage, and 11.7% of its population are seniors. Outdoor attractions include Lucile Lake right in the middle of the city, Jacobsen Lake to the West and Wasilla Lake to the East.

Another city in the Anchorage metropolitan area, Palmer lies on the Matanuska River, offering some great views of Lazy Mountain. Plus, it’s home to the Alaska State Fair and the Palmer Museum of History and Art.

Palmer has a fairly low percentage of seniors in its population, at only 9.1%. The tax burden here is also 9.2%. 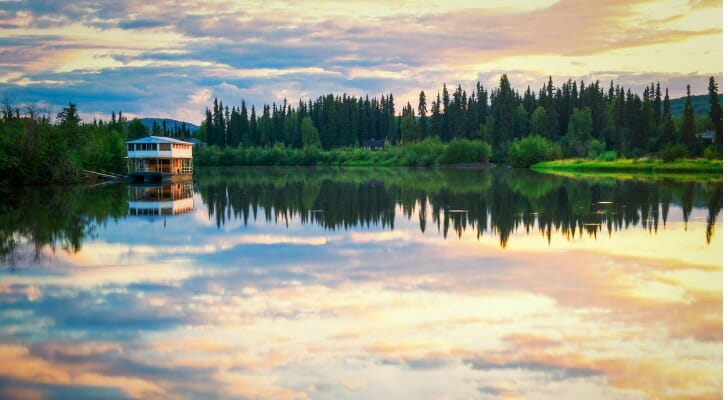 Moving more than 300 miles north to Interior Alaska, we find Fairbanks, the state’s second-most populous metropolitan area. Fairbanks residents get to take advantage of the winding Chena River, which runs through the middle of the city and provides ample opportunities for fishing and boating. The city does have the second-smallest senior population in this list and a tax burden of 9.2%.

With a Southern Alaska location, Sterling is pockmarked by lakes. The city’s Southern border is made up of the Kenai River. You’ll find the most seniors here in Sterling, with seniors making up 18% of the general population.

At nearly 3,000 square miles in land area, Sitka is the largest city in the U.S., though most of its 9,000 or so residents are clustered in one smaller area on the western coast of Baranof Island. In addition to the stunning views, the city is also host to an annual Alaska Day Festival and various buildings and sites in the National Register of Historic Places. Sitka has a 13.2% senior population and a tax rate of 13.7%.

At the Southwestern corner of Alaska, Bethel is a small rectangular piece of land within the Yukon Delta National Wildlife Refuge. The city has a number of lakes as well as the Kuskokwim River running through it. You also have 0.31 recreation centers available per 1,000 residents and comparatively high access to health care, with 1.73 medical centers per 1,000 residents.

There’s the lowest percentage of seniors here in Bethel at 5.8%, so you may not find a lot of fellow retirees here.

Alaska’s capital, Juneau, is sandwiched between the Favorite Channel to the West and British Columbia to the East. Senior citizens make up 10.4% of the general population. The tax burden here is 13.7%. Anyone thinking of retiring here should be aware that there are no roads connecting Juneau to the rest of Alaska or North America. If you want to leave, you’ll need to take a plane or boat!

The city of Kenai is located right at the Kenai River outlet to the Cook Inlet, offering great relaxing views. You can also visit the Kenai Visitor and Cultural Center with its local history and wildlife exhibits, in addition to many other historical buildings and locations in the city. About 12.1% of the population are seniors, giving you a decent chance at making friends in retirement. The tax burden here is 14.6%. 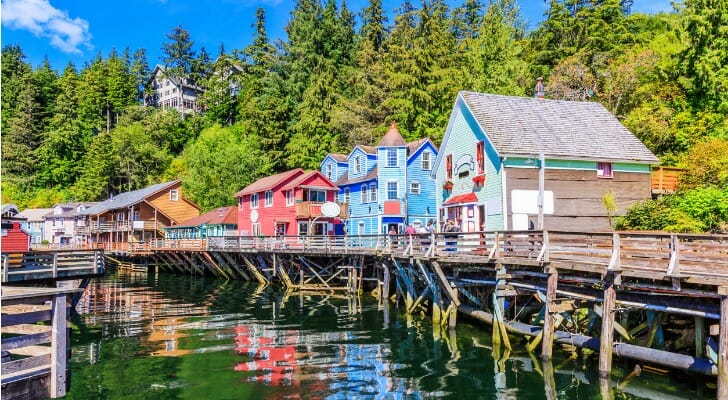 Closing out our top 10 is Ketchikan, located on Revillagigedo Island toward the southeastern tip of the state. Ketchikan has the highest tax burden on this list at 15.1%, though that’s still lower than you’ll find in many cities in the continental U.S.

Seniors make up 13.4% of the general population here.