Alexa von Tobel: Everything You Need to Know 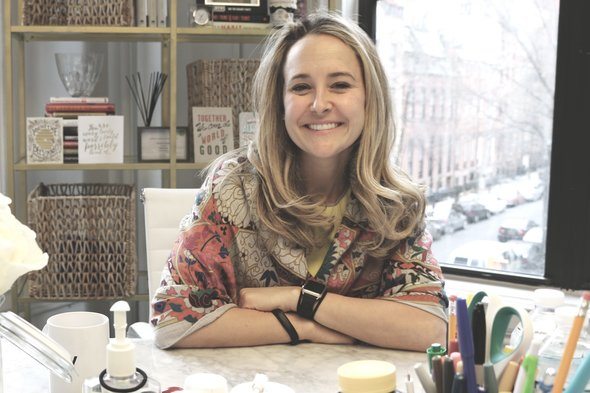 Personal finance is not something that’s typically taught in school. Alexa von Tobel understands this and has dedicated her life to teaching people the financial lessons they need. Once the CEO of financial planning firm LearnVest, von Tobel has helped people gain control of their spending. Also, with her book she has brought awareness and financial knowledge to college-aged readers.

Have questions about how to manage your money? Speak with a financial advisor today.

The biggest advice from Alexa von Tobel comes in the form of three numbers: the 50/20/30 rule. This rule is a basic guideline for your finances and for budgeting. It isn’t something that von Tobel created. It’s been used for years by financial planners, as von Tobel is a certified financial planner. Each number in the rule represents the percentage of your money that you should put toward different aspects of you life.

Once you have the essentials out of the way, 20% of your money should go toward your future. That includes emergency savings, paying down your debt and saving for retirement. While these aren’t essentials, they should still be high priorities for you. Young people in particular may often skip putting money toward this category. It’s hard to make retirement savings a priority when you just graduated college and are still trying to wrap your head around your student loan debt. But even if you’re young, putting 20% toward these things is vital to your long-term, financial success.

The last number, and the lowest priority of these three numbers, is the 30% of your money that you should spend on your lifestyle. This is where you’ll find all the fun stuff like eating out and going on vacations. It also includes things like cable television and magazine subscriptions. If you’re constantly spending more money than you have, von Tobel says this is good place to look for things to cut back on.

It’s worth reiterating that the 50/20/30 rule is a guide. If you spend 60% of your money on essentials and then 20% on your lifestyle, that’s okay. Ultimately, you should have two goals. The first goal is to have a plan. Make a decision about how you want to manage your money. As Alexa von Tobel says, not having a plan is still a plan. It’s a bad plan but it’s still a decision that you make about how you’re going to handle your money.

Your goal after a plan should be to live below your means. You’ll never reach financial security if you always spend more money than you have. Debt is never the best option and you should avoid getting into debt as much as you possibly can.

One final piece of advice from Alexa von Tobel is to always negotiate your salary. This is something you’ll also hear from other financial experts, but it often gets lost behind bigger pieces of advice. If you base your spending on a salary, then you want to get as much out of that salary as you can. Financial expert Ramit Sethi makes a similar point when he says to negotiate everything from your rent to the price of a carrot at the farmer’s market.

Alexa von Tobel was born in 1982. She earned her bachelor’s degree in psychology at Harvard College. After graduation she worked as a trader on Morgan Stanley’s Proprietary Trading Desk. That didn’t last very long though. She had always been interested in business startups, and she left her job to serve as head of business development at an online file-sharing venture called Drop.io.

Facebook bought that company and von Tobel decided to go back to school. She started at Harvard Business School, but dropped out in 2009. The financial crisis had just hit and she decided that it was time for her to do more to help people with their finances. That’s when she founded LearnVest. LearnVest worked to make financial planning accessible to everyone by helping people track their expenses for free, all while providing access to certified financial planners (CFPs).

LearnVest was doing well, and it got purchased by Northwestern Mutual in 2015 for about $250 million. However, Northwestern Mutual decided to discontinue LearnVest’s services in May of 2018, instead deciding to integrate its offerings into the company’s overall services.

In the years since she founded LearnVest, von Tobel has been featured in a number of magazines and print publications as a rising female entrepreneur. She has appeared on television shows and she has spoken at a number of live events, including a 2012 talk for TEDxWallStreet.

Alexa von Tobel’s goal is to help people learn about their finances. Not many people receive a proper education when it comes to money. They learn about finances from their parents or friends, who in turn learned from their parents or friends. This leads to a lot of uninformed decisions and easily avoidable mistakes. The end result is that the majority of people feel stressed when it comes to money. This is especially true of people in their 20s. Many college graduates are starting their careers deep in debt. Then they make things worse for themselves because they never learned good financial habits such as budgeting or saving for retirement.

If you look at Alexa von Tobel’s work, you’ll hear her say that money is a lifeline. It may be true that money can’t buy you love or happiness. However, money will affect you every day for the rest of your life. It will naturally seep into your relationships – especially as you look to get married or start a family. Money will also affect the things in your life that make you happy. You don’t need to be rich either. It all about taking care of yourself and living the life you want.

Where You Can Find Alexa von Tobel

First and foremost, check out Money Magazine, where Alexa Von Tobel has a number of published articles. More than her articles though, you might want to read her book, “Financially Fearless: The LearnVest Program for Taking Control of Your Money.” The book discusses the 50/20/30 rule in depth. It also provides tips and exercises to help you understand and take control of your finances.

Alexa von Tobel is no longer the CEO of LearnVest. Today, she is the managing partner of Inspired Capital. According to its LinkedIn page, the company is an “early stage technology venture fund focused on supporting incredible entrepreneurs with proven operators.” The company has been in business since 2019.

Alexa von Tobel founded LearnVest in 2009 because she wanted to help people understand and take control of their finances. Even today, her audience is largely millennials, but many people also find inspiration in her ability to balance being an entrepreneur and a young mother. Alexa von Tobel’s biggest piece of financial advice, the 50/20/30 rule, provides a guide for how you should budget your money. The 50/20/30 rule is a tried-and-true system for finding financial security.