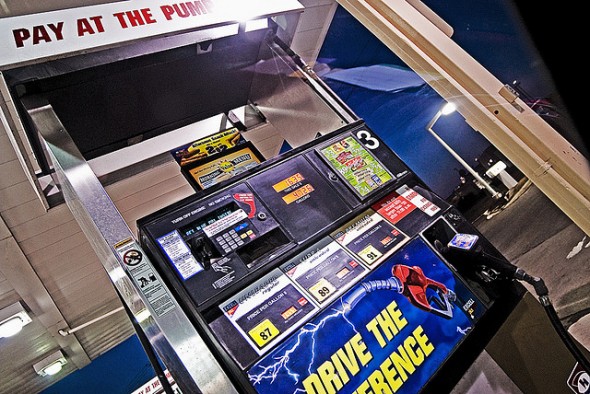 In July 2013 eight states increased their gas taxes. If you don’t live in one of these eight states don’t rest easy just yet; 11 other states are considering similar gas tax increases. I can still remember when I started to drive. I got my license and my shiny new (to me) Ford Escort. No more asking my parents to drive me around or have friends take me from place to place. I was mobile and it was fantastic. The only stipulation my parents handed me with the keys is that I would have to pay for the insurance and gas.

The year was 1996 and the average gas price for the country was $1.23 a gallon. Where we lived, you paid about a dollar a gallon. $10 would take me everywhere I wanted to go for two weeks. Never in my wildest imagination had I considered that twelve years later in 2008, I would pay well over $4 a gallon on a 1500 mile road trip to Canada in our SUV. I won’t even tell you what our gas bill was for the voyage, but it wasn’t pretty. Although gas prices have dropped since the record highs in 2008, they are still inflated and with no decrease in sight. Americans are getting frustrated with putting their hard earned cash into their gas tanks.

Nationwide gas prices are at historic highs, however there are some places that have higher gas prices than others. Of course you are going to see high gas prices in places like Hawaii or Key West due to what it takes to get the gas there. But if you live in the states listed below get ready to pay a lot more to put that tiger in your tank:

Home to beautiful beaches, Hollywood and one of the nation’s largest cities, people head there in search of fame and fortune. Unfortunately in a lot of cases what hits them is the cold hard truth of what it actually costs to live in the sunshine. California is the highest taxed state in the country. Although their tax increase wasn’t the highest of the eight states, it pushed their already high gas prices even higher.

Beautiful vistas and mountains are plentiful in Wyoming, but don’t plan your road trip there just yet. Legislators increased the state’s gas tax 10 cents per gallon. For the occasional visitor driving through it won’t make a big difference, but families who live there can expect to pay an extra $114 a year.

With a high population of New York City commuters, Connecticut is also one of the states that increased gas tax. This increased the tax 2 points. Now drivers in the constitution state pay almost 50 cents per gallon in taxes. In an area which has naturally high gas prices, taxpayers are feeling the hurt even more with every trip to the pump

Although the gas prices here in North Carolina are still much lower (at least 30 cents a gallon) than I was used to living up north, we have seen them get a bit higher over the summer.  It’s often hard to tell if it’s from the fluctuation in the market or the small increase in taxes.

If you live in Maryland, Kentucky, Nebraska or Georgia you’ve also seen a gas tax increase this summer. Although in the grand scheme of things these taxes don’t seem like a lot, in an economy with families that are already struggling, it can be another nail in the coffin. We may never see our gas prices back to what they were when I started driving, but less than $3 a gallon would be nice. What do you pay in your state for gas? How much was it to fill your tank when you started driving? Share with us below!