SmartAsset Talks to Sandy Smith of Yes, I Am Cheap (Video) 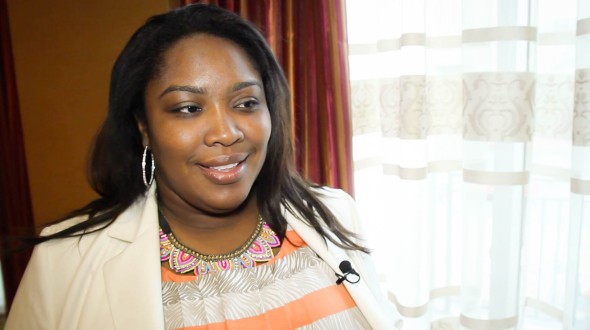 Sandy Smith is cheap. And she’s not afraid to tell people about it. Her motto is, “I embrace the cheap.” She says being cheap means being concerned about saving money, getting the best bang for your buck and not spending what you don’t have to. We caught up with Sandy at FinCon, a conference for personal finance bloggers, to talk about her personal finance blog as well as a new venture she’s working on with other bloggers.

Sandy tells us in this edition of SmartAsset Talks that though frugal may sound a little more aristocratic, she doesn’t believe there is a difference between being frugal and being cheap. She says especially following the last recession, we all need to be focused on being a bit more cheap.

Another thing that came out of the recession, was her understanding how people of color were hit especially hard by the economic downturn. Sandy decided to do something about it. She partnered with other personal finance bloggers to form a new site specifically aimed at educating all people of color on money.

To hear more about both Sandy’s personal blog, where she has been chronicling her journey out of a six-figure debt since 2009, or her new joint venture educating people of color on money matters, check out the video above.

Thank you so much to Sandy for joining us at SmartAsset Talks! This is an ongoing vlog (video blog) series with some of your favorite bloggers and personal finance experts. Keep checking back here for interviews – once a week we post them right here on the SmartAsset blog.

AJ Smith, CEPF® AJ Smith is an award-winning journalist and personal finance expert with more than a decade of experience in television, radio, newspapers, magazines and online content. She has appeared on CNN, The Weather Channel, Wall Street Journal Radio and ABC News Radio. Her work has appeared on websites including MarketWatch, Huffington Post, Yahoo Finance and Credit.com. She is a contributor for Forbes. The SmartAsset VP of Content and Financial Education has degrees from Princeton University and Mississippi State University. AJ was named an honoree of the 2018 Women in Media awards in the Corporate Champions category. She is a member of the Society for Advancing Business Editing and Writing and a Certified Educator in Personal Finance® (CEPF®). AJ and her husband also write and illustrate educational children's books.
Share Tweet
Related Posts
Read next article