Craft Without the Cost: Budget-friendly Brews 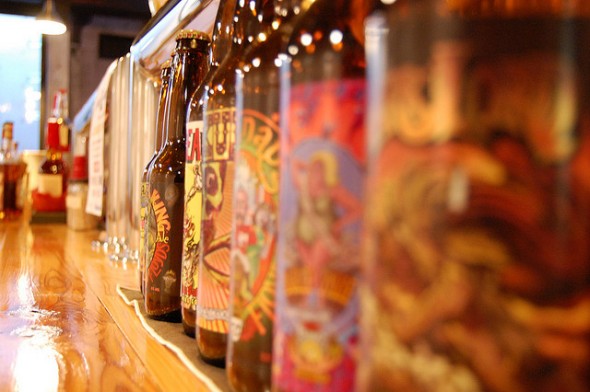 Rich, poor, or somewhere in between: every class of society enjoys a drink or two. Unfortunately, drinking well typically requires one to spend near-exorbitant (and sometimes downright flashy) amounts of money on a product that is, essentially, delicious poison. For the everyday imbiber, beer is a logical choice.

“You have to work hard to deserve to drink it.” -Ernest Hemingway on beer

Beer is readily available and also a cultural symbol attached with the working class. It’s also cheap, but that often means you have to sacrifice taste and- let’s face it- class. Since the well-documented rise in micro craft brewers, however, even hard-partying frat boys may have an inclination to turn their nose up at a 30-rack of cheap domestic. Luckily, there are a number of palette-pleasing, wallet-appeasing craft beers available.

For whatever reason, spending under ten bucks on anything is such a huge selling pint, er, point (ba-dum, tss!). These breweries offer six-packs at the right price, and are best enjoyed in front of others who spent similar amounts for inferior products:

Sure, Budweiser is near synonymous with “USA.” 12-packs of Coors can still be found at almost every BBQ and college campus. Let’s not forget, however, these very American brews that are easy on the wallet and offer up some blue-blooded nostalgia to boot. Here are a few classics from the experts at First We Feast:

Resourcefulness is the New Thrifty

When all else fails, and you have no choice but to finish off that dreadful 30-pack of crappy domestic, get crafty with stuff in your fridge. There are simple hacks that can make your beer not only taste better, but be far more aesthetically pleasing than the Silver Bullet can. Sidenote: these beer recipes and cocktails make a great addition to the perfect (and money-saving) tailgate event.

Just to Get By

Let’s be realistic: if you are strapped for cash, you could definitely use a drink. You’ve been working hard (or looking hard for work; amirite, freelancers?), and need to let off some steam. Fortunately, there are options for us perpetual penny pinchers that don’t taste like the dorm days. We can drink to that. Cheers!