5 Reasons To Take the City Bus 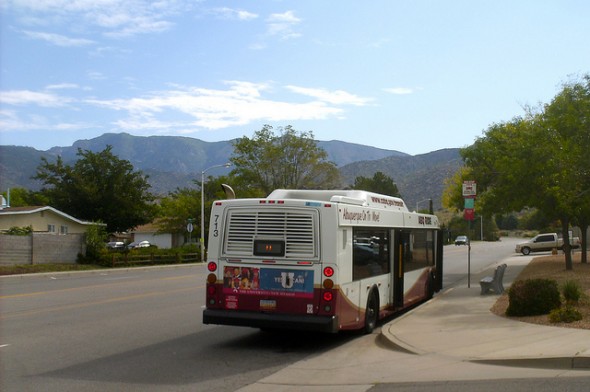 I’ve recently started taking the city bus to work. Some of you reading this might yawn and say, ‘so what?’ Some of you might think, ‘I would never take the city bus.’ Every city transit system is different, and while it may seem like a no-brainer to take public transit in New York City, it doesn’t necessarily compute to folks in Albuquerque. Beyond just saving money and the environment, there are several reasons why you should really contemplate riding the mass transit in your city.

The Money It Saves

I can’t tell you just how much money riding the city bus has actually saved me in the past few months. I work for city government in downtown Albuquerque and we have to pay for parking as many do, in addition to paying for gas to get to work. By taking the city bus for several months, I’ve saved well over $200.

I was spending around $25 a week just for gas to get me to work. We pay $60–$75 in monthly parking fees as well to park in downtown Albuquerque.

New Mexico isn’t as public transit friendly as many other larger cities, but it’s working on it. EVERYONE has a car. We are also pretty spread out, so commuting is usually several miles. But as the city buses connect more, it may make sense for even more people to switch their commute.

It Keeps the Air Beautiful

This may not apply to the air in Beijing, but in Albuquerque, our air is pretty clean for a moderate-sized city. I’d love to keep it that way, which means we’ve got to put less pollution into the air. The more people ride public transportation, the less cars and less pollution in the air.

I have to take a freeway route to work, and inevitably there is always a crash somewhere along the way. There are easily 2-3 car crashes on the freeway a week, which could add anywhere between 5-20 extra minutes in commute time. I realize this is a selfish rationale for taking the city bus, but less car crashes also mean less people on the road to get hurt. Bottom line, cars clog the roads.

I Get to Chill Out On My Way to Work

One of the best things about taking the city bus to work is the lack of stress I feel about being in traffic. No worries about traffic jams, I just get to read my book and chill out. If I need to do work on the way to work, I can do that too. In fact, it takes me almost the exact amount of time riding the bus to work as it takes me to drive to work and walk four blocks to my building.

I Can’t Find a Reason Not To

Before I started on my public transit journey, I could think of a handful of excuses as to why I didn’t want to take the city bus to work. You know what, they were all lame. Now that I ride the bus regularly, I really can’t think of one good reason why I should stop.